US, NEW YORK (ORDO NEWS) — The parliament of Kosovo supported the new cabinet headed by the representative of the Democratic League of Kosovo, Avdulah Hoti. The meeting was broadcast on Wednesday by the press service of the parliament.

61 deputies in the 120-seat parliament of unrecognized education voted for Hoti’s cabinet. Addressing the deputies, Hoti said that the priorities of his cabinet will be economic recovery, the fight against the consequences of the coronavirus, as well as the establishment of a visa-free regime with the EU. The new cabinet will include two representatives of the Serb minority.

Former Prime Minister Self-Determination Albin Kurti protested outside the parliament building during a vote. He also announced upcoming protests throughout the education.

Hoti received a mandate to form a cabinet after the parliament passed a vote of no confidence on the Kurti government on March 25. The new Prime Minister of Kosovo was appointed without the dissolution of parliament and new parliamentary elections, since earlier the head of the unrecognized Kosovo, Hashim Thaci, and representatives of the largest parties in Kosovo at the talks concluded that “early elections in the country are not so necessary and that we need to focus on the fight against coronavirus.”

In the last elections held in unrecognized Kosovo on October 6 last year, “Self-determination” won, receiving 29 seats out of 120, followed by Isa Mustafa’s “Democratic League of Kosovo” (DLK, 28 seats). The Democratic Party of Kosovo (founder – Thaci, chairman – speaker of the parliament Kadri Veseli) took third place with 24 seats, and the Alliance for the Future of Kosovo by former Prime Minister Ramush Haradinaj received only 13 seats.

Soon, however, contradictions arose between the Self-Determination coalition and the DLK, which aggravated after Kurti replaced Interior Minister Agim Veli from the DLK, demanding a state of emergency in Kosovo because of the coronavirus. After this, Mustafa demanded a vote of no confidence in the government, he was supported by the opposition parties Tachi and Haradinaya.

International court may end the rule of former rebels of Kosovo

In Kosovo, a man swallowed an old Nokia model and survived

International court may end the rule of former rebels of Kosovo

In Kosovo, a man swallowed an old Nokia model and survived 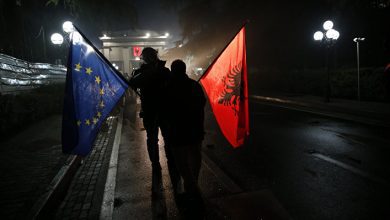 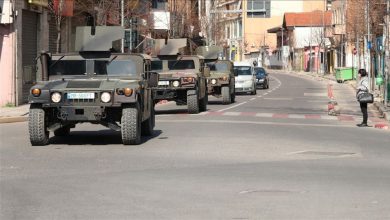