The parliament of Kosovo, after an 11-hour meeting by a majority of votes, passed a vote of no confidence in the government of Albin Kurti. The meeting was broadcast on Wednesday by the press service of the parliament.

Distrust in the Kurti government, which worked for only 50 days, was expressed by 82 deputies, 32 supported the line of the current cabinet, one deputy abstained. The pro-Serbian party Serbian List also voted against the government.

A simple majority of 61 votes in a 120-seat parliament was needed to pass a vote of no confidence and the subsequent resignation of a cabinet of self-proclaimed education. Albin Kurti called the vote against his cabinet “the result of an effective government fight against corruption that does not suit his political opponents.”

In connection with the coronavirus epidemic, all deputies were sitting in the hall in medical masks and observing a safe distance of 1.5 meters. After each performance, the stands and microphones were treated with a disinfectant solution.

It is expected that in the near future, the president of Kosovo, Hashim Thaci, will appoint an acting prime minister, who will form a technical office until new elections, the holding of which is postponed indefinitely due to coronavirus.

Disagreements in the ruling coalition of the right-wing radical Self-Determination Albin Kurti, who won parliamentary elections, and the moderate Democratic Union of Kosovo (DSC), Isa Mustafa escalated after Kurti replaced Interior Minister Agim Veli from DSC, who demanded a state of emergency in Kosovo due to coronavirus.

After this, Mustafa demanded a vote of no confidence in the government, he was supported by the opposition parties of the election losers Hashim Tachi (Democratic Party of Kosovo) and former Prime Minister Ramush Haradinaj (Alliance for the Future of Kosovo).

In the last elections held in unrecognized Kosovo on October 6 last year, “Self-determination” won, which received 29 out of 120 mandates, followed by the Democratic Union of Kosovo (28 mandates).

The Democratic Party of Kosovo (founder – Thaci, chairman – speaker of the parliament Kadri Veseli) took third place with 24 seats, and the Alliance for the Future of Kosovo by former Prime Minister Ramush Haradinaj received only 13 seats. According to official figures, in Kosovo, 63 people are currently infected with the coronavirus. 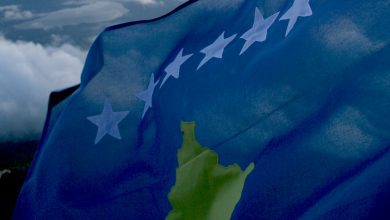 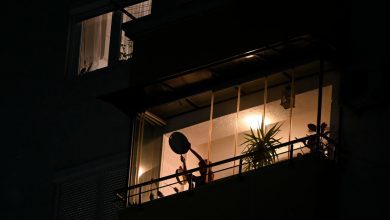 Kosovo protests politicians from balconies in the time of coronavirus