(ORDO NEWS) — South Korean defense company LIG Nex1 has completed sea trials of the Sea Sword-II unmanned boat. According to the creators, the success was a big step forward in the development of unmanned offshore platforms.

Unmanned technologies are increasingly being used in shipbuilding. On December 15, the Korean defense company LIG Nex1 announced the completion of sea trials of the Sea Sword-II (in Korean – Haegum) unmanned surface ship. Previously, the Sea Sword-II proved its worth during operational tests conducted off the coast of the South Sea.

The unmanned boat project is co-financed by the Department of Commerce, Industry and Energy and the Defense Procurement Programs Administration (DAPA). Sea Sword-II was developed by ADD specialists for military and commercial purposes.

Sea Sword-II is capable of conducting reconnaissance in a wide variety of conditions, including in coastal areas near military bases. The boat can be used for underwater research and rescue operations.

The creators tested, in particular, the integration of data from multiple sensors, mapping and motion control. The success was a significant step forward in the creation of unmanned offshore platforms. It will help increase the competitiveness of the LIG Nex1 in the market.

“We will do our best to gain unrivaled leadership domestically as a pioneer in the field of maritime unmanned systems and expand into foreign markets such as the Middle East and Southeast Asia,” the company said in a statement. 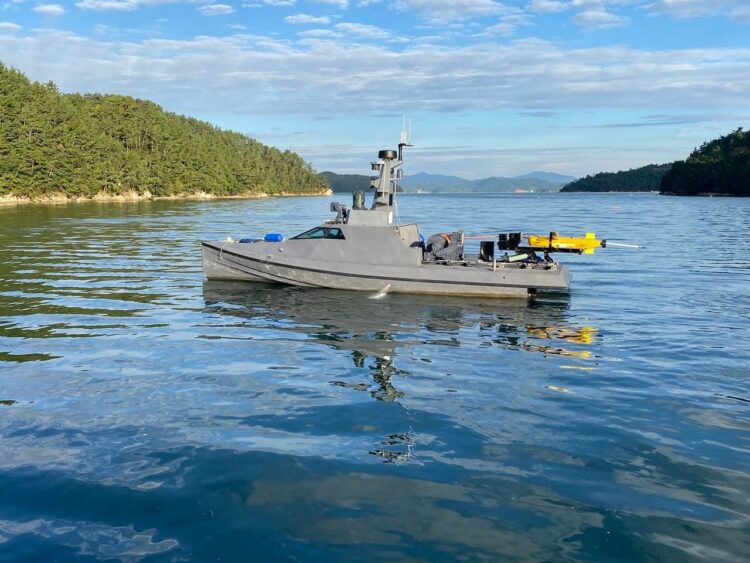 LIG Nex1 first unveiled the USV Sea Sword-II at MADEX 2019 in Busan. The boat is 12 meters long, 3.5 meters wide and weighs 11 tons when fully loaded. It was equipped with two diesel engines providing a top speed of 35 knots (about 65 kilometers per hour).

Sea Sword II is positioned as a multipurpose platform capable of carrying different modules. In the stern of the boat is a 70 mm multiple launch rocket system. Additional armament includes a remotely controlled weapon station with a 12.7 mm machine gun.

Among the leaders in the development of unmanned ships and vessels is the United States. Last year, Leidos delivered the Seahawk, a sister ship to the famous Sea Hunter, to the US Navy.