However, in accordance with the rate of reproduction of these animals, later they began to symbolize fertility. But along with these classic archetypes of world mythology, the rabbit was sometimes depicted as a terrible killer.

Fans of Monty Python and the Holy Grail may remember the evil killer bunny that attacked King Arthur and his valiant knights, but few know that this farcical scene has its origins in real medieval manuscripts. 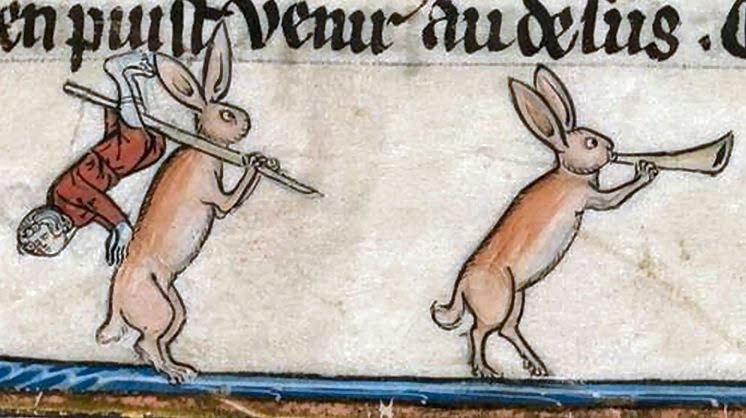 Handwritten animal skin books were first created by monks in 11th century monasteries, and illustrated books adorned with gold and silver are known as “illuminated”.

A scholarly article published in 2016 in the Daily Art Magazine explains that the “marginals” or margins of some illuminated texts depict a number of mythological creatures known as “droleri”, which peaked in the period from 1250 AD to the 15th century.

While rabbits began their symbolic journey into this world as markers of purity and helplessness, the mythological dimension of the drolerie was reversed, so rabbits were often depicted in illuminated texts as sadistic, cruel, and unpredictably cruel creatures wearing armor, who killed animals and people in the most horrific ways. 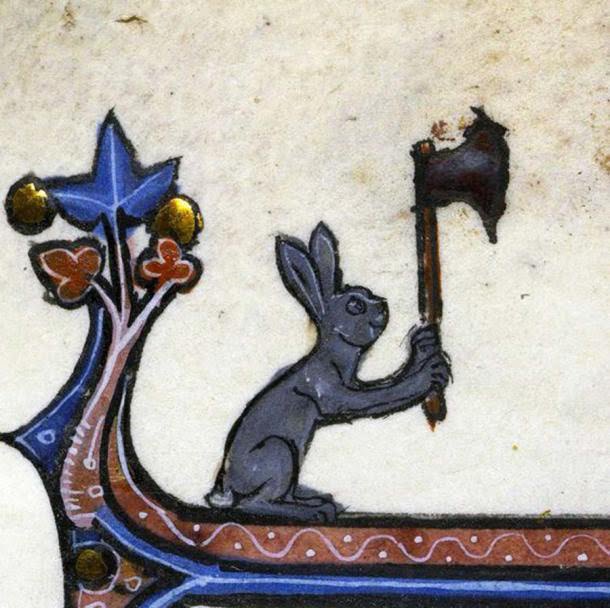 According to art historian Margaret Rickert’s book Painting in Britain: The Middle Ages, medieval scribes painted “roosters with human heads, dogs carrying human masks, archers shot from a fish’s mouth, and bird-like dragons with an elephant’s head on their backs.”

Dr. Jörn Günther says that the idea of ​​a reverse world in which everything is turned upside down “goes back to antiquity” when people ritually fought the supposed evils of winter. 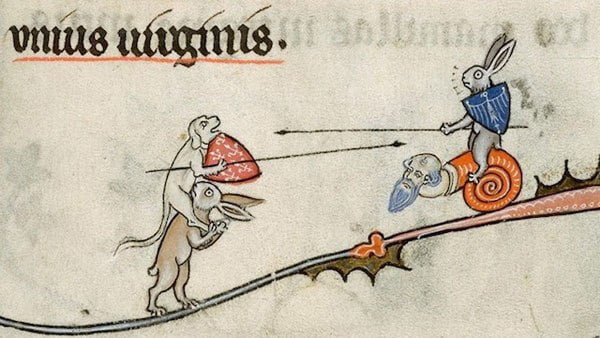 A later 2022 article in Art Magazine Daily states that during the Middle Ages and the Renaissance, “the culture of laughter tried to make the ordinary world, full of mysticism, dogmatism and seriousness, more tolerable”.

Moreover, carnival festivities and jokes “dramatized the comic and relative side of absolute truths, and the supreme authorities emphasized the duality of reality, representing the power of both absolute freedom and farce.”

This suggests that killer bunnies were just medieval jokes and a mirror of the culture of the time, but there is much, much more to it. 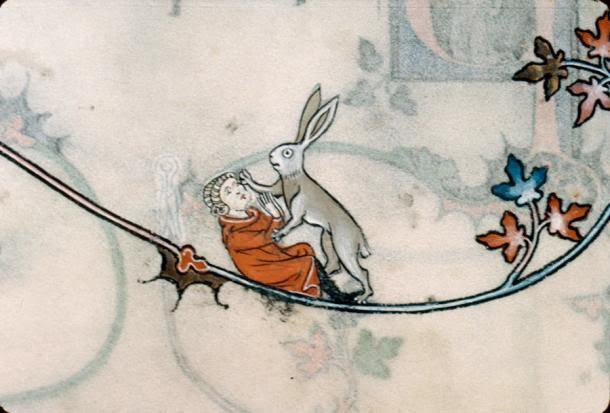 An entry in the “Mediaeval Manuscripts Blog” says that during the “Harley Cataloging” project, a re-catalogue of “Arnstein Passional” that was done at Arnstein Abbey in Germany around the 1170s, researchers noticed a particularly early killer rabbit.

Believed to be the earliest killer rabbit ever discovered, the decorated “T” serves as a gallows from which two rabbits hung a human hunter. The killers in this case stand on their hind legs, pointing with their front paws at the murdered person and mocking him.

In order to interpret this horrific scene, we must think backwards to better fit the inverted setting of the magical reverse world.

Rabbits in this world are fluffy and innocent predatory animals, so it makes sense that in the upside down world they would become cruel arbiters of justice, punishing the human hunters who killed the rabbits. 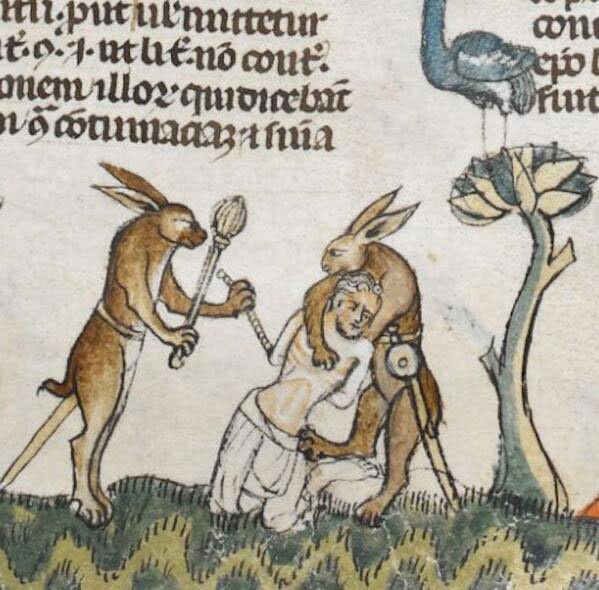 This is certainly the case in the “Smithfield Declarations” which were written in London in the 1340s AD and are now in the British Library in London.

The marginal scenes in these illuminated texts depict a group of giant obese rabbits engaging in hyper-violence against a human hunter and his hound.

The first rabbit is an archer and shoots the hunter in the spine, whereupon the other rabbits tie him up and drag him to the rabbit judge. After an inevitable guilty verdict, a gang of rabbits lead the hunter away and gleefully behead him.

The dog suffered the same fate as its owner and was beheaded after being found guilty in a rigged rabbit trial.

It can be concluded that the killer rabbit motif has many possible interpretations, but they all come together in one that reflects inverted morality in a medieval upside down world. But what exactly did the words “inverted” and “inverted” mean in the sixteenth century?

According to Vincent Robert-Nick’s 2018 book An Introduction to the Upside Down World of the 16th Century, the words “upside down” and “inverted” were used in the same way that we might use the words “weird” or “bizarre”, most often to describe anomalous or unnatural objects or phenomena.

The topos of the inverted world, Robert-Nico wrote, evokes thoughts of a world returned to its original state of primitive chaos, in which everything is turned inside out, turned upside down and put out of bounds. 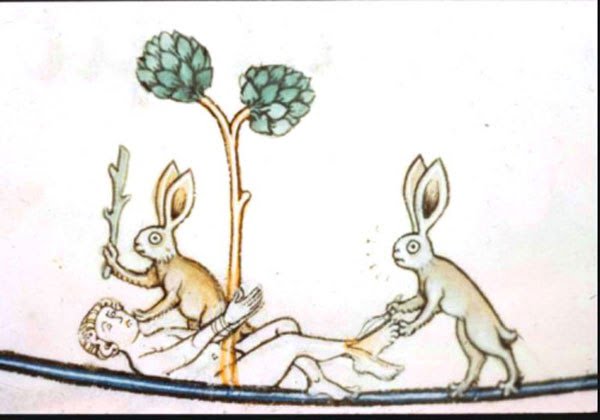 Now that you know about it, keep an eye out for this medieval rhetorical device “upside down world” as it is found in hundreds of texts, poems, pictures and proverbs that collectively describe a place where natural impossibilities in this world, or dimension, are everyday. phenomena.