(ORDO NEWS) — If not for the fact that this celestial body is a satellite of the planet Jupiter, due to its huge size, it could well pass for a planet. The diameter of Ganymede is more than 5200 km, which is even larger than Mercury and only slightly smaller than Mars.

In March 2016, the Hubble Space Telescope also made a surprising discovery that indicates the existence of a large ocean of salt water on the moon.

And, as far as we know, the presence of liquid water is vital, as it may indicate the existence of alien life.

Planetologists believe Ganymede could be one of the places where extraterrestrial life can be found in our solar system, besides Earth.

“During its 25 years in orbit, Hubble has made many scientific discoveries in the solar system.

Deep in the ocean beneath Ganymede’s icy crust lie more interesting possibilities for life beyond Earth.” 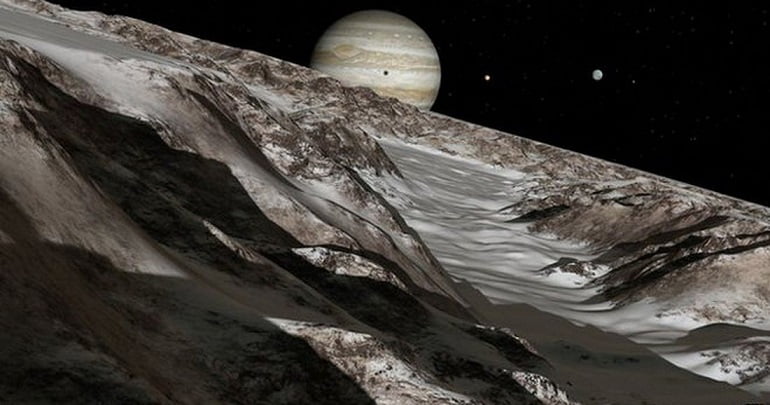 As another Juice mission scrutinizes Ganymede and Europa, another NASA mission, dubbed Clipper, will focus on exploring the latter.

Thus, in a few years, we will have a complete panorama of the oceanic satellites surrounding the largest planets in the solar system.

Ganymede is a satellite with its own magnetic field.

Ganymede is the largest planetary moon in the entire solar system and the only one that has its own magnetic field.

The discovery of a huge body of water under the moon’s icy landscape has increased the chances of detecting extraterrestrial life without leaving the solar system, scientists say.