(ORDO NEWS) — There was no clear figure of Satan in the earliest Jewish stories, but one of the earliest names was Mastema. Mastema is portrayed as an adversary of God.

Mastema has its origins in the Jewish apocryphal work, the Book of Jubilees, in which it plays a role in many traditional Old Testament stories.

In addition to representing the dualistic trend in early Jewish thought, Mastema can also represent the in-group-out-group dynamic of the Jewish community. 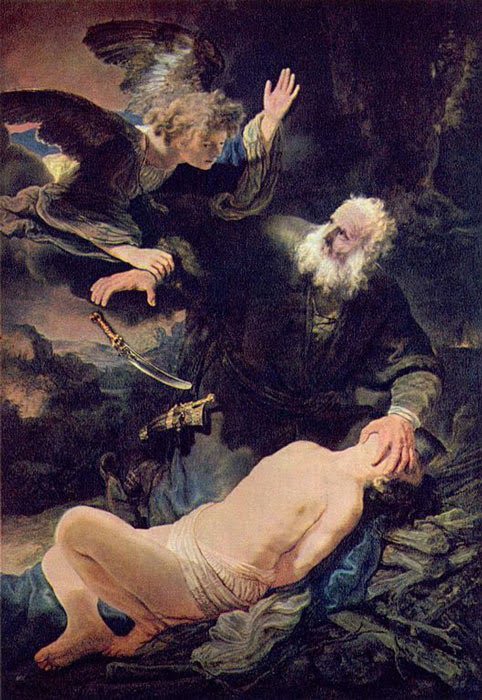 Rembrandt depicted Abraham about to kill his son Isaac on the orders of Mastema, the enemy of the Jewish god Yahweh.

Mastema in the Book of Jubilees

In the Book of Jubilees, Mastema is depicted as a powerful angel who acts as the main adversary of God or Yahweh. Apparently, Mastema was originally an angel who rebelled against Yahweh.

After the flood, nine-tenths of the angelic followers of Mastema were imprisoned in the abyss. However, one-tenth of them, Yahweh allowed the will of Mastema to be carried out over mankind.

After the flood, Mastema played an important role in the rise of Israel. Apparently, the author of the Book of Jubilees used it to correct biblical stories that were considered theologically disturbing by both Jewish and Christian readers.

When Abraham actually does this, God intervenes, putting Mastema to shame. Mastema also plays a large role in Exodus. For example, it is Mastema, not Yahweh, who tries to kill Moses during his return to Egypt.

Throughout the Book of Jubilees, Mastema acts as a rogue and troublemaker for the people of Israel and the followers of Yahweh.

Mastema is also considered the ruler of uncircumcised humanity. The Book of Jubilees says that all peoples are controlled by spirits, and the main one is Mastema. Mastema, in fact, is the ruler of all idolater peoples and their accompanying evil spirits. Israel, on the other hand, is a nation ruled directly by Yahweh.

Although the main role of Mastema is a direct rival of God, he is also used by God to punish mankind and acts as a kind of jailer of idolatrous peoples.

The Book of Jubilees also says that circumcision brings people out of Mastema’s dominion and into Yahweh’s dominion. At the end of the age, it is understood that all mankind will be freed from the power of Mastema and transferred to the power of Yahweh. 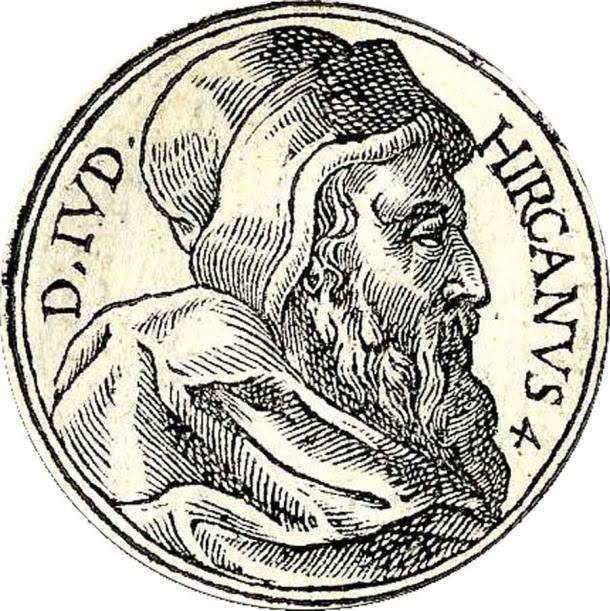 John Hyrcanus is famous for expanding the dominions of the Jewish people, but also for angering many, and the Book of Jubilees is said to have been written in part to remedy this.

The main source for Mastema is the Book of Jubilees, which is a Jewish apocryphal book most likely written in the 2nd century BC. during the reign of John Hyrcanus. John Hyrcanus was the high priest of the Hasmonean dynasty, founded after the Maccabean revolt in 166 BC.

The Maccabean Revolt occurred when the Seleucid ruler Antiochus IV Epiphanes attempted to forcibly Hellenize the Jews and desecrated the Jewish temple. In response, the Jews of Palestine rebelled and created a short-lived independent theocracy. John Hyrcanus took office in 134 BC. and ruled until 104 BC.

John Hyrcanus is known for expanding the dominions of the Jewish people by conquering territory in northern Palestine and destroying the rival Samaritan temple on Mount Gerizim. He also subjugated the Edomites in the south and forced them to convert to Judaism.

Although John Hyrcanus used Judaism as a way to consolidate his power by uniting his dominions under a common religion, he was also sympathetic to Hellenistic culture. This outraged some Jewish sects, in particular the Pharisees, who questioned his right to rule as high priest.

Interestingly, this figure of the devil appeared during the days of Jewish ultra-nationalism, when the Jewish people were very concerned with distinguishing themselves from non-Jewish or Gentile groups, as well as distinguishing faithful Jews from apostates.

This has led some scholars to suggest that Mastema’s appearance represented an attempt by the Jews to distinguish themselves from other peoples and from other Jews who were not considered faithful to the Jewish nation and religion.

The faithful Jews were the chosen people of God on the side of good, while other nations, as well as apostate Jews, were under the power of Mastema on the side of darkness in a cosmic war against God. 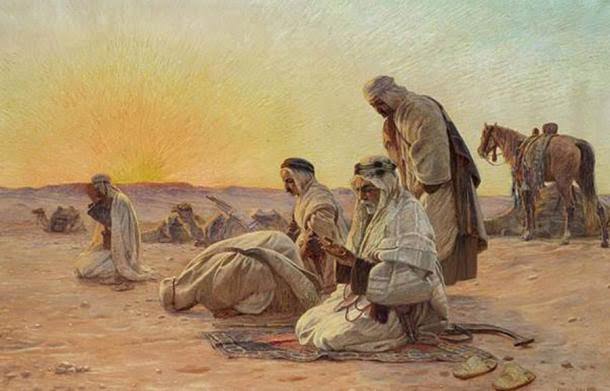 Essen Morning Prayers, painted circa 1936 by Otto Pliny. It is believed that the Essenes had special prayers associated with the rising of the sun and may have been part of the rise of the Mastema in Jewish religious life.

There appears to be some dispute as to which Jewish sect is responsible for the creation of the Book of Jubilees and, by extension, the figure of Mastema. Three main hypotheses identifying the origin of the book and Mastema with the Pharisees, Essenes, and an early Jewish opponent of Christianity, respectively.

The Pharisees were an important sect that emerged after the Maccabean revolt in Jewish Judaism. The Pharisees are important to Jewish history in that they were the forerunners of the rabbis and what might be called the roots of modern Judaism.

The Pharisees were mostly commoners who took it upon themselves to study Jewish law and history. They believed that in addition to the Torah, there was an oral tradition dating back to Moses, on the basis of which they interpreted the Torah.

The Pharisees believed that Jews should separate themselves from non-Jews by following Jewish law and not marrying Gentiles. They also believed in the resurrection of the dead and the coming of the Messiah. In many ways, the Pharisaic sect led to the emergence of both modern Judaism and early Christianity.

The Pharisees occupied a middle position between groups such as the Zealots and Essenes, who wanted to completely cut themselves off from the Hellenistic world, and the Sadducees, who were very comfortable accepting whatever aspects of Hellenistic culture suited them.

Of the Jewish sects that emerged after the Maccabean rebellion, the Pharisees are one of the most well-studied factions. The Pharisees believed in many of the ideas that the Abrahamic religions hold today.

The Pharisees probably believed that the various nations were ruled by rebellious angels and that these angels would be defeated in the final battle. The Pharisees also emphasized loyalty to Jewish law and separation from other nations.

The Pharisees also believed in the coming of the Messiah and the coming of an era of world peace, when the evil forces ruling the world would no longer have any power. Many of these ideas feature prominently in the Book of Jubilees.

These themes include the importance of Jewish Law and the victory of good over evil. Mastema’s idea also fits well with Pharisaic theology, which accepted traditional Jewish beliefs about angels. 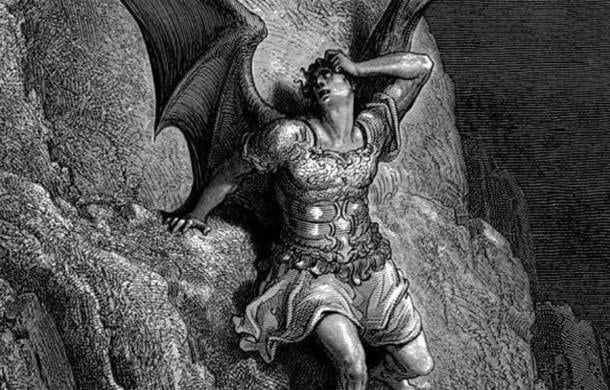 One of the few old images of Mastema that shows a creepy man with unearthly wings.

The Essenes believed that other Jewish sects, including the Pharisees, had become corrupt. The Essenes lived in proto-monastic communities in the Judean Desert, had dietary restrictions and were not allowed to marry. Little is known about the worldview of the Essenes.

However, the Essenes are associated with the Dead Sea Scrolls because it is believed that the community of Qumran, near which the scrolls were found, was a community with beliefs similar to those of the Essenes.

It reflects a strict interpretation of Jewish law and a bleak view of a non-Jewish world largely under the control of the evil Mastema. However, probably not enough is known about the Essenes to establish whether they were the authors of the book or Mastema’s figure.

It has also been suggested that stories about Mastema may have originated among opponents of early Christianity. The idea of ​​Satan is more developed in the New Testament than in the Old.

The concept of the prince of darkness ruling the world is very clearly expressed in the Pauline epistles and in the gospel. It is possible that the Mastema may have arisen as a Jewish response to the New Testament interpretation of Satan.

The main problem with this hypothesis is that, if it were true, it would mean that the Book of Jubilees must have been written before the destruction of the Second Temple in 70 CE, implying that the Temple is still the center of Jewish worship and practice in the present Book of Jubilees.

On the other hand, the concept of Mastema, the prince of darkness, opposed to God, probably does not contradict the views of many Jews and Christians in the 1st century AD. Based on available evidence, the most likely source for the Mastema concept is the Pharisees of the 2nd century BC. 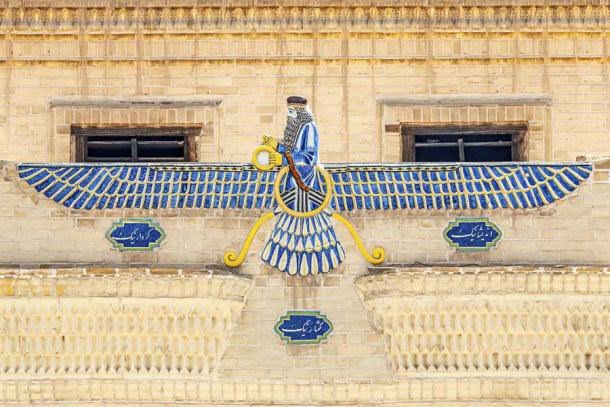 The meaning of masthem in the history of religion

In the first millennium BC, the concept of a cosmic battle between good and evil became widespread in southwestern Asia. An early example of this is the Zoroastrian religion. Zoroastrianism teaches that the universe is ruled by two opposing forces or spirits, one of which is good and the other is evil.

Zoroastrianism was the main religion of the Persian Achaemenid Empire (550-330 BC), and it is possible that Zoroastrian dualism influenced Jewish thinkers living in the Persian Empire after the Babylonian exile. Mastema may be an example of the expression of this moral dualism in Judaism.

Although Mastema ruled over the nations, one day the nations under his rule would come under the rule of Yahweh.

The ancient Jews, like the ancient Christians, believed that one day the world would be restored to its original perfection. This belief in the final renewal of the world was carried on in the Judeo-Christian tradition and seems to live on today in the modern secular West.

The West no longer lives in anticipation of the apocalypse and the second coming of Christ , although many Western Christians still believe in this, but there is still a belief that certain evils will one day be defeated and the world will be a better place than it is now.

The ancient Jewish and Christian concept of the apocalypse has probably given way to the modern concept of social progress.

Just as Jews and Christians have always believed that the devil and his evil empire will be defeated by God and the world will be restored to its original perfection, many modern secular activists believe that one day evils such as oppression, war and poverty will be defeated by natural means. such as social activism and technological innovation.

The cosmic war between good and evil continues in the minds of both religious and secular people , regardless of whether the forces of good and evil are called Yahweh and Mastema, God and Satan, or justice and oppression.

Scientists closer to understanding the mysterious phenomenon of deja vu

Scientists closer to understanding the mysterious phenomenon of deja vu