(ORDO NEWS) — The ShadowCam camera mounted on the Danuri lunar probe has captured the most detailed image to date of the interior of the lunar crater of eternal night.

The instrument observed part of the wall and floor of Shackleton crater, located at the south pole of the moon, which is capable of containing deposits of water ice, according to the project website.

This is a telescopic camera of the Ritchey-Chrétien system with a main mirror diameter of 195 millimeters, equipped with a passive cooling system and a light shield.

The camera is capable of capturing images with a resolution of 1.7 meters per pixel and is more than two hundred times more sensitive than the narrow-angle Lunar Reconnaissance Orbiter Camera. 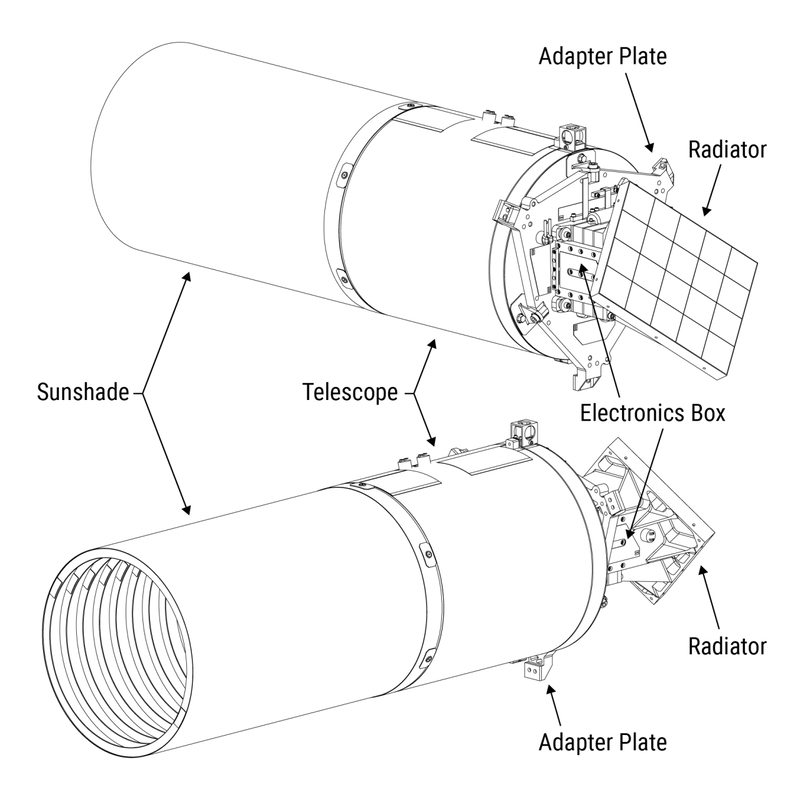 Such characteristics of the instrument will allow it to obtain the most detailed images to date of the craters of eternal night, which are located near the poles of the moon.

Their interiors are never illuminated by the Sun, making craters cold traps capable of keeping water ice and other volatiles frozen for long periods of time.

The data that ShadowCam will receive will help scientists estimate the distribution and volume of water ice in polar craters, which is essential for future manned missions to the Moon.

At the end of December 2022, Danuri entered a working circular polar orbit around the Moon, about 100 kilometers high, and on January 9, 2023, NASA presented the first ShadowCam image.

It was hit by part of the Shackleton crater, with a diameter of 21 kilometers, located at the south pole of the moon.

The image is 2040 meters wide and shows the sheer side wall of the crater, the bottom covered with craters, and the track from a five-meter boulder that rolled to the bottom.