The last line of segments of the 6.5-meter mirror slid into place on command from Earth, completing the deployment of the James Webb Space Telescope.

“I am overwhelmed with emotions. What a crucial stage is behind! Now we see this amazing picture in the sky! ” said Thomas Zurbüchen, head of NASA’s Science Missions Department.

More powerful than the Hubble Space Telescope, the $ 10 billion Webb Telescope will observe the first stars and galaxies that formed about 13.7 billion years ago.

To accomplish these tasks, NASA equipped the observatory with the largest and most sensitive mirror ever fitted to a space telescope – its “golden eye.”

The Webb is so large that it had to be launched two weeks ago aboard a rocket folded like an origami figurine.

The most crucial operation took place earlier this week, when a tennis-court-sized solar telescope screen was deployed, which provides shadowed mirrors and infrared detectors operating in temperatures below zero degrees Celsius.

Work on deploying the mirror began on Friday, when the left side was opened, like a folding tabletop of a folding table. On Saturday, the right side of the mirror was replaced and the mission team members celebrated their victory loudly at the Mission Control Center in Baltimore.

Webb’s main mirror is made of beryllium, a lightweight yet durable metal that is highly resistant to low temperatures.

Each of its 18 segments is covered with a thin layer of gold, which reflects well infrared radiation. The mirror segments will be aligned over the next few days or weeks so that they can jointly focus on stars, galaxies and exoplanets like a single large mirror.

In about two weeks, Webb will reach its destination, about 1.6 million kilometers from Earth. If the rest of the upcoming operations to prepare the telescope are successful, then it can begin observations this summer.

Astronomers expect to look with its help at that period of the evolution of the Universe, when the age of our world was less than 100 million years. 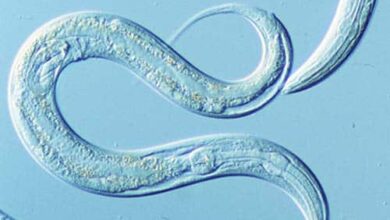