(ORDO NEWS) — The universe is known to be expanding at an accelerating rate. To understand how and why this happens, scientists have developed several theories, but the answer eludes each time, and there are more and more questions.

Now, the largest and most complex astronomical instrument in history is entering the cosmic arena, allowing us to see the universe when it was only 200 million years old. This is a real scientific breakthrough, because we have never looked so far into the past.

What’s more, the James Webb telescope was sent into orbit in an assembled state and opened like an umbrella, arriving at the Lagrange point – a region balanced between the gravity of the Sun and the Earth at a distance of one and a half million kilometers from our planet.

Another advantage of the new telescope is the ability to observe the Universe in red and infrared rays, and also explore the atmospheres of distant planets to see if they are habitable. Just imagine how much we will learn! It remains only to wait until June and our knowledge of the universe will probably change forever.

The James Webb Space Telescope (sometimes referred to as JWST or Webb) is an orbiting infrared observatory. This means that its power is enough to look into dust clouds and see how stars and planetary systems are born.

This powerful tool cost the creators 10 billion dollars.But let’s go back to the past for a moment. In 1990, NASA delivered the Hubble Space Telescope into orbit, which opened the Universe for us in the truest sense of the word.

His achievements were stunning and inspired scientists to create an astronomical instrument capable of looking almost into the very heart of the Big Bang. Hubble also gave scientists a hint – if you use longer wavelengths, you can “go beyond” observations. 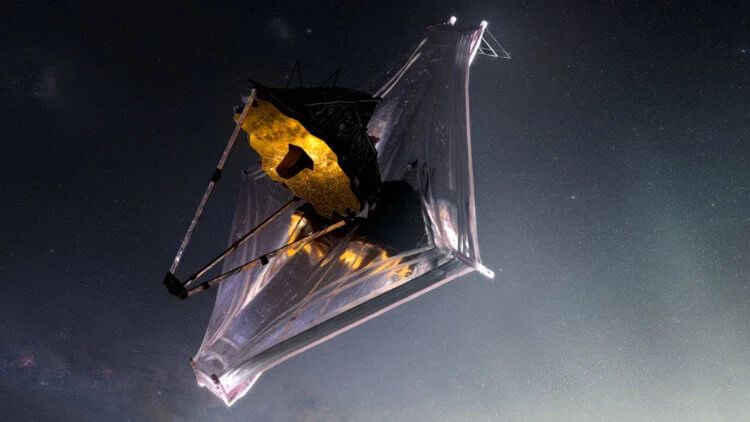 As objects move further and further away, astronomers register a high redshift. And to see the very first galaxies in the universe, you need an infrared telescope that can use radiation to detect celestial bodies.

The long wavelength allows it to pass through space objects that block visible light. Recall that infrared light is one of several types of radiation present in the electromagnetic spectrum. 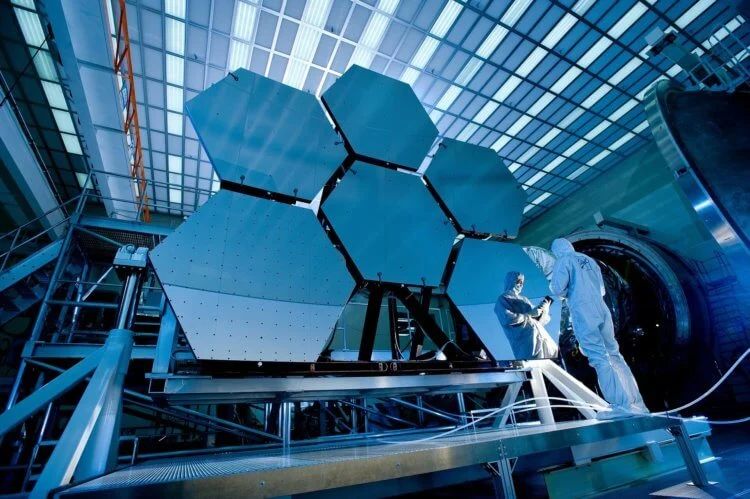 Capturing red and infrared light as it passes through space, Webb reflects it onto a smaller mirror, which then beams the light onto scientific instruments that record data.

Since the telescope will observe very weak infrared signals, it must be shielded from any bright, hot sources such as the Sun. The researchers note that there is a huge temperature difference between the hot and cold sides of the telescope, separated by a sun shield.

The launch of the James Webb observatory, named after the head of NASA in the 1960s, took place on December 25 last year on an Ariane 5 launch vehicle.

The telescope was inside the rocket compartment in the form of a tightly wrapped package of wires, plastic and gold-plated beryllium plates. On his way to his destination, Webb had to turn around (like a robot from the Transformers movies) into a telescope with a golden mirror sliding over a silver sun visor.

After separating from the rocket, Webb traveled to the Lagrange point and successfully deployed the mirror, divided into 18 hexagonal segments, which are now waiting for complex adjustment, in order to begin observations in June. 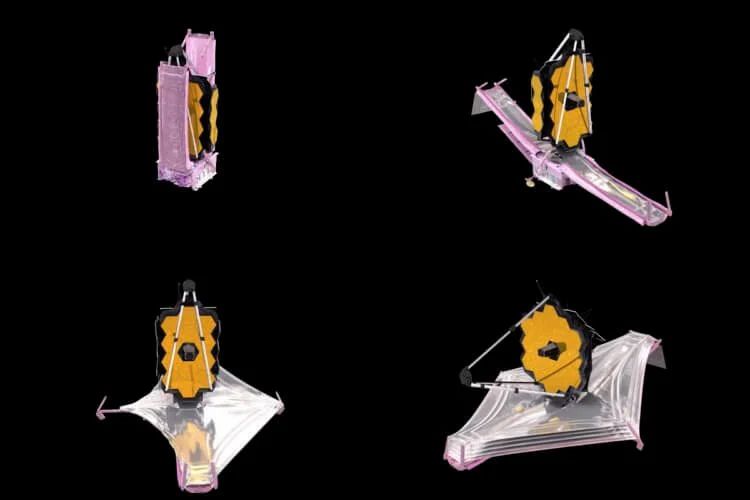 Launching is usually the hardest part of a mission, but deploying a telescope of this colossal scale has become one of the most difficult tasks ever undertaken in space.

The location of the observatory is also surprising – the gravitational instability at the L2 Lagrange point ranges from 250,000 to 832,000 kilometers, and to stay in this orbit, you need to make small adjustments about every three weeks, allowing the telescope to rotate around L2 (in fact, Webb orbits the Sun, it just seems to us that around L2). Otherwise, the mission would have flown into interplanetary space.

What do we learn about the universe?

Given the power of the new telescope and its sensitivity, the discoveries that will follow from the collected data will be stunning.

So, researchers from the SETI project hope that the observatory will make it possible to detect life outside the Earth. Of course, there is no hope of seeing animals or plants at a distance of several light years. But Webb will be able to photograph exoplanets – worlds orbiting other suns.

The discoveries made with the help of the observatory will be revolutionary. In addition to many distant planets, Webb will allow observations of the very first stars that were born shortly after the Big Bang (the so-called First Stars or Population III stars). But the telescope will capture not the stars themselves, but the events of their incredibly powerful, but very distant explosions. 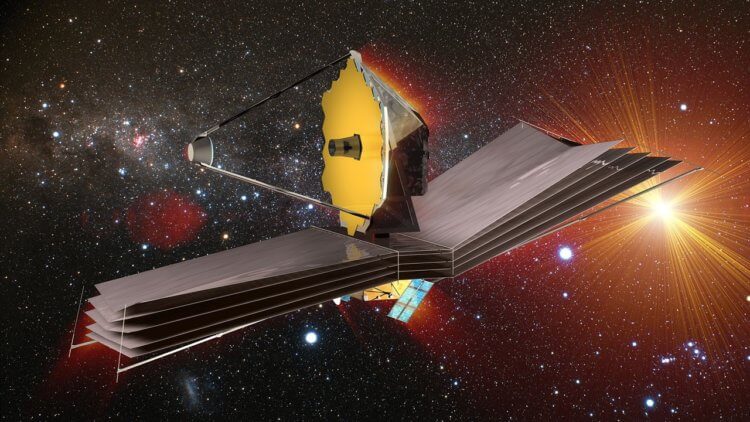 Webb will not forget about the solar system either, allowing us to learn a lot about objects located in its most remote regions. It is believed that these celestial bodies have largely not changed since their formation, which means they may contain clues about the origin of the Earth and the appearance of water on it – a key factor contributing to the emergence of life.

Vladimir Surdin from the State Astronomical Institute. P.K. Sternberg of Moscow State University, hopes that Webb will be able to observe wandering planets wandering alone in the cosmic void: “They are not visible in ordinary telescopes, because they are not illuminated by the light of the mother star, they are dark. But at the same time, they glow with their heat in the infrared range,” the astronomer noted. 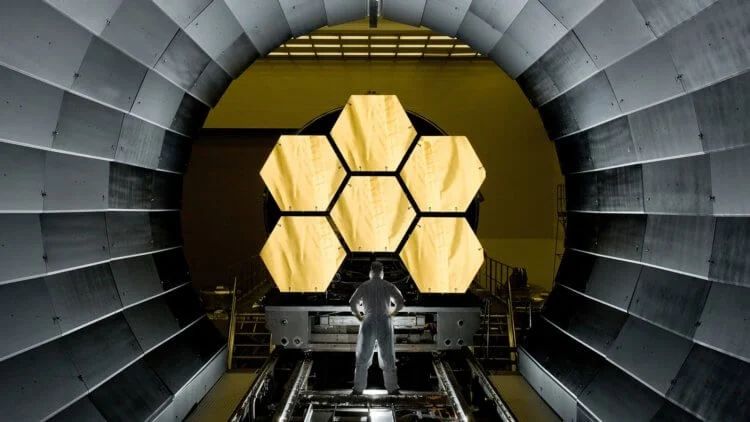 Their observation will make it possible to understand how the solar system, our planet and its satellite were formed. There is still no consensus in the academic community about the origin of the moon. “There is a version that some celestial body hit the Earth, and so it got a satellite. If we see that there are many rogue planets in the galaxy, this version will be confirmed,” says Surdin.

Want to know all about the latest scientific discoveries? Subscribe to our channel in Telegram – so you definitely won’t miss anything interesting!

So we come to the most interesting part – will Webb be able to answer the fundamental questions of astrophysicists, for example, about black holes, dark energy and dark matter? Scientists think so.

And given the ability of the telescope to determine the rate of expansion of the universe, we are waiting for a lot of discoveries. Thus, the mysterious dark matter is in danger of finally being “caught” at least partially – Webb will measure its impact on the environment. 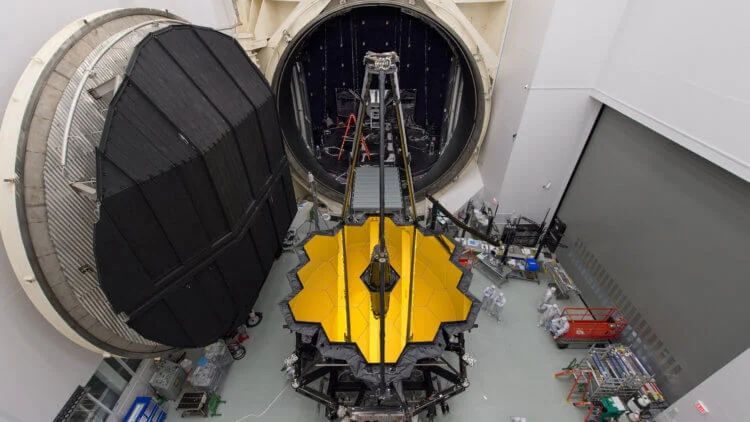 Perhaps the main future achievement of the observatory is a serious revision of our knowledge not only about the Universe, but also about life as such. This telescope will allow all the inhabitants of the planet to find out how the first stars appeared and how it happened that their death gave us life after billions of years.

Looking into the distant past, we must pay attention to the present and think about the future. After all, all the wars, suffering and bloodshed that our small planet has experienced pale in comparison with the structure and beauty of the Universe. Maybe it’s time for us to look up?

Perhaps soon the James Webb telescope will be gone

Perhaps soon the James Webb telescope will be gone