(ORDO NEWS) — As soon as it started working, the new space telescope updated the record for observing the oldest galaxies and discovered one of them – which existed just 300 million years after the Big Bang.

For a long time, the Hubble telescope held the palm. In 2016, he discovered the galaxy GN-z11 , which is over 13.4 billion light-years away and a little over 400 million years after the birth of our universe.

However, the newest James Webb space observatory is able to look even further and is already ready to break this record, and immediately by a hundred million years. Scientists from the Harvard-Smithsonian Center for Astrophysics talk about the new find in an article posted in the arXiv preprint library .

In their publication, Rohan Naidu and his colleagues reported the discovery of a pair of ancient galaxies GLASS-z11 and GLASS-z13. So far, we are talking only about candidates, the distances to which will need to be confirmed by additional analysis.

Nevertheless, the indications are quite reliable, and scientists confidently speak of them as one of the most ancient galaxies that we have ever seen. And GLASS-z13 can be called the oldest: its redshift (z) reaches 13, that is, it existed already 13.5 billion years ago – some 300 million years after the Big Bang.

They were observed by the space telescope’s NIRcam infrared camera as part of its first major survey of the sky. The resulting images were released as part of an early release of the GLASS science program, and it was on them that Naida and co-authors noticed GLASS-z11 and GLASS-z13.

Compared to our massive and intricately structured Milky Way, both of them really do look like a “past generation”. Our Galaxy is about 100 thousand light-years across, while GLASS-z11 is only 2300, and GLASS-z13 is 1600 light-years across.

While the authors of the find are planning new observations to confirm their conclusions and study GLASS-z13 in more detail. Its very existence raises many new questions.

The mass of the galaxy is tentatively estimated at a billion solar masses, and although this is not so much in comparison with the same Milky Way, we still have to understand how it formed and grew to this size in a matter of hundreds of millions of years, when the first stars were just lit in the Universe. 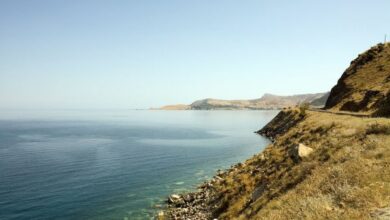 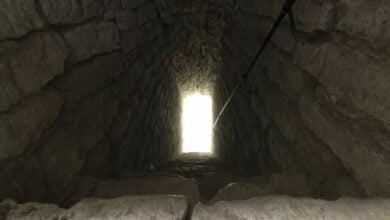