Human trials have confirmed that calorie restriction is an effective way to lose weight, but it is unclear whether long-term calorie-restricted diets provide the same systemic health benefits in humans as they do in animals.

A new study by scientists from Yale University has dotted the i’s. The results focused on a protein that appears to play a key role in age-related immune dysfunction. The researchers suggest that it could be therapeutically targeted to increase lifespan in humans.

The scientists used data from an important clinical study called CALERIE (short for Comprehensive Assessment of the Long-Term Effects of Reduced Energy Intake). More than 200 healthy, non-obese subjects took part in the study, and half of them were instructed to reduce their calorie intake by 25%.

The trial ran for two years, providing a unique insight into the long-term effects of calorie restriction on a range of physiological biomarkers.

In the end, the intervention cohort achieved a consistent 14% reduction in calories from their baseline intake at baseline. In the new work, the scientists analyzed these results and found out how long-term calorie restriction in humans affects the immune response and inflammation.

“We know that chronic low-grade inflammation in humans is a major trigger for many chronic diseases and therefore has a negative impact on life expectancy,” said Vishwa Deep Dixit, senior author of the paper.

“A question worth asking here is: what does calorie restriction do for the immune and metabolic systems, and if it is indeed beneficial, how can we use endogenous pathways that mimic its effects in humans?”

Benefits of a low calorie diet

The first discovery was made when researchers looked at MRI data focused on the thymus. It produces immune T cells and is known to age much faster than other organs in the body. Age-related dysfunction of the thymus is one of the reasons for the weakening of the immune response in the elderly.

The researchers found that two years of calorie restriction appeared to increase the functional volume of the thymus compared to data collected at the start of the trial.

A decrease in fat around the gland was also found, compared with little change in the control group without dietary restrictions. Dixit says this indicates that the thymus was producing more T cells after two years of calorie restriction than at the start of the trial.

Along with identifying one of the ways in which calorie-restricted diets can improve human health, the really interesting result of the results is a possible new therapeutic target for general age-related decline in health.

For example, a therapy based on the “switching off” of the PLA2G7 gene, which is associated with diabetes and targets for a number of cardiovascular diseases, can hypothetically be developed to slow down the rate of age-related decline in metabolism and immunity. 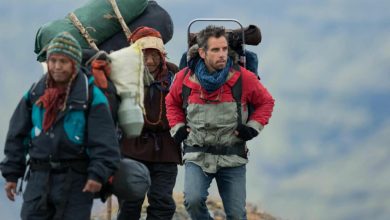 Some body postures have been shown to boost self-confidence