(ORDO NEWS) — There is a real danger of another international wave of COVID this summer, with the Delta variant possibly poised to make a comeback, a new Israeli study suggests.

The peer-reviewed study is based on advanced Israeli wastewater monitoring, which reveals not only the prevalence of coronavirus cases, but also its variety.

The study showed that even at the peak of the Omicron wave, the previous Delta variant was not destroyed, although it was expected that this would happen based on the dynamics of previous waves.

After following the dynamics of the development of the two variants, the researchers concluded that Omicron and its sub-variants are likely to disappear soon, but Delta has shown such a strong resistance that it may well reappear.

“Our results show that the pandemic is not over yet and suggest that there will be another wave sooner or later, possibly in the summer or late summer,” Professor Ariel Kushmaro, head of the University’s Wastewater Laboratory, told The Times of Israel. Ben-Gurion in the Negev, who conducted the study.

He said that the significance of this fact goes far beyond Israel, and noted that internationally, the Delta still poses a greater threat than is commonly believed. He predicts that Delta may reappear in its existing form or spread as a new sub-variant.

Some COVID experts say the study provides a clear rationale for the data for the warning they have been making for weeks.

“The pandemic is not over, and this remarkable study provides clear findings that highlight that and help us understand the situation,” immunologist Dr. Yariv Wein, a professor at Tel Aviv University who was not involved in Ben- Gurion.

Kusmaro said Delta’s resilience surprised his team. “We’ve seen in the past that when one option rises, others disappear; but that didn’t happen with Delta, which seems to have a certain amount of survivability,” he said.

“In this study, we found that even when Omicron was at its highest level in the wastewater, Delta was still circulating,” he added. “The patterns we have identified indicate that Omicron is in the process of decay, while Delta has survived and is poised for a possible resurgence.”

Kushmaro and colleagues, including Dr. Karin Yaniv, have written that, according to their analytical model, Delta will continue to circulate largely unnoticed – what they call cryptic circulation – until it sets off a wave. They published their findings in the journal Science of the Total Environment.

“According to the model developed, Omicron levels can be expected to decline to the point of elimination while the Delta variant maintains its cryptic circulation,” they wrote.

“If this happens, then the mentioned cryptic circulation could lead to a reappearance of the Delta disease wave or to the possible emergence of a new threatening variant.” 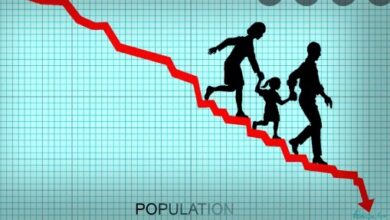 COVID lockdowns have revealed the complex ways we respond to loneliness 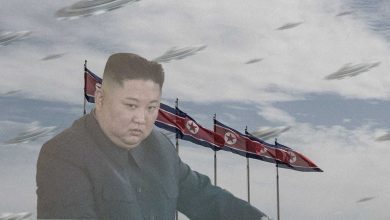