(ORDO NEWS) — A team of Israeli researchers has developed a new gene-editing vaccine that could cure HIV-AIDS.

HIV was first discovered in a species of chimpanzee in Central Africa and is believed to have passed to humans as early as the late 1800s.

It should be noted that there is currently no cure for HIV-AIDS, and there is no genetic cure for this condition.

The team demonstrated the neutralization of the virus with a single vaccine developed by engineers. The injection includes type B white blood cells, which activate the immune system to produce antibodies that neutralize HIV.

The study was conducted by a team from the School of Neuroscience, Biochemistry and Biophysics at the George S. Wise Department of Biological Sciences at Tel Aviv University.

The results of the study were published in the journal Nature, detailing the antibodies as “safe, potent and scalable that could be applied not only to infectious diseases, but also in the treatment of non-communicable diseases such as cancer and autoimmune diseases.”

How the HIV Vaccine Works

The team claims that their innovative treatment can defeat the virus with a single injection, which could lead to a huge improvement in patients’ condition.

B cells are a type of white blood cell responsible for producing antibodies against viruses and bacteria and are produced in the bone marrow.

When they mature, B cells move into the blood and lymphatic system, and from there to various parts of the body.

Now scientists have been able to engineer these B cells inside the body using viral carriers derived from viruses that have also been engineered.

When engineered B cells encounter a virus, the virus stimulates and induces them to divide. The researchers used this division to fight it, and if the virus changes, the B cells will also change accordingly to fight it.

“In addition, in this case, we were able to accurately introduce antibodies to the right part in the B cell genome.

All laboratory models that were treated responded and had large amounts of the desired antibody in their blood.

We produced the antibody from blood and found that it was indeed effective in neutralizing the HIV virus in a laboratory vessel,” explains Dr. Barzel.

The team used CRISPR, a technology based on the bacterial immune system, against viruses to genetically modify the virus, and the bacteria used CRISPR systems as a kind of molecular “search engine” to look for viral sequences and divide them to disable them.

Researchers expect that in the coming years they will be able to produce drugs for AIDS, other infectious diseases and some types of cancer caused by the virus. 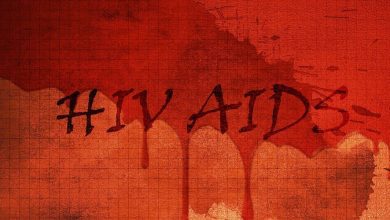 There is a new version regarding the origin of AIDS