(ORDO NEWS) — Many people are convinced that the astronauts (cosmonauts) on board the International Space Station (ISS) are in a state of weightlessness, since the Earth‘s gravity does not have any effect on them.

Is it so? Let’s try to figure it out

The ISS is located at an altitude of 400-450 kilometers from the Earth’s surface, which means that the force of gravitational attraction is only 10% less than what we experience at home.

The crew “floats” for the reason that gravity pulls the ISS to the earth’s surface, and the station falls down all the time.

However, the falling speed is almost equal to the speed of the ISS around the planet, so the fall occurs in a circular orbit.

In other words, due to centrifugal force, the station does not fall vertically, like a stone thrown up, but sideways.

It was said above that “the speed of falling is almost equal to the speed of movement.” Due to the presence of a difference, it is periodically necessary to adjust the height, raising the station several tens of kilometers higher relative to the planet. 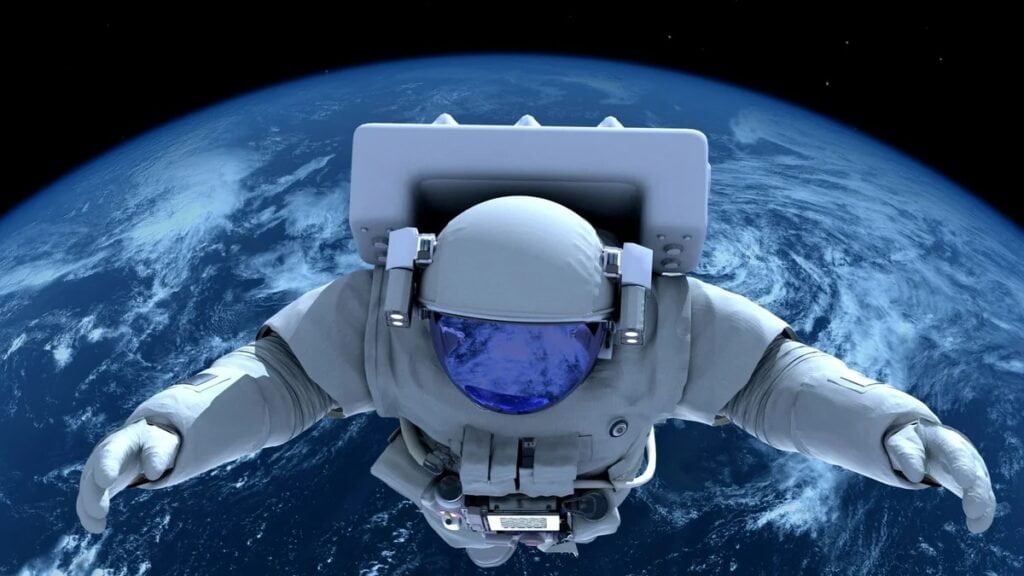 If we erected a tower 400 kilometers above the surface and climbed on it, then there, being in a strictly vertical position, we would be able to observe the ISS with its “hovering” crew.

Existing scientific theories prove that massive bodies distort the fabric of space-time around them and cause nearby objects to relentlessly “fall” (roll) around.