(ORDO NEWS) — One of the most dangerous types of modern science is geoengineering with its methods of changing the environment.

Extreme weather conditions have affected the entire planet in 2021, and experts say the causes must be properly investigated, as they cannot simply be attributed to so-called “climate change,” writes Natural news.

In fact, it should be understood that advanced and sophisticated environmental modification (ENMOD) methods are fully functional.

Reports show that ENMOD techniques have been used by the US military for more than half a century. Mathematician John von Neumann, in collaboration with the Department of Defense, began his research on weather changes as early as the late 1940s, at the height of the Cold War.

During the Vietnam War, cloud seeding techniques were already in use, starting in 1967 as part of Project Popeye, which aimed to extend the monsoon season and block enemy supply routes along the Ho Chi Minh trail.

The military also developed capabilities that allowed them to selectively change weather patterns. This technology is being developed under the High Frequency Active Auroral Research Program (HAARP).

HAARP is a weapon of mass destruction that operates from the outer atmosphere and is capable of destabilizing agricultural and ecological systems throughout the world. 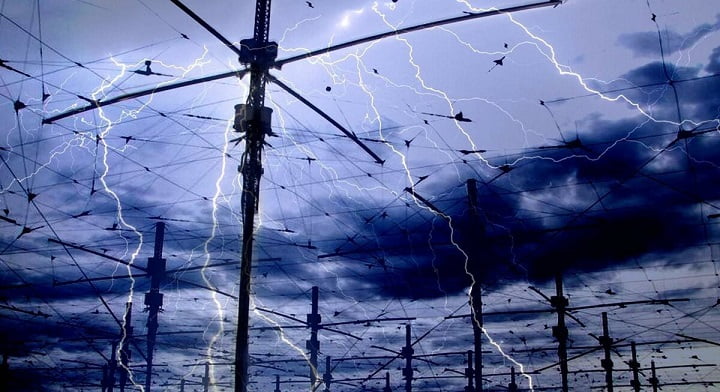 According to the USAF AF 2025 Final Report, weather modification will offer the fighter “a wide range of possible options to defeat or coerce the enemy.” These possibilities also extend to the occurrence of floods, hurricanes, droughts and earthquakes.

The document further states: “Weather modification will become part of domestic and international security and can be done unilaterally…

It can have offensive and defensive applications and even be used for deterrence.

The ability to generate precipitation, fog and storms on Earth or alter space weather… and the production of artificial weather are part of an integrated suite of military technologies.”

Officially, the Convention on the Prohibition of Military or Any Other Hostile Use of Techniques to Modify the Environment was opened for signature on May 18, 1977 in Geneva and entered into force on October 5, 1978. However, environmental warfare remains a threat.

The hurricanes that have devastated Honduras and the floods that have nearly wiped out Bangladesh over the past year have served as a grim reminder of the arbitrary power of the weather. The use of the weather as a means of warfare once seemed unthinkable, a grotesque variation on chemical and biological warfare. But the “weather war” was already underway.

In the 1990s, Saddam Hussein (Iraq did not sign the Treaty) used ecological warfare against his own people, the Marsh Arabs, Carnegie Council writes.

The Marsh People, often referred to as the Marsh Arabs or “Ma’dan”, are an indigenous group of approximately 500,000 people who have inhabited the southern marshes of Iraq for thousands of years.

Their livelihood, culture and way of life have always depended on the wetland ecosystem of Mesopotamia, located between the Tigris and Euphrates rivers.

Even into the 1970s, the region was home to a recognizable and enduring culture based on the gifts of the swamps, including slow-flowing shallow waters, extensive beds of tall reeds, and abundant fish, game, and migratory birds.

The Iraqi government has unleashed a deliberate strategy of aggression aimed at uprooting and exterminating the inhabitants of the marshes and any recalcitrant Shiites seeking refuge among them in the aftermath of the Shia uprising against the Iraqi regime.

The government launched two kinds of engineering attacks – damming and draining – against the region’s unique hydrology. New artificial dams and dams blocked the flow of water from the countless tributaries of the Tigris and Euphrates, which usually watered and fed the swamps.

As a result, the swamps quickly began to dry up, fish and reed beds began to die off, and people and their livestock began to suffer from thirst. The government has also excavated large drains or channels throughout the region, shorting the rivers so that they flow directly into the Persian Gulf.

The international community is now trying to restore the remnants of the marshland and the lost people with their culture and way of life.

In January 1974, former Secretary of Defense Melvin Laird acknowledged that, despite past denials, the United States actually changed the weather in Vietnam during its active involvement in the war there.

Between 1967 and 1972, $21.6 million was spent on cloud seeding to bring rain, floods, and landslides to close the Ho Chi Minh trail. The Pentagon estimates that in some cases, rainfall was 30 percent above average.

The US is the world leader in weather modification research.

The dangers of this kind of weapon are obvious, such as the creation of tidal waves by underwater explosions, or the creation of acoustic fields at sea to combat fleets; infrasound, with a frequency below human hearing, can cause mental disorder and much more.

Environmental change is uncontrollable and unpredictable with uncertain future environmental and climate impacts. Environmental modification as a means of warfare is an area where domino theory operates. This is a simple step from cloud seeding and herbicides to more subtle and crippling methods.

A former employee of Bechtel Power Corporation, Wigginton has experience in the solar energy industry and has been a licensed contractor in California and Arizona. He has devoted the last 20 years of his life to constant research into covert global climate engineering operations, and to identify and stop them.

“The more damage climate engineering does to the planet’s climate and life support systems, the more they double those operations,” he said.

Whigington noted that every aspect of these programs is about power and control. And at the moment, in his opinion, we are also talking about thinning the population.

“There are many layers to these operations. The ionization of the atmosphere is used to make it more electrically conductive for communication over the horizon – to attack and protect EMP,” Wigginton said.

“We have the weather as a weapon, a weapon with which the population is completely unaware that this is happening.”

Some experts believe that the volcano in Tonga exploded as a result of the use of geophysical weapons.

January 14, 2022, the eruption was, according to geologists, one of the largest. The ash column rose to a height of 20 kilometers and went beyond the troposphere – for the first time a shock wave could be observed from space.

A volcanic eruption in the Tonga archipelago was almost a thousand times more powerful than the atomic bomb dropped on Hiroshima. NASA expert Jim Garvin said that, according to preliminary estimates, the amount of energy released during the eruption reached from 4 to 18 megatons of TNT. 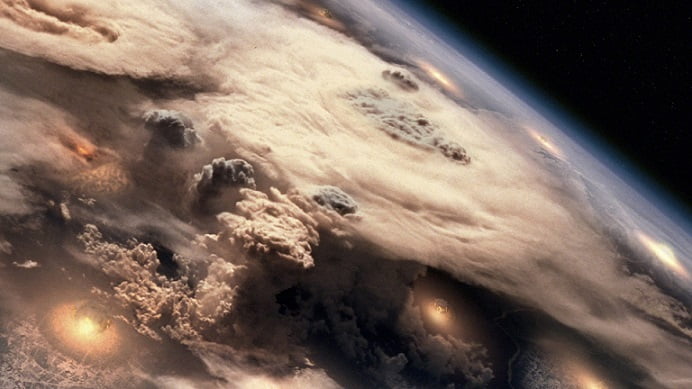 What actually caused the eruption of the underwater volcano Hunga-Tonga-Hunga-Haapai, which caused tsunami waves that spread over tens of thousands of kilometers?

Something had weakened the solid rock at the base and caused the northern rim of the caldera to partially collapse. The publication “Natural news” points out that the eruption of the Tonga volcano caused a mysterious, mysterious concentric ripple in the Earth’s atmosphere.

Satellite imagery reveals an unusual pattern of gravitational waves not previously seen with volcanic eruptions. Maybe some kind of weapon was involved in order to provoke this eruption?

According to scientists from NASA, the eruption covered the entire Kingdom of Tonga with a layer of toxic ash, poisoned drinking water and destroyed crops.

US came first in the number of coronavirus victims

Trump has suspended immigration to US

US came first in the number of coronavirus victims

Trump has suspended immigration to US