(ORDO NEWS) — A new model for the very early universe suggests that the graviton, the quantum mechanical carrier of gravity, flooded the cosmos with dark matter even before normal matter had a chance to be born.

This proposal could be a way to connect two of the biggest unsolved mysteries in modern cosmology: the nature of dark matter and the history of cosmic inflation.

Many cosmologists believe that when the universe was incredibly young (that is, less than a fraction of a second old), it experienced a period of incredibly rapid expansion known as inflation.

This inflationary era was critical to the future evolution of the universe, as the incredible expansion turned the microscopic quantum fluctuations of space-time into seeds that would one day become stars, galaxies, and clusters.

The inflation event itself is rather mysterious. For example, cosmologists don’t know what caused inflation, what set it in motion, how long it lasted, and when it turned off).

But this overall picture is the only one that can explain the patterns found in the cosmic microwave background (an afterglow pattern that formed when the universe was 380,000 years old) and the large-scale distribution of matter in the universe.

The statistics of these patterns match what we see in quantum fluctuations, giving cosmologists the confidence they need to hypothesize that a connection exists.

At the end of inflation, the cosmos became much larger than it was before it. But it was also much more empty, as all the contents that were previously in the universe were simply thrown far apart.

There was only one thing left: what set inflation in motion in the beginning, but eventually fizzled out. Cosmologists call this driving force the “inflaton” and believe that it was a quantum field that permeated all of space.

When inflation ended, the inflaton disintegrated, filling the universe with a variety of particles that we currently see. In many ways, inflation was the “real” Big Bang. If you imagine an empty universe suddenly filled with an explosion of particles, then this is it.

When inflation ended, it resulted in the creation of all known particles. Therefore, presumably, the same event gave rise to dark matter. Cosmologists aren’t sure what dark matter is made of, but a wealth of evidence suggests it’s some new, unknown kind of particle. Whatever this particle is, it accounts for more than 80% of all matter in the universe.

Physicists have spent decades searching unsuccessfully for any hint of a direct interaction between dark matter particles and ordinary matter. If dark matter is indeed a particle, then it really, really doesn’t like to communicate with normal matter.

This non-detection of dark matter is quite annoying to the history of inflation, because if dark matter does not talk to normal matter, then there is no reason why the inflaton should create dark matter along with normal matter in the early universe.

Today, a pair of physicists from the Helsinki Institute of Physics have proposed a new mechanism for creating a lot of dark matter in the early universe, even if the inflaton doesn’t like to create dark matter. And this new mechanism relies solely on gravity.

This mechanism, which physicists outlined in an article in the arXiv preprint database, suggests that the inflaton and dark matter do not talk to each other, so dark matter particles do not form in the usual way at the end of inflation.

Instead, the researchers studied the behavior of the inflaton just before its decay. At the end of inflation, before the inflaton disintegrates and gives rise to a zoo of particles in our universe, the inflaton moves through space like a ball that has just rolled down a steep slope, but has not yet calmed down.

Cosmologists call this stage the preheat phase of the inflaton decay, and it can give rise to some crazy physical phenomena. For example, at this short stage, gravity itself can play an important role, allowing the inflaton to connect with a dark matter particle.

In this case, gravity takes the form of its supposed carrier of the quantum mechanical force, the graviton. Usually the graviton does not participate in the reactions of particles, but physicists have found a way for it to appear in the preheating phase at the end of inflation.

This mechanism only works when space is doing something interesting, like expanding rapidly during inflation. And so, when inflation finally spoiled the ability of the Universe to be creative, the particles of dark matter disappeared.

The physicists tuned their model to create just the right amount of dark matter needed to observe the cosmos. However, this is still theoretical work. Most importantly, physicists are not entirely sure how gravity interacts with particles.

This is the regime of quantum gravity, the theory of strong gravity on small scales, which is currently the holy grail of modern physics. So for their work, the paper’s co-authors had to make a lot of assumptions about how gravity works on such scales.

However, the idea is interesting because it allows the early universe to produce a significant amount of dark matter, and for this dark matter to (essentially) never communicate with normal matter again. 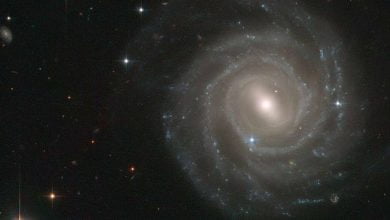 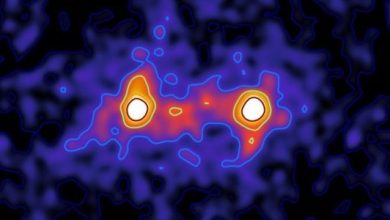