(ORDO NEWS) — Did the architects of past eras manage to build a miracle that can be seen even from outer space?

In the ranking of many outstanding cultural monuments of past eras, the Great Wall of China occupies a separate place. This monumental structure was founded in the third century BC and even by modern standards is an absolutely fantastic concept. Its length, if you add all the side branches and turns together, is 21,196 kilometers – this figure is difficult to imagine, even if you compare it with major highways.

Despite the fact that the Great Wall is indeed a colossal project, there are many incredible assumptions swarming around it, from very real facts to outright inventions and conjectures. One of the most famous “myths of the wall” is the fact that, due to its colossal size, the Great Wall of China can be seen from space – for example, from the ISS.

But is it worth trusting this statement? Well, there have been many attempts to see the wall from space. When someone asks whether it is possible to see object X from space, everything, as a rule, rests against the resolution of the camera lens with which the astronaut is armed. In addition, it is worth considering the nature of the atmosphere and weather conditions: in cloudy weather, even ultra-sensitive equipment is unlikely to be able to give us reliable information. 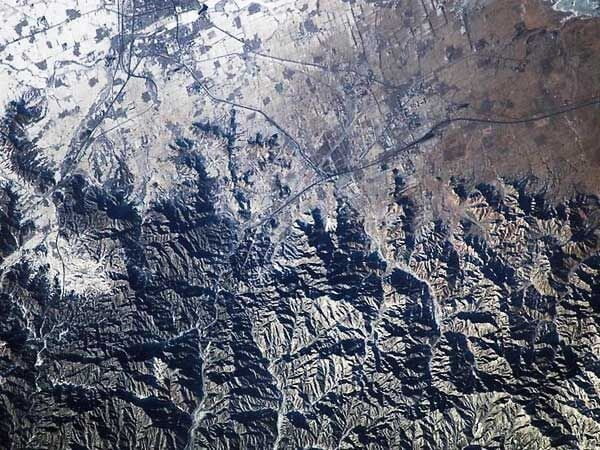 NASA experts say that the Chinese Wall cannot be seen from orbit with the naked eye. The thing is that with a fantastic length of thousands of kilometers, the width of the structure is only 5-8 meters at the base. In other words, the wall is too thin to be seen from space. And what is sometimes mistaken for an ancient structure, most often turns out to be a fragment of a mountain range or a river.

However, some attempts were still crowned with success. Armed with a camera with a 180mm lens, Chinese-American astronaut Leroy Chiao, after several setbacks, still highlighted a small section of the wall in the images. In comparison, the field of view of the human eye is often compared to a 50mm lens. In addition, images of the wall were captured by satellites in the lowest orbits.

So, if you are one of those lucky ones who are lucky enough to be in orbit as an astronaut or just a tourist in the future, do not forget to arm yourself with a more powerful camera.