(ORDO NEWS) — Many scientists and researchers believe that the tablet of the ancient Sun God Shamash and the symbols depicted on it are indisputable proof of the existence of an ancient advanced technology, with the help of which people communicated with the gods.

Shamash is the ancient Mesopotamian god of the Sun, justice, morality and truth, known for his kindness and generosity. He is the twin brother of the sky goddess Inana, or Ishtar as she is called in the Assyro-Babylonian epic.

In it, Shamash is also found under a different name – Utu. But in both cases, the essence of the gods is absolutely identical. According to Sumerian legends, the pair of twins was extremely close. Sometimes this closeness even bordered on incest.

In ancient times, it was believed that Shamash rides across the sky on his solar chariot and sees from above everything that happens on Earth.

At night, he traveled through the underworld, moving east and preparing for a new sunrise. Shamash or Utu was revered as the executor of divine justice, and people believed that he helped and protected those in need.

In addition, in addition to the living, he is one of the judges of the dead, whose judgments were passed at night.

The first sources that mention the Sumerian sun god date back to the deepest antiquity – 3500 BC. Here is everything you need to know about the mystery of the Shamash tablet. 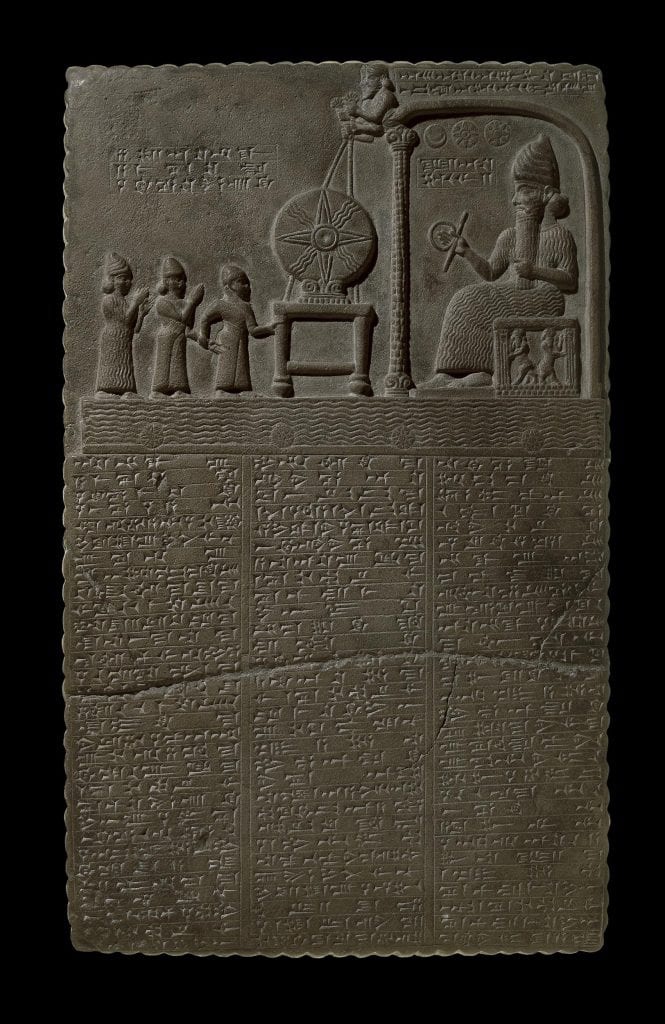 Now let’s drop the mythology and get back to reality. Let’s fast forward in our minds to today’s Tel Abu Habba, Iraq. Known in antiquity as Sippar or Zimbir, a Near Eastern Sumerian, later Babylonian city, on the east bank of the Euphrates River, the ruins of which can still be found there.

The city is located in the Iraqi desert, less than 30 km from Baghdad. In 1881, during the excavation of the ancient remains of Babylonia, archaeologists discovered tens of thousands of stone tablets with ancient writings and images dating back to the 6th century BC.

Among them, the archaeologist Ormuzd Rassam came across a more special and interesting artifact – the tablet of Shamash. According to experts, it was made during the reign of the king of Nabu-apla-iddin around the 9th century BC.

Why do some people think this indicates the existence of advanced ancient technology? 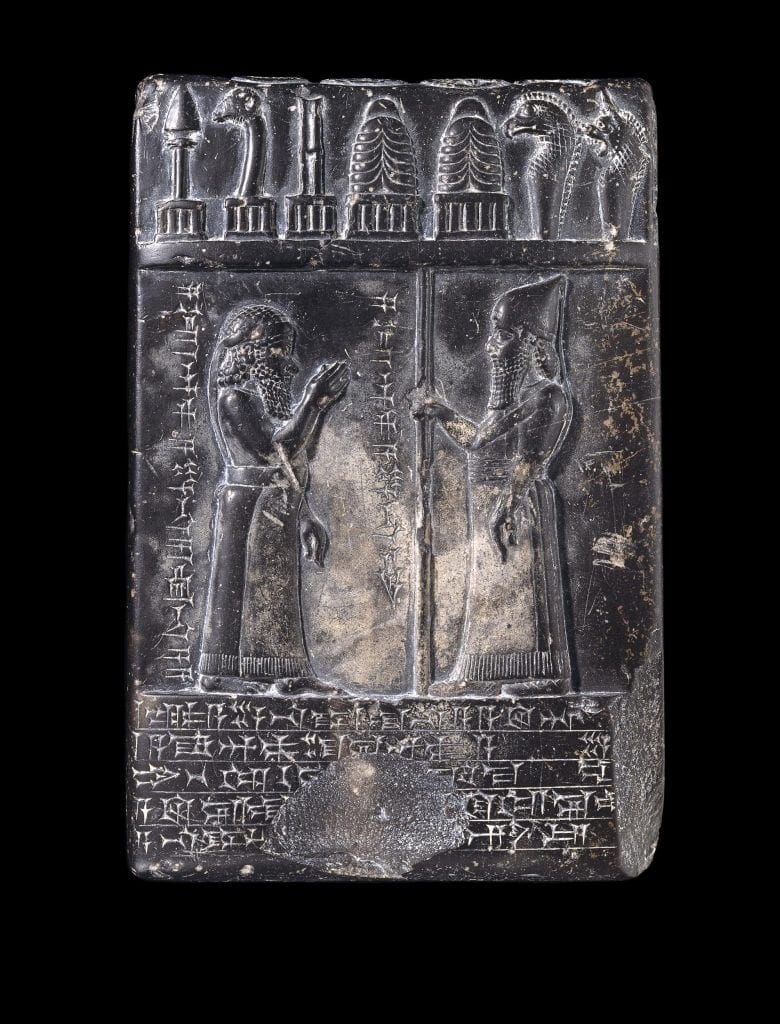 An ancient bas-relief depicts Shamash sitting on his throne. On the other side there are three more figures – the priest and the goddess Aa, who lead the king of Nabu-apla-iddin to the sanctuary. Between them is an altar, and above it is a solar disk, which is a symbol of higher energy.

It immediately catches the eye that the figure of the sun god is much larger than that of a man. He is depicted as a giant.

The fence, inside which Shamash is located, according to esotericists, and even some scientists, shows the connection of God with the cosmos, since the moon, the sun and the star (Venus) are also depicted inside it.

It is this image (as well as the text below it) that makes esotericists and curious seekers of truth believe that in ancient times there was an advanced technology with which the Babylonians could communicate with their gods, and in particular with the Sun God – Shamash.

An interesting element of the Shamash tablet is the towering column in front of the god, which separates him from the other three figures.

It has the same base on which the solar disk rests both above and below. According to esoteric interpretations, this column clearly shows the transfer of energy from higher levels to lower ones.

What is depicted on the Shamash tablet looks as if the ancient Babylonians could connect with the heavenly powers and their gods by pressing a special button.

Assuming that this was the case – now we can only guess and imagine exactly how this advanced technology worked many thousands of years ago.