(ORDO NEWS) — In his recently published book Between Ape and Man, retired anthropologist Gregory Fort breaks the taboo that usually separates traditional anthropological and zoological research from cryptozoology (the search for mythological or legendary species such as Bigfoot, the Loch Ness monster, or the nasty snowman).

However, Homo floresiensis, as the title of Gregory Fort’s latest book suggests, sits between ape and man, and that leads to a fascinating story!

Fort lived for many years among the indigenous population of the eastern Indonesian island of Flores, and during his time there he heard stories of a rare and elusive species of ape-man that was said to inhabit the nearby caves and forests.

Eventually Fort came to the conclusion that these stories might be true, and that such a creature could exist largely hidden from view (with a heavy emphasis on “may,” Fort was quick to point out).

Even more surprisingly, a former professor at the University of Alberta (Canada) came to the conclusion that if these ape people really exist, then they most likely descended from an archaic species of human Homo floresiensis, which is known to have lived on the island of Flores, and then, presumably extinct tens of thousands of years ago.

This is a wonderful theory for the average academic (albeit a retired and wealthy pensioner), even if he only puts it forward as a possibility, not as a certainty.

But Fort was willing to do so, based on his respect for the indigenous people he knew so well, and on the shocking discovery that a species of prehistoric hominin had actually lived on Flores Island much earlier than scientists thought possible. 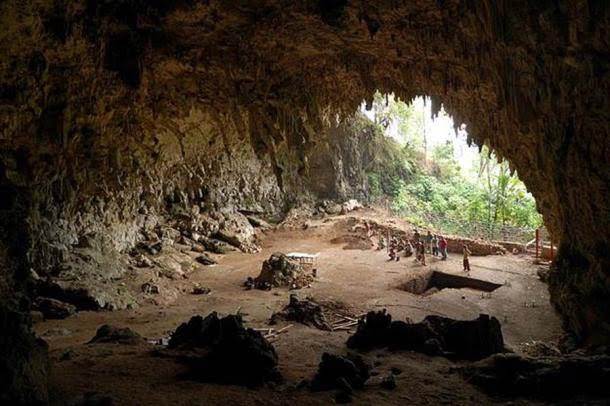 In 2004, a team of archeologists on the island of Flores published a paper in the journal Nature that shook the world of prehistoric anthropology to its foundations.

They described the discovery of unusual hominin fossils in a cave known as Liang Bua, in a layer of sediment later proven to be between 60,000 and 100,000 years old.

These fossils had characteristics that could be attributed to ancient primates, but they were completely unique, having nothing in common with previously known fossils.

The specimens shared characteristics with the fossils of various extinct human species such as Homo erectus and Australopithecus, but also shared physical features more familiar to those who study ancient primate fossils.

In the end, scientists were able to make sure that they really discovered a new archaic species of man.

This hominin was small, a typical adult human was less than four feet tall (that’s why they got the nickname “hobbits”), and the volume of his brain cavity was only one third of the volume of the brain of Homo sapiens.

However, they made their own tools and could only get to the island of Flores by crossing the ocean in boats.

It was a truly remarkable discovery because this new species – which was officially named Homo floresiensis – was the first ancient humanoid hominin to be discovered at such a late stage in the fossil record. 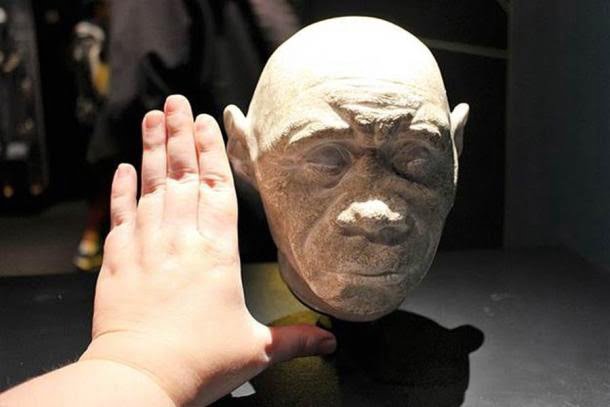 In ongoing excavations, archaeologists and anthropologists have discovered over 20,000 stone tools made by these archaic people. They have been dated between 50,000 and 190,000 years ago, bringing the survival of the last Homo floresiensis even closer to modern times.

Since early modern humans are thought to have reached Australia as early as 65,000 years ago, it is possible that humans lived on Flores Island at the same time as the last Homo floresiensis. Ocean travelers migrating from Southeast Asia to Australia may have passed near Flores, and some may have chosen to stop there.

Subsequent discoveries have found more evidence for the presence of Homo floresiensis on Flores.

In an article published in the journal Nature in 2016, archaeologists said they found a small collection of fossils that most likely belonged to Homo floresiensis at a site called Mata Menge, which is 45 miles (72 km) from Liang Bua.

Stone tools virtually identical to those found at Liang Bua have also been found at the site, in which case both the fossil and the tools have been dated to around 70,000 years ago.

Another amazing discovery made it possible to establish how long this species lived on Flores. During excavations at a site called Soa Basin, archaeologists discovered deeply buried stone tools made in the style characteristic of Homo floresiensis.

The layer of sediment in which they were found was eventually dated to one million years ago, which means that Homo floresiensis settled on the island half a million years before the first modern humans appeared.

Anthropologist Gregory Fort lived for many years among an ethnic group known as the Lio, an agricultural people who live and farm in the mountainous central region of Flores, Indonesia.

During his time among the Lio in the 1990s and early 2000s, Fort repeatedly heard stories of an extremely small ape-man who was said to dwell in the Lia Ula Cave, located nearby on the side of a dormant volcano.

Some of the people he spoke to in the Lio villages told him that these ape-men, whom they called Ebu Gogo, were no more. According to them, the last of the ebu-gogo were destroyed by the lyo’s neighbors, the ‘wa people, about 200 years ago.

But others told Fort that it wasn’t. The Ebu Gogo still lived in the nearby caves and forests, these people swore. Gathering evidence to support this claim, Fort spoke to about 30 witnesses who said they had actually seen the mysterious half-ape-half-human at least once.

Typically, Western anthropologists dismiss such stories as nothing more than folklore, like Bigfoot or the nasty Bigfoot. But Fort was not ready to follow suit. He was impressed by the sincerity of the witnesses he spoke to and the consistency of their descriptions of the creature’s physical characteristics.

In Between Ape and Man, Fort writes about how he was influenced by the discovery of Homo floresiensis in 2004. He immediately realized that the descriptions given by eyewitnesses who saw Ebu Gogo corresponded well with the physical characteristics attributed to Homo floresiensis.

The leader of the team that discovered Homo floresiensis, archaeologist Mike Morwood of the University of Wollongong in Australia, has also heard stories about Ebu Gogo. It is noteworthy that he said that the alleged creature “fits floresiensis in the best possible way.”

It could just be a coincidence. But a good scientist does not dismiss an inconvenient or unusual fact as a “coincidence” without first investigating it. After careful analysis and consideration, Fort concluded that the small ape-man allegedly seen by many of Leo’s witnesses could indeed be Homo floresiensis.

“My goal in writing the book was to find the best explanation – that is, the most rational and empirically supported – for the lyo stories about creatures,” Fort wrote in a recent article in The Scientist.

“And I came to the conclusion that the best way to explain what they told me is that the non-sapiens hominin survived on Flores until the present or very recent times.”

In the short term, this conclusion is unlikely to find support among other anthropologists or in the wider scientific community.

Until someone presents an unfossilized skeletal remains or a real specimen of Ebu Gogo, living or dead, the current assumptions about the mythological status of the ape-man and the ultimate fate of Homo floresiensis will remain valid.

For now, Ebu Gogo will remain folklore, and Gregory Fort will be seen by many as a respectable scientist who went to crime.

Into space in seconds: holographic teleportation becomes a reality

Into space in seconds: holographic teleportation becomes a reality