(ORDO NEWS) — Even a person who does not suffer from arachnophobia will emotionally react to the appearance of a spider in the room and reach for a slipper.

However, according to entomologists, the best solution is not to interfere with the arthropod doing its own thing.

Killing a spider in the house is not only a bad omen, but also damage to the home ecosystem.

Even the cleanest houses are inhabited by spiders. In The Conversation , entomologist Matt Bertone and colleagues at North Carolina State University in the US published a study of 50 North Carolina homes and found spiders in every one of them.

Spiders are important contributors to the interior ecosystems of human dwellings, Bertone says. They are generalist predators, feeding on just about anything they can find, from a dead fly stuck in a window to a mosquito that was planning on drinking human blood. Sometimes spiders even eat other spiders.

Many of their victims are potential disease carriers. There is even a species of jumping spider that prefers to feed on blood-sucking insects in African homes.

Home-dwelling spiders are non-venomous Australian headline monsters. During the study, Bertone most often found ordinary house spiders, such as haymaker spiders and the most harmless arthropods from the web spider family.

Yes, most spiders are venomous, but their venom is not strong enough to cause any harm to humans. The “fangs” of spiders are also often too weak to bite through the skin.

Contrary to myths, spiders almost never crawl over sleeping people. Snoring, sniffling, and even just breathing is enough to scare away domestic arthropods.

If you suffer from arachnophobia or simply do not want the spider to crawl around your apartment or house, then scientists advise not to kill the arthropod, but to catch it and release it into the street. The spider will find a place to go and no one gets hurt.

By the way, we have a Telegram channel where you can read about the latest and most interesting news from the world of science and technology. 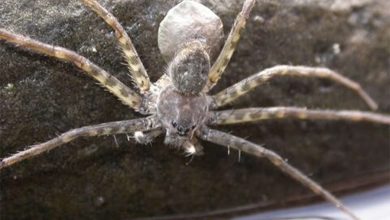 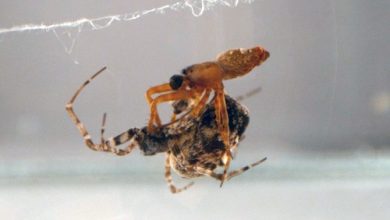 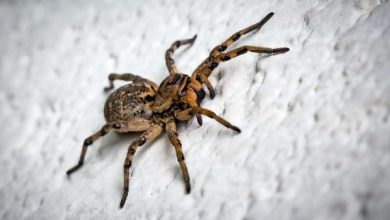 Woman did not clean her own house for 20 years, but it remained clean