(ORDO NEWS) — “In terms of strength, wood is pretty good,” says Mike Gruntman, professor of astronautics, physicist and engineer at the University of Southern California. – The first planes were made of wood until the early 1930s. There were even wooden submarines!”

Gruntman is confident that it is possible to create a wooden spacecraft that can withstand the stress of a rocket launch.

But as soon as the wooden ship enters space, the organizers of such a launch will have problems …

First, wood, being an organic material, contains a fair amount of liquid. In a vacuum, this water will “leak out” and evaporate, which will undoubtedly affect the integrity of the structure, especially at the joints. This process can take many weeks or even months, but fatal damage to the hull cannot be avoided.

This is especially important when one side is exposed to direct sunlight while the other is in the dark, or when the motors are running.

If the spacecraft body were not conductive enough—as would be the case if it were made of, for example, spruce instead of, say, aluminum—heating certain elements would damage important components or even cause internal damage. fire. 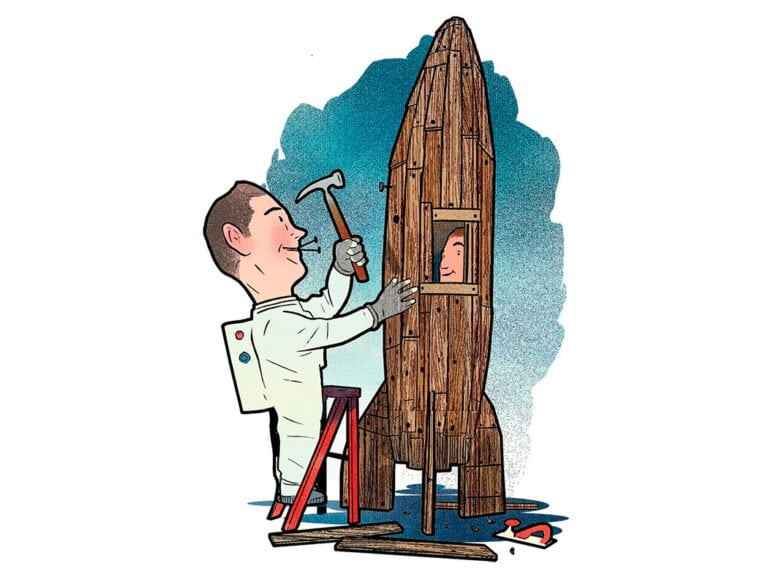 Thirdly, the design must provide electrical conductivity, since this makes it possible to protect the spacecraft from the accumulation of excess charge.

If a wooden spacecraft rotated at an altitude of up to 500 kilometers, then the excess charge would dissipate into the surrounding plasma without any problems. But in a higher orbit, the poor conductivity of wood will become an incorrigible problem.

Fourth, aging wood begins to emit gases that can damage sensitive sensors and equipment. The wooden spacecraft will become unmanageable.

Yes, you can make a spaceship out of wood and even send it into low Earth orbit. However, he will live there only a few weeks, and at best – a few months. Naturally, no one will do this, since humanity already has enough problems with space debris.