“Tamer al-Gadban, the Deputy Prime Minister for Energy and Oil Minister, expressed optimism regarding the achievement of a new agreement after consultations by telephone with several OPEC + ministers (countries), describing the general atmosphere as positive,” – Jihad declared.

According to him, al-Ghadban stressed that the new agreement needs support from non-OPEC + oil producers – the United States, Canada and Norway.

“Producers (of oil – ed.) Sail in the same boat, regardless of whether they are members of OPEC + or not. Everyone should be responsible for stabilization through a new reduction agreement (oil production – ed.) And decide on the right path for achieve common goals, “Jihad quoted the minister as saying.

The OPEC + March 6 countries were unable to agree either to change the parameters of the transaction to reduce oil production, or to extend it. As a result, from April 1, restrictions on oil production in the member countries of the former alliance were lifted.

This caused a collapse in the oil market, which overlapped with a sharp global drop in demand due to the coronavirus pandemic.

Russian President Vladimir Putin called the reasons for the decline in oil prices both the situation with coronavirus and the withdrawal of Saudi Arabia from the OPEC + deal, its increase in production, the announcement of its readiness to provide discounts on oil.

At the same time, Putin and Russian Energy Minister Alexander Novak said that the oil market requires joint action, which Russian oil companies are ready to go, but together with OPEC + and such major oil producers as the United States. Together, countries could reduce oil production by 10 million barrels per day from the pre-crisis level of the first quarter, the head of state said. 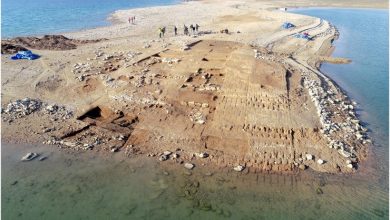