(ORDO NEWS) — …A voluminous bluish silhouette of a girl rises above the small device. The virtual heroine bows respectfully, pleading for help. So far, this is just an excerpt from the fantasy epic Star Wars, where communication via holograms was a favorite way of communication between heroes.

But here is the reality of the 21st century: on the ISS, an astronaut talks to a hologram of a doctor on Earth, and, a few months later, holograms of American students are transferred abroad as part of a test. Has fantasy become reality?

Answer: almost. However, for now, to take advantage of the new technology, subscribers need special glasses.

But first things first. So – we plunge into the world of an amazing invention, aptly named “holoportation”, which is an abbreviation for the phrase “holographic teleportation”.

A new method of communication has been developed (and is now being improved) by the well-known corporation “Microsoft” (yes, the very one with the help of whose “Microsoft Word” program your obedient servant is now writing this article).

Holoportation is a technology that creates a virtual 3D model of a person and transfers it in high quality to anywhere in the world.

Communication takes place in real time: not only speech, but also facial expressions and movements of an opponent remote for many kilometers are transmitted to the interlocutor.

A hologram of a person can be viewed from all sides and even interacted with – for example, give five (if both subscribers have special equipment). Fantastic, and more!…

How is a hologram created? First of all, this technically difficult process requires special cameras. With their help, a three-dimensional image of a person is created.

In principle, you can get by with two cameras, but if you want to improve the quality of the hologram, it’s better to be generous with a few more devices.

As a result of shooting, we get a three-dimensional model of a person in virtual reality.

But it still needs to be transferred somehow (and somewhere).

This is where the special mixed reality headset (helmet) “HoloLens”, also manufactured by Microsoft Corporation, comes to the rescue.

It is with the help of this device that a person “on the other side” gets the opportunity to see the interlocutor’s hologram in his room and interact with it. 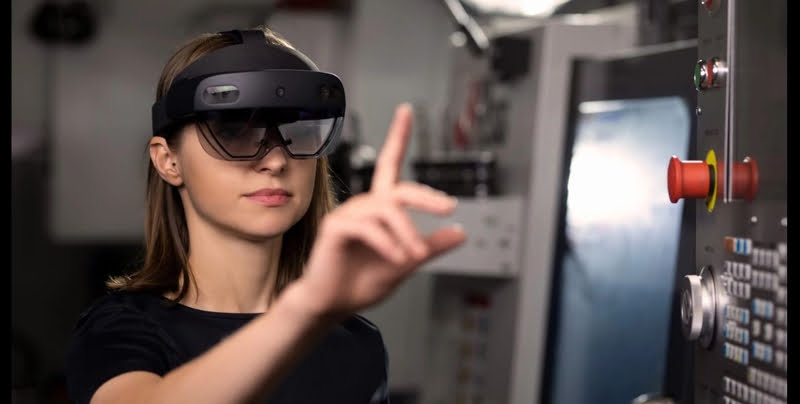 Despite the terrible name, outwardly the headset is somewhat reminiscent of massive snowboarding goggles. But in fact, this is a real compact computer, equipped with a large number of visual sensors and a special system that creates an image on the lenses in front of the user’s eyes.

Thus, when the subscriber “on the other end of the wire” is standing (well, or jumping and waving his arms – depending on the degree of emotionality of the interlocutor), the cameras film his body in real time, creating a three-dimensional model and fixing movements.

Then the information is transmitted through the Network to the user’s interlocutor – straight into his mixed reality helmet.

In glasses, a three-dimensional model of a person is refracted in the right way, as naturally as possible adjusting to the real space surrounding the owner of the helmet, which is observed through the lenses along with a virtual hologram (hence the name – mixed reality headset).

To make the image seen with HoloLens look as natural as possible, the headset lenses are curved.

Therefore, they refract the image and give visual signals to the user’s eyes, including from the sides of the headset – as in a “natural” view of the room without glasses.

When creating a picture, headset systems also take into account the position of the helmet in space and surrounding objects.

Work in the virtual space is provided by a special application “Microsoft Mesh”.

As a result, it seems to the owner of the helmet that an opponent who is many kilometers away from him is located in the same room with him. It is important to note: for the contact to be two-way, headsets will be required for both subscribers!

In truly extreme conditions, the technology was tested in April 2022 – then holoportation allowed flight surgeon Joseph Schmidt and his colleagues to be transported aboard the International Space Station in the blink of an eye as part of the test and successfully talk with astronaut Thomas Peske.

Holoportation tests were carried out before, but the session of “holocommunication” with the ISS was the first time that a hologram was transmitted over such a huge distance (remember that our home planet and the space station are separated from each other by more than 400 km).

To use holoportation to communicate with the station, the technology was supplemented with special software developed by the Houston company AEXA Aerospace.

There is no exact information about which communication channels the astronauts and scientists used for communication, but, presumably, the data transmission was carried out via radio communication – since the technical equipment of the ISS allows you to transmit to Earth (and receive from Earth) signals in the same way as it would happen in earthly conditions.

Only the equipment on the space station is also many times more powerful than its counterparts on the surface of the planet.

However, during a communication session with the ISS to transmit large amounts of data, the picture quality was still greatly reduced.

However, the astronauts were so impressed with the unusual technology that they expressed hope for the use of holoportation in the future. Only now – with the installation of cameras also on the ISS, so that interlocutors on Earth can also fully interact with the crew.

If the technology has already passed a very successful test in Earth orbit, then there is nothing surprising in the fact that a few months later an equally successful international holoportation took place – the first in the world and already bilateral.

As part of this test, holograms of students from the Western Institute for Space Research in Canada were transferred to the American city of Huntsville (Alabama), and their interlocutors visited the Canadian city of London in a virtual form (yes, Canadians, as continuers of glorious British traditions, also have their own London, and located in Ontario).

The researcher who led the study, impressed by the technology, joked that holoportation could save people from having to buy airline tickets to meet someone abroad.

However, holoportation technology is much more than just a pleasant whim for would-be couch travelers.

The possibility of a virtual presence in remote places can be very useful in medical care – for consultations with doctors in remote areas (for example, in rural areas).

To develop the possibilities of holoportation, the developers plan to try to combine holograms with biosensors in order to make the interaction of opponents (for example, a doctor and a patient) more complete.

Scientists note that in the future, holoportation will be able to help one doctor work at several operating tables in different places at the same time. 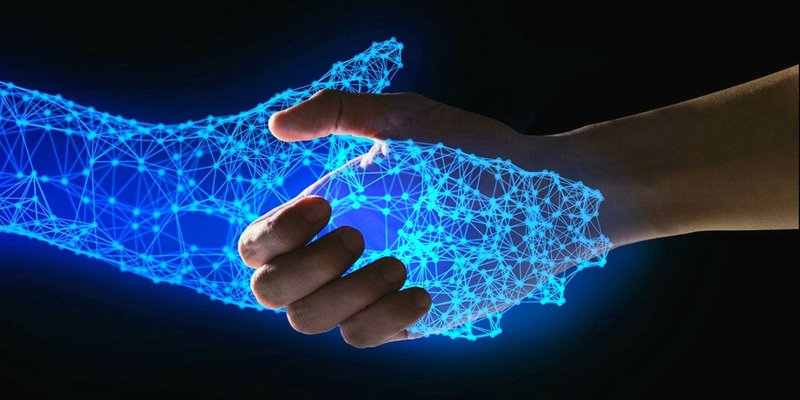 The technology will also come in handy in distance learning, which has gained popularity in the pandemic era (just imagine in the distant future a hologram of a professor who teaches a lesson for a young generation of settlers somewhere on Mars, while at that time in one of the best universities on Earth!) and space tests ( for example, if there is not enough space on board the ship for a profitable mission participant). 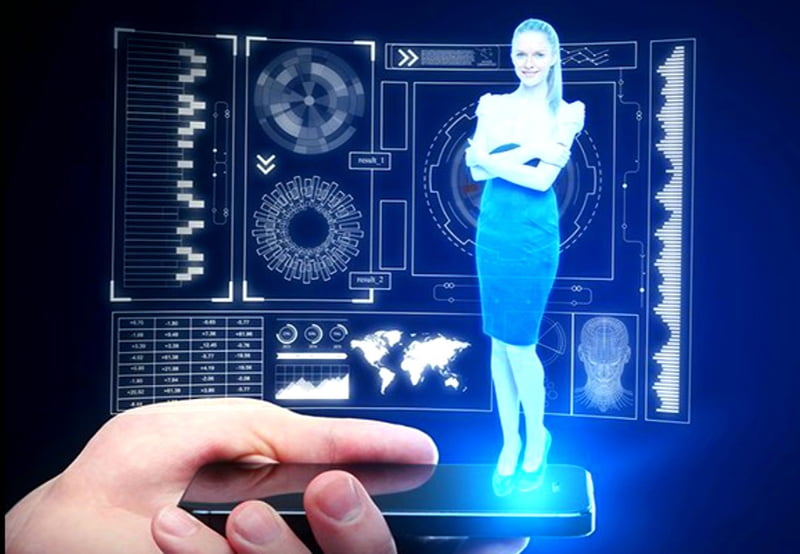 “Imagine that you have the opportunity to take the best instructor or a real developer of a particularly complex technology with you anywhere,” Josef Schmidt shared the prospects for using holoportation, who “visited” the ISS thanks to the new technology.

So far, holoportation is a very expensive pleasure, so only large organizations use it. But what prevents us from dreaming now about a possible near future, when at any moment it will be possible to meet a loved one at home, even if at that moment he is millions of kilometers away from us, and invite him to a cup of virtual tea?