(ORDO NEWS) — The recovery of neurons of the peripheral nervous system is severely limited by the long-term regeneration of their axons, the long processes that form the nerve fibre.

An international team of scientists has found out how the practice of intermittent fasting accelerates the processes of regeneration and restoration of sensory functions of damaged limb nerves.

Intermittent (or intermittent) fasting is a medical practice that consists in establishing and strictly adhering to a food intake schedule with periods of complete rejection of it (or a strong reduction in the number of calories consumed), followed by periods of consumption without restrictions.

This approach has previously been shown to not only help with weight loss, but also reduce blood pressure, inflammation, and the risk of heart disease.

In a new study, an international team of scientists found that intermittent fasting, among other things, helps repair neurons in the peripheral nervous system of mice after damage.

The study evaluated the regeneration of mouse neurons after damage (as a result of a special surgical operation) of the sciatic nerve, one of the longest in the body of humans and other vertebrates.

It runs from the lumbosacral spine down the leg to the foot itself and is responsible for the muscle function of the lower extremities and their sensitivity.

To explore the role of intermittent fasting in restoring nerve function, half of the rodents were on a strict diet (one day they ate as much as they wanted, and the next day they were completely without food), while the other half could eat without any restrictions throughout the experiment.

The trial continued for a month prior to surgery, and recovery of mouse neurons was observed for three days after nerve rupture. As a result, the rate of axon recovery in pre-starved mice was about one and a half times higher than in rodents that lived without a diet.

“Today, there is no other treatment for people with peripheral nerve damage other than surgery, which is only effective in a small proportion of cases.

This prompted us to investigate whether changes in the patient’s lifestyle can help recovery, explained study co-author Professor Simone Di Giovanni , from the Department of Brain Sciences at Imperial College London.

“Intermittent fasting has been linked in earlier work to wound healing and new neuron growth, but our study is the first to accurately explain how fasting can help repair nerves.”

Studying the mechanism of accelerated axonal recovery, the authors of the study found that when mice are restricted in their diet, the content of indole-3-propionic acid (IPA), a metabolite of the intestinal bacteria Clostridium sporogenesis, increases markedly in their bloodstream.

These bacteria are normally found in the gut microbiome of both mice and humans, and the IPA compound is found in their bloodstream.

To confirm the role of IPA in neuronal repair, the researchers completely cleared the intestines of rodents from all bacterial microbiome, except for a certain strain of Clostridium sporogenesis – in some it produced IPA, while in others it did not.

As a result, only mice with IPA-producing bacteria showed accelerated neuronal recovery. It is worth noting that with oral administration of IPA after surgery for injury to the sciatic nerve, regeneration and accelerated recovery of axons were observed only after two to three weeks.

In the next step, the researchers plan to test this mechanism in mice with spinal cord injury and find out how to maximize the effectiveness of IPA.

In addition, it is necessary to understand whether IPA levels increase after intermittent fasting in humans, as well as the effectiveness of IPA and a similar diet as a potential treatment in humans. 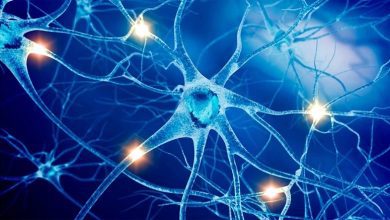