Claims are made against her about the incredible high cost, the use of controversial technical solutions and the regular postponement of the first launch. Now, when, it would seem, everything is ready for launch, the rocket is again removed to the hangar for modifications. How long the new delay will be is an open question.

The giant SLS rocket , intended for the first mission of the Artemis program, has been sitting on the LC-39A launch pad at the Kennedy Space Center for a month. During this time, the Exploration Ground Systems ( EGS ) division of the National Aeronautics and Space Administration ( NASA ) made three attempts at a “wet dress rehearsal” of the launch.

During such tests, the full range of operations corresponding to the launch is performed, the rocket is only not “released” from the launch pad. In the case of Artemis I , the engines are also not started; they were tested as part of the first stage at the stand of the John Stennis Space Center in Mississippi.

Although not everything went smoothly there either, the specialists were satisfied with the parameters of the RS-25 , so they were recognized as airworthy. But on the LC-39A, a series of troubles does not even think of stopping.

At first, the weather put spokes in the wheels, but on April 3, finally, the rehearsal began. And they stopped even before the start of refueling with fuel components.

There has been a problem with the special fans that blow through the Mobile Launch Platform ( MLP ) structure to keep combustible and dangerous gases from accumulating there.

This is a tracked carrier superstructure that carries the SLS rocket (and before that, the Space Shuttle and Saturn V ), an integral part of the ground infrastructure.

The tests were postponed to the next day, the fans were repaired. On Monday, April 4, EGS specialists were able to reach the filling of the first stage with liquid hydrogen. But also not without hitches.

There was a problem with the supply of nitrogen to the site from a plant outside the launch complex: it took several hours to temporarily solve it. After the start of refueling with liquefied oxygen in fast mode (first slow and cooling of all lines) it was the turn of hydrogen.

But one of the drain valves was blocked in manual mode. Naturally, no one would allow people to the rocket, when almost half of the oxidizer was poured into the oxygen tank, so the rehearsal was postponed , and the oxygen began to be drained.

After albeit partial, but still refueling with cryogenic fuel components, the design required an inspection, so it was impossible to plan for the next two days of testing.

However, further SLS began to conflict for the spaceport with the SpaceX Falcon 9 rocket for the Ax-1 mission , which was scheduled to launch on the eighth day. And by the way, it went great. And the “wet dress rehearsal” of Artemis I was scheduled for April 11, with the start of the full cycle of preparations already on the ninth.

In the meantime, on April 6-7, difficulties were revealed in maintaining the pressure of the boost gas (helium) of the second-stage ICPS tanks . The culprit later turned out to be a faulty valve. Because of this test again ” left to the right’ for another three days.

Paradoxically, the notorious ICPS, due to the faulty valve of which, in part, now there is a large delay, is perhaps the simplest, most understandable and proven component of SLS. Technically, the Interim Cryogenic Propulsion Stage is the cryogenic second stage of the Delta III and IV rockets with minimal modifications. Moreover, this component of the entire rocket was ready before the rest: the stage now installed on Artemis I arrived at the Kennedy Space Center, ready for integration into the carrier, more than three years ago / ©NASA

Moreover, the test program was changed so that the failed valve of the second stage did not have to be used. Simply put, the new plan was simple: not fuel the ICPS , but only cool its pipelines with small amounts of liquid oxygen and hydrogen.

Fortunately, almost always all leaks become noticeable at this stage. The fact is that the replacement of a defective part is, of course, inevitable and will not even take too much time, but for this the entire rocket will have to be taken to the assembly hangar ( VAB ).

That is, another day for transportation there, some repair period, and then again a day back. It is better to conduct a rehearsal, albeit not in full, but to identify potential weaknesses in other systems. And so it happened.

On the morning of April 14, the third attempt to rehearse the launch began. Oxygen was again filled in almost by half, although again not without problems – at the stage of slow supply (at the beginning of the process), pressure and temperature fluctuated abnormally.

And the gas station was delayed due to another problem with the supply of nitrogen. Then they began to supply hydrogen, but quickly stopped this business: there was a leak in the refueling line connection to the rocket on the mobile launch platform.

On that day, NASA employees also checked the ICPS refueling , but did nothing else globally. The fuel was drained, the rocket was left alone, and everyone went together to decide how best to proceed.

They promise to announce the final verdict at a press conference today, at 21:00 Moscow time, but it is already known. According to the SpaceNews portal , citing the agency’s press service, the SLS will be returned to the VAB hangar.

There they will fix all the problems, replace the notorious valve and once again prepare the carrier for the launch. But whether there will be another attempt at a dress rehearsal is an open question. Most likely, yes, but because of these delays, the flight may move to the second or third launch window.

Almost certainly, NASA does not fall into the first launch window: given the “agility” of all work on SLS , it is unlikely that the existing problems will be solved in less than a month. And there are still two or three weeks of preparation for the launch. In general, back to back time. But July looks more realistic. August even more so. 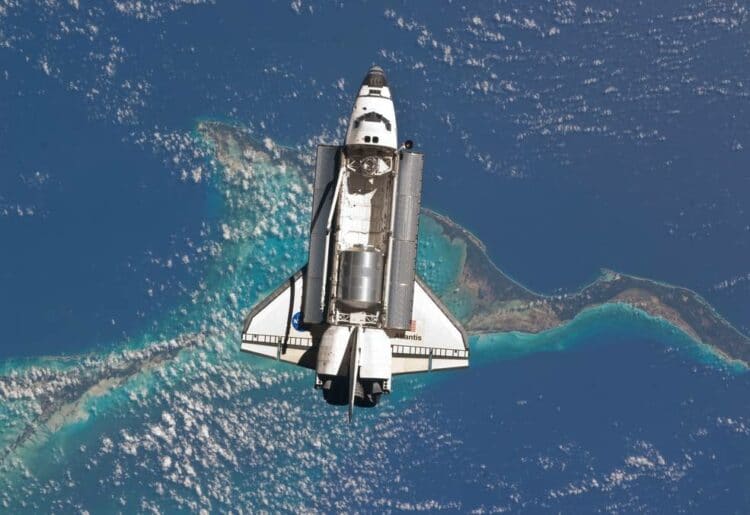 In fairness, it is worth noting that for all three, albeit incomplete, but still quite detailed “checks almost by combat”, no critical problems were identified in SLS . The main troubles are from ground equipment, with the exception of the valve for checking the helium pressure in the second stage (and it is only one of the insurance systems).

So laughter with laughter, and 11 years after the completion of the operation of the entire rather worn-out infrastructure for the Space Shuttle , it was not only restored, but also adapted to a new configuration rocket without serious excesses.

Yes, SLS is a “hodgepodge” of solutions already used, but they are arranged differently, so just tucking in old hoses with wires will not work.