(ORDO NEWS) — Gazing at the night sky can evoke a sense of wonder regarding humanity’s place in the Universe. But that’s not all it can evoke.

If you’re knowledgeable about asteroid strikes like the one that wiped out the dinosaurs, then even a fleeting meteorite can nudge aside your enjoyable sense of wonder.

Luckily, planetary defense is at the top of mind for some scientists and engineers. One of those scientists is Professor Philip Lubin from the University of California Santa Barbara.

Lubin is developing his idea called PI-Terminal Defense for Humanity. The PI stands for Pulverize It, and Lubin thinks pulverizing an incoming impactor into tiny pieces is our best bet to protect ourselves from an asteroid on short notice. The Pulverize It scenario

Lubin presented his PI Planetary Defence idea at the 2021 Planetary Defence Conference. His idea is now a Phase One awardee in the NASA Innovative Advanced Concepts (NIAC) program. NIAC aims to promote and support visionary ideas that can transform future NASA missions.

The threat of an asteroid strike is genuine. A massive asteroid like the one that wiped out the dinosaurs would kill our civilization. We’ve faced more minor threats, like the Tunguska Event and the Chelyabinsk meteor, but can we count on luck to avoid devastating impacts? That wouldn’t be wise.

“So far, humanity has been spared large-scale catastrophe as was visited upon our previous tenants, but counting upon being ‘lucky’ is a poor strategy in the longer term,” Philip Lubin said in 2021.

NASA is busy finding and cataloguing asteroids that pose a threat to Earth. But that’s only an initial step. We must develop ways to protect Earth from a catastrophic impact.

Much of the thinking around asteroid impact mitigation is focused on long lead times. If we know months or years ahead of time when an asteroid will impact Earth, we can send out a kinetic impactor to redirect the asteroid. With enough lead time, even a small kinetic impactor can redirect a large asteroid away from us.

But what if time is short? What if we find out too late? What if we’ve launched a kinetic impactor, but it missed or failed somehow? That’s where Lubin’s PI idea could come into play. The main idea of PI is to pulverize an asteroid into smaller debris which would then burn up in Earth’s atmosphere.

“In short intercept scenarios, the asteroid fragments of maximum ~10-meter [about 33 ft] diameter allow the Earth’s atmosphere to act as a ‘beam dump’ where the fragments either burn up in the atmosphere or air burst, with the primary channel of energy going into spatially and temporally de-correlated shock waves.”

PI’s idea is to design an impactor that’s not only kinetic but explosive. The impacting device would be fitted with penetrating rods to pierce the asteroid. Explosives would fill some rods, and the resulting explosion would pulverize the bolide into smaller chunks, hopefully 15 m or less in diameter.

The pieces would form a cloud of debris. Depending on the size of the bolide, the size of the device, and the distance from Earth when detonated, some of the debris might strike Earth. But much of it would be destroyed through friction with the Earth’s atmosphere.

“The effectiveness of the approach depends on the time to intercept and size of the asteroid, but allows for effective defense against asteroids in the multi-hundred-meter diameter class and could virtually eliminate the threat of mass destruction caused by these threats,” Lubin explains.

According to Lubin, the PI System could be in orbit around Earth or even housed on a lunar base.

“Compared to other threat reduction scenarios, this approach represents an extremely cost-effective, testable, and deployable approach with a logical roadmap of development and testing. Pre-deployment of the system into orbit or a lunar base allows for rapid response on the order of less than a day if needed,” Lubin said.

“The great advantage of this approach is that it allows for terminal defense in the event of short warning times and target distance mitigation where orbital deflection is not feasible,” said Lubin. “Even intercepts as close as the Moon with intercept times of a few hours prior to impact are viable.”

The Moon has a couple of inherent advantages. For one thing, it has no atmosphere, so as a base for observing the asteroid environment near Earth, it would allow “long-range optical/NIR LIDAR detection” of incoming asteroids. The Moon also has a lower escape velocity than Earth, making launches easier and less expensive.

Launching a large explosive impactor from Earth is becoming more feasible over time, too. Heavy launch vehicles like SpaceX‘s Falcon Heavy, NASA’s Space Launch System, and others are heralding a new age of powerful rocket technology.

Lubin says that the PI system only needs a five-hour prior to impact window to destroy an asteroid the size of the object in the Tunguska Event.

That object was likely about 50 meters in diameter and exploded with a force of about 10 Megatons. It knocked over millions of trees in a remote part of Siberia. If an object that size were to explode over one of our cities, it would be devastating.

The Chelyabinsk meteor blew the windows out of buildings and caused injuries, and it was only about 20 meters in diameter.

The system could also work when it comes to massive asteroids like Apophis. Apophis will pass near Earth in 2029, but it won’t impact Earth. However, if it passes through what’s called a “gravitational keyhole” during its 2029 flyby, it could be nudged enough that it could strike Earth on the subsequent flyby.

Apophis is about 370 meters in diameter, and its yield is about four gigatons. Lubin said that his PI system could successfully destroy Apophis-sized asteroids with a 10-day prior to impact intercept.

It’ll be interesting to see how much further Lubin develops his Pulverize It asteroid defense idea. NASA launched its Double Asteroid Redirection Test mission in November 2021. DART is headed for the double asteroid system of Didymos and its smaller companion, Dimorphos, which orbits Didymos.

Dimorphos isn’t on a trajectory toward Earth. DART is purely a test mission, and impacting Dimorphos will lead to a slight change in the trajectory of the double asteroid system. NASA will monitor the system after the impact to see if the mission was successful.

But there’s no reason we can’t develop multiple asteroid mitigation systems in parallel. That might be the most prudent way forward.

As we get better and better at finding all of the asteroids that threaten Earth, we’ll be more prepared for intercepting asteroids with advanced lead times. But no system is foolproof.

It’d be wise for humanity to develop another system that could launch rapidly and be employed on short notice. Then we can look up at the sky and relax. 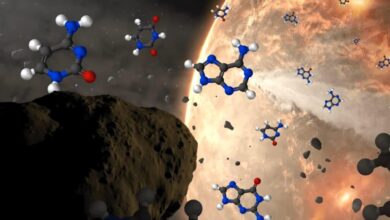 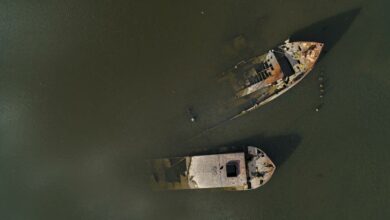 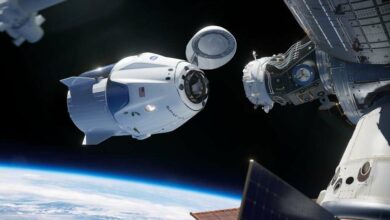 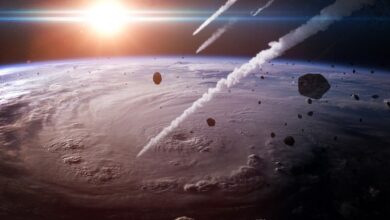