(ORDO NEWS) — A draft policy proposed by the San Francisco Police Department (SFPD) would allow police officers to kill suspects with robots. This proposal, according to experts, is a landmark event in the use of remotely controlled robots.

The move has already been heavily criticized by the public for equipping robots with weapons, including an ongoing lawsuit involving a robot company equipping one of its robot dogs with a machine gun .

According to the proposal, the new policy would allow remote-controlled drones to deliver the killing blow, but only under certain circumstances.

“The robots listed in this section must not be used outside of training and simulation, apprehending criminals, critical incidents, exigent circumstances, executing a warrant, or during evaluation of suspicious devices,” the proposal says.

“Robots will only be used as an option to use lethal force when the risk of death to members of the public or officers is imminent and outweighs any other option available to the SFPD to use force.”

The proposal outlines the specific robots that will be allowed for use, including a range of small, deployable bomb disposal and reconnaissance platforms. 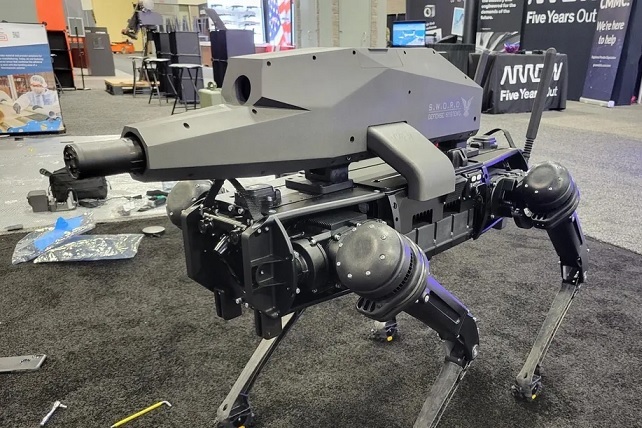 Of note, it includes the massive REMOTEC F6A, a heavy-duty IED-disposal robot that can be equipped with several different weapon platforms.

According to Mission Local, previous versions of the sentence included the words “Robots shall not be used to use force against any person.” However, they have now been eliminated in favor of language describing the use of force.