(ORDO NEWS) — An English Benedictine monk several centuries ago spoke about a phenomenon whose nature has not yet been fully explained.

Giles Gasper, a professor of history at Durham University (UK), studied a medieval text written by the English chronicler, Benedictine monk Gervasius of Canterbury (in some translations, Gervase of Canterbury) more than 800 years ago. There he met a description of what the chronicler himself called a miracle and a sign.

According to the manuscript, on June 7, 1195, a dense and dark cloud hung over the Thames near London. It emitted a white luminous substance, which acquired a spherical shape and began to look like a fireball, which then fell into the river.

To understand what exactly happened on the banks of the Thames that day, Professor Gasper turned to a physicist from the same university, Brian Tanner. The result of the collaboration is featured in the Royal Meteorological Society’s journal Weather. 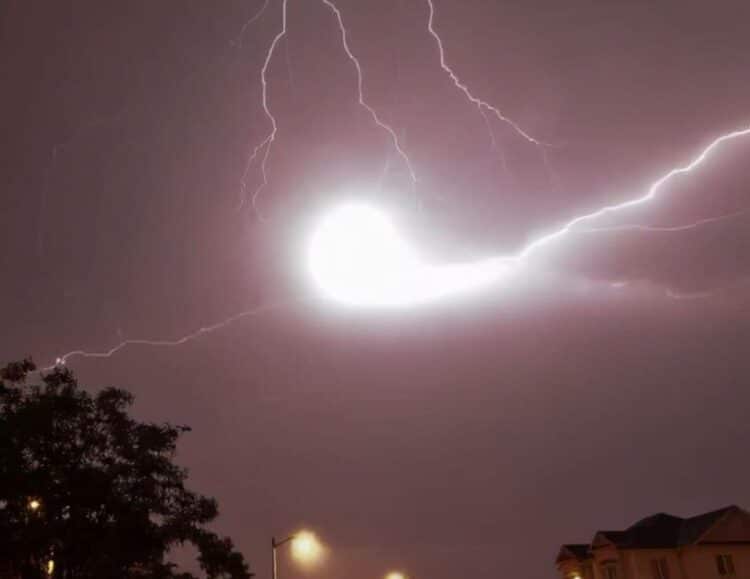 Researchers from Durham suggested that we are talking about ball lightning. They compared the text of the chronicle of Gervasius with historical and contemporary reports of such phenomena and concluded that this is the earliest description of ball lightning found to date.

Physicists do not really explain the nature of this phenomenon: there is no single consistent theory about its occurrence and course. And when scientists are unable to explain rare phenomena, they begin to doubt their existence. Therefore, for a long time, fireballs were generally considered the result of hallucinations, and any eyewitness testimony was questioned: they were looking for inconsistencies in it.

Today, the hypothesis that ball lightning exists only in the imagination of eyewitnesses is still not the main one (which was helped by the accidental fixation of this object on video). Physicists believe that this is a plasmoid – a plasma clot. In laboratory conditions, so far only very short-lived plasmoids have been obtained, while ball lightning can “float” in the air for quite a long time.

Before the work of scientists from Durham University, it was believed that the earliest reliable evidence of such a phenomenon dates back to 1638 – the famous thunderstorm in the town of Widecombe-in-the-Moor in the south-west of England. On October 21 of that year, during a severe thunderstorm, a huge luminous ball flew into the church premises – witnesses claimed that it was up to two and a half meters in diameter. 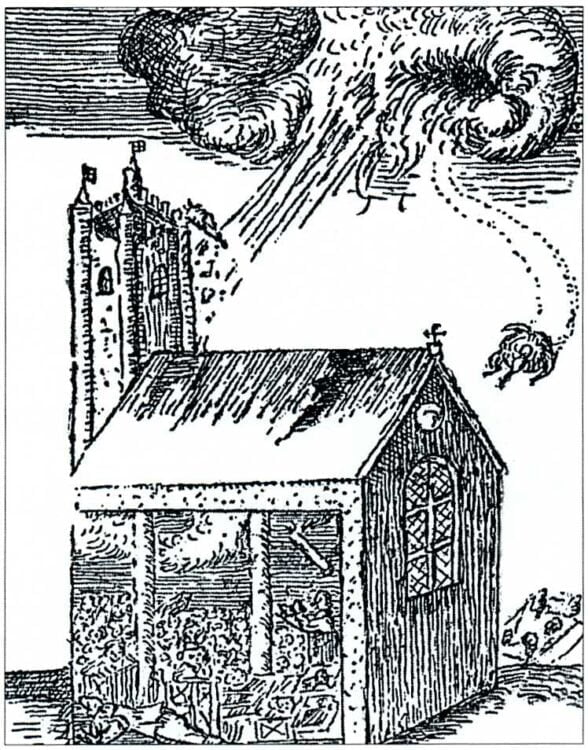 The ball knocked out several large stones and wooden beams from the walls of the building. Then he broke benches, smashed many windows and filled the room with thick smoke with the smell of sulfur. Then it split into two smaller balls: the first flew out, breaking another window, the second disappeared somewhere inside the church. As a result, four people died and several dozen were injured.

The smell of sulfur, the scene of the incident (the church), the very sight of the fireball – all this was enough to explain the phenomenon as the coming of the devil or the wrath of God. Moreover, it turned out that two parishioners played cards during the sermon – they are to blame.

If the inhabitants of Widecombe-in-the-Moore had read the chronicles of a Canterbury monk who lived several centuries before them, then perhaps the version with the devil would not have been so unconditionally accepted. Of course, Gervasius also considered the luminous ball a miracle and a sign, but without a specific indication of whether this is good or bad. Most likely, lightning deserved such a “soft” characteristic due to its “peaceful” nature: it didn’t kill anyone and didn’t destroy the church.

It was noted above that for a long time the existence of ball lightning was attributed to hallucinations or violent imagination. The question arises: how reliable are the chronicles of Gervasius? We can verify the historical information presented by him in the “Chronicle of the reign of Stephen, Henry II and Richard I in England” and “The Acts of Kings” from other sources. But what about natural phenomena?

Scientists from Durham studied the records of the chronicler, where he talks about natural phenomena, the dates of which we now know. This is how he described the total solar eclipse on September 13, 1178, and it agrees with the evidence of other observers, as well as with the calculations of astronomers.

In addition, Gervasius recorded, from the words of other monks, the observation of the “splitting of the Moon” – most likely, we are talking about the formation of the Giordano Bruno crater (he himself is not observed from Earth, but his formation was associated with the passage of Beta Taurid near the Moon ). Professor Gasper thus concluded: “Given that Gervasius appears to have been a reliable chronicler, we believe that his description of a fireball on the Thames on 7 June 1195 was the first fully convincing account of ball lightning anywhere.” A 1200 manuscript describes a falling fireball