(ORDO NEWS) — The author of a new study suggests that the unusual funeral rite, which appeared on the territory of Britain in the 7th century, is a consequence of the gradual Christianization of the island.

The custom of placing the body of the deceased on a bed, and then burying it in the ground or closing it in a burial chamber, appeared less than two thousand years ago.

The earliest finds of such burials are from Coptic Egypt: they were made in the Karara cemetery , dated to the 3rd-5th centuries AD.

To date, archaeologists have found 72 such “bed” (or “bed”) burials in Europe. The unusual rite spread widely – from Slovakia to England.

At the same time, the difference in details is very large: both men and women were buried in this way, there is even one burial of a child – a six-year-old boy under the Cologne Cathedral.

Some were tied to the bed, others were covered with votive offerings from above. Therefore, scientists could not come to a conclusion about whether the practice of such burials belonged to any particular layer of people.

Emma Brownlee from the University of Cambridge (Great Britain) analyzed all examples of European “bed” burials and concluded that if it is not possible to present any systematization based on continental finds, then English “bed” graves have common features and origin. She outlined her findings in an article published in the journal Medieval Archeology .

The most important difference between English burials of this kind is that they all belong to the 7th century and they are all female.

In continental Europe, this practice appeared in the 5th century AD and became widespread in the 6th-7th centuries. That is, the mournful fashion came to Britain last.

An isotope analysis of bones from several burials in England showed that the women buried there did not grow up in Britain.

And the results of isotope analysis of the remains from the “bed” graves in the continental part of Europe indicate that people who grew up in the same places were buried in beds there.

That is, in Britain, the rite applied only to women who arrived (obviously in connection with marriage) from other lands.

Brownlee relates these data to the historical context. We know very little about England in the 7th century due to the catastrophic lack of sources, historians call these times the Dark Ages for a reason. But some details are clear.

At the beginning of the 5th century, the Roman legions left the island and the gradual barbarization of Britain began.

After the fall of the Western Roman Empire in 476, the Romanized population of England quickly finds itself on the sidelines – the Germanic tribes of the Angles and Saxons who came from the continent receive power and lands.

In continental Europe, times were also difficult, but still not as dark as in Britain. Scientists believe that England at that time became almost completely pagan, while on the mainland Christianity, although it lost ground, did not disappear.

At the end of the 6th century, Gregory I became pope, who set as his goal the spread of Christianity in pagan lands. He pushed the idea of ​​conversion through missionary work.

Emma Brownlee believes that one of the slightly less obvious ways the church tried to win people over was by encouraging marriages between Christian women and non-Christian men.

In 2011, another “bed” grave was unearthed in the east of England: a young woman was buried on a wooden bed fastened with iron brackets. In this burial, archaeologists found several notable tomb items: a knife, glass beads, and a richly decorated golden cross studded with garnets.

The cross indicates that the woman was most likely a Christian. But the rest of the grave goods say that people with pagan traditions buried her. Brownlee believes that it was Christian women who brought these burial rites with them, as a result of which they became associated with femininity and Christianity in England.

The paper says: “We see a particular policy of Christian families trying to marry off their daughters to members of the English elite who were non-Christians at the time. The idea was that wives were a transformative influence on families, so women really played a key role in these marriages.”

Why were they buried in beds, and not in normal coffins? Brownlee believes that this could be related to the status of a person, as well as a poetic metaphor regarding death. 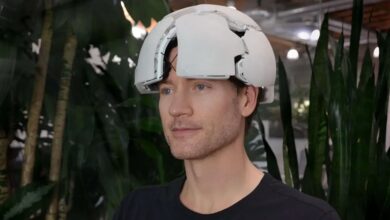 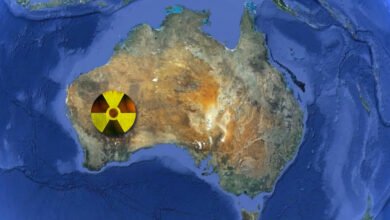 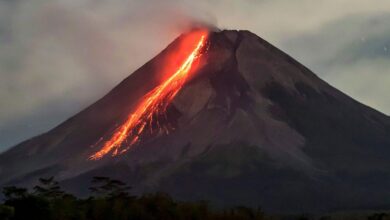