(ORDO NEWS) — British archaeologists have unearthed an ancient tomb in the necropolis of the capital of the Egyptian king Akhenaten.

Inside it lay the remains of several people, including a young woman who lived during the reign of the 18th dynasty. With her, the researchers found precious jewelry made of gold and soapstone: a necklace and three rings.

On the east bank of the Nile, about three hundred kilometers from Cairo, is the complex of monuments Tel el-Amarna (Amarna).

It is the remains of the ancient Egyptian city of Akhetaten (“Horizon of Aten”), the capital built in the 14th century BC by King Akhenaten (aka Amenhotep IV), who is known for his religious reform and the introduction of the cult of the god Aten.

Akhetaten was a beautiful white-stone city with richly decorated palaces and temples, but it did not last long. Shortly after the unexpected death of Akhenaten, he was abandoned, and the last pharaoh of the XVIII dynasty, Horemheb, ordered the destruction of the city left by the inhabitants.

Researchers began to show interest in the capital of Akhenaten as early as the 18th century, but large-scale excavations did not begin until 1891.

Among the discoveries made at this complex of monuments are the so-called Amarna letters (a large body of cuneiform texts), works of the Amarna period of ancient Egyptian art, tombs, as well as the ruins of palaces and temples.

Since 1977, Tel el-Amarna has been excavated by archaeologists from the University of Cambridge. 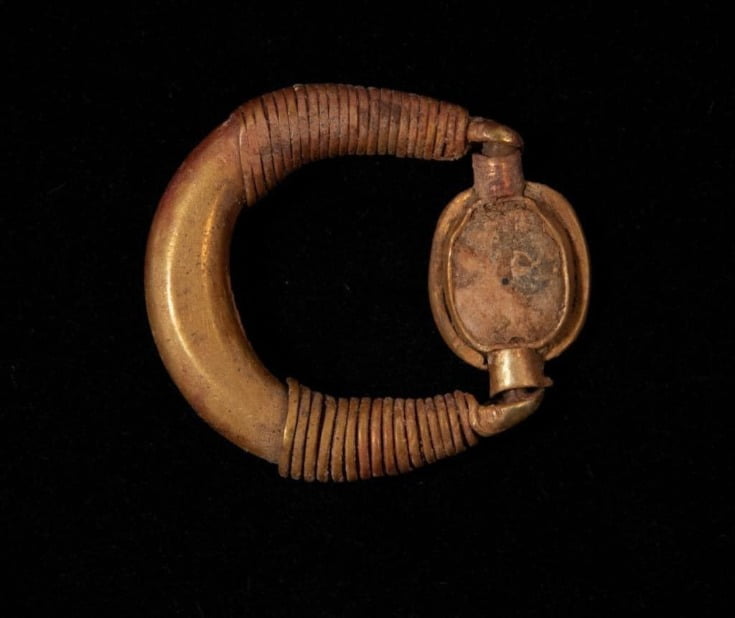 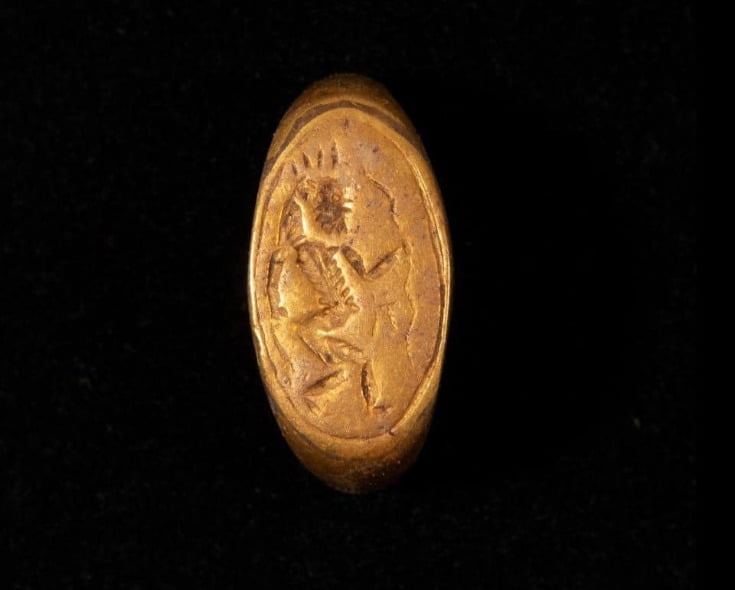 Members of the British Archaeological Mission from the University of Cambridge have carried out new excavations at the Tel el-Amarna necropolis. In a small underground tomb from the 18th Dynasty (1550-1292 BC), they found the remains of a young woman wrapped in cloth and mats. Several other people were also buried here.

However, the female burial attracted more attention of researchers, because along with the remains they found precious jewelry made of gold and soapstone. Among them were a necklace with pendants in the shape of petals, as well as three rings.

One of them is adorned with the image of the deity Bes, the protector of people from evil forces, who provided assistance to households, women in childbirth, mothers and children. On the other ring there is a hieroglyphic inscription. 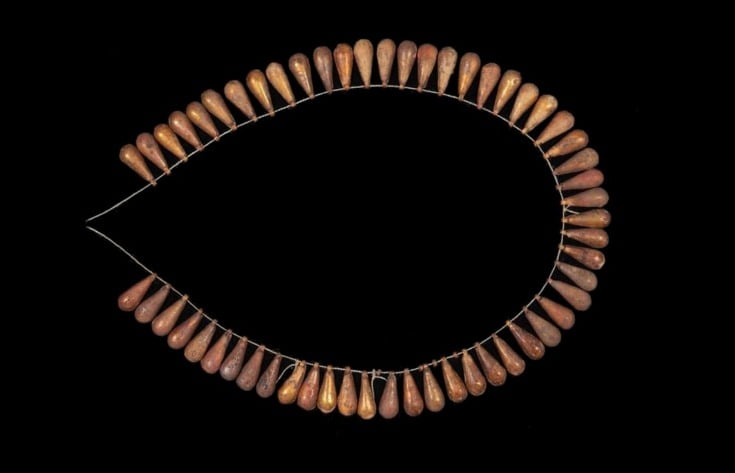