(ORDO NEWS) — Well-known in Europe, the story of Woolpit green children, recorded by the English chronicler monks William of Newburgh and William of Newburgh, still haunts researchers who admit those amazing events are real. And if so, then the green people, who came, apparently from another world parallel to us, should have descendants.

A little about the story of green children itself 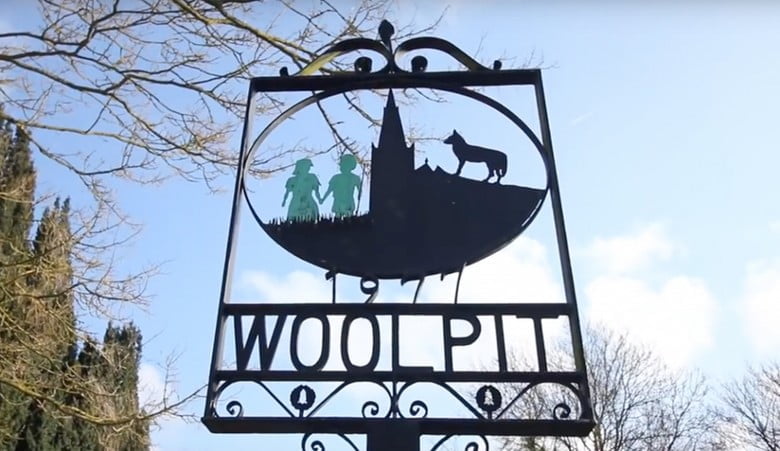 Today, the village of Woolpit in England (Suffolk County) is known primarily for the legend of green children, and in the 12th century, in the middle of which a miracle allegedly happened, it was an ancient city, so named because of the pits for catching wolves (wulf-pytt) , found in abundance in those parts. One summer day, the reapers in a field near Woolpit stumbled upon two green children (a boy and a girl with green skin), who literally “came out” of the wolf’s pit, at least twice their height. 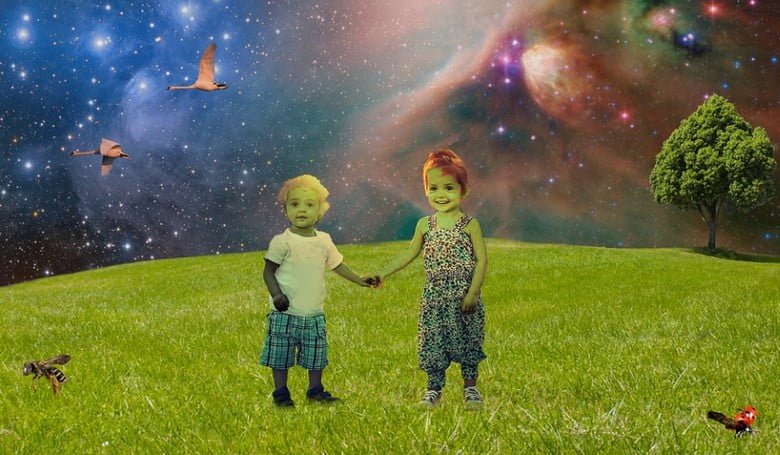 The children were clearly frightened as they looked around with fear. They could not explain anything, because they spoke an unknown language. The children were also very strangely dressed. The boy and the girl were sheltered by Richard de Calne, who later told this story to the monk William of Newburgh.

The strange green children ate nothing at first, except the beans they had chosen from the food offered to them. Although gradually Sir Richard converted them to the usual English diet. Unfortunately, the boy died soon after, never recovering from melancholy and repeated lethargic dreams. But the girl, whom they began to call Agnes, easily adapted to the new life, learned English and told what happened to her and her brother.

It turned out that the children lived in the country of Saint-Martin of the twilight world, where the sun never rises above the horizon, as in England, and therefore in those lands people watched only sunrises and sunsets. True, from Saint-Martin you can see a bright country behind a fantastically wide river (in England there is nothing like it), but green children have never been there. One day the girl and her brother were tending sheep and suddenly heard a strange sound that delighted them and caused either numbness or loss of memory. And when the strange ringing passed, the children with fear found that they were nowhere. The sound, as Agnes later determined, was nothing more than the ringing of bells, which she then constantly listened to in the church of St. Edmund …

Looking for the descendants of green children

Later, Agnes was baptized, turned into a rather attractive girl with a normal skin color (this was apparently facilitated by a new diet and sunlight) and got married. Her husband was the archdeacon of King’s Lynn (Norfolk County) Eli Richard Barre. Richard Barre was later the senior ambassador to Henry II. Agnes and Richard had children (unfortunately, it is not known how many), and therefore in the UK, apparently, descendants of green people from the twilight world still live.

Independent researchers of this mysterious story are convinced that green children came from a parallel world or even from another planet. Most likely, they broke through here through a random portal. Such movements through the worlds, although not often, do occur – and some of them are documented. True, aliens from other worlds most often then disappear, that is, they “return home.” Why the green boy and girl are stuck in our reality is another mystery.

As it turned out, finding the descendants of Agnes (the green girl from the twilight world) is extremely difficult, almost impossible. And this despite the fact that in England the dates of birth of children, baptism and marriage were clearly recorded in church books. As Bob Roberts, a collector of folk songs in England, says, for example, many argue that descendants of green children still live in Woolpit, but no one says who these descendants are. There is some kind of cover-up mystery hovering over all of this …

If we turn to historical research, then what kind of theories can not be read, why the children found in Woolpit turned out to be with green skin. But here’s what’s strange: these studies show the same desire of the authors to hide the main thing, namely: among the inhabitants of modern England there are descendants of representatives of the twilight world. And therefore, when, for example, comparisons are made with other people of our planet with greenish skin, then for some reason the main facts are silent. And they are as follows: the boy and girl found near Woolpit spoke an unfamiliar language, did not eat normal food, appeared as if “out of nowhere” and, most importantly, Agnes remembered not some other country, but a completely different twilight world of her childhood.

The story of green children remains a mysterious and very attractive legend. I wonder if the descendants of Agnes themselves know her, and if they know what they think about it, what kind of dreams do they possibly see about their ancestors and about their twilight ancestral home? ..

In conclusion, we add: meticulous independent researchers did find one descendant of Agnes – this is the famous politician Richards Ivor, a member of the Privy Council under Queen Elizabeth II of Britain. Whether it is true or not, the politician himself does not say or write anything about it, does not even mention it. And, of course, no one has carried out serious research, for example, on the subject of DNA, and it is unlikely that this will happen in the near future …