(ORDO NEWS) — The 82-year-old has dedicated the last three decades of his life to creating a green oasis in the middle of the Gobi Desert.

Baraaduuz Demchig is often mentioned in the media as a man capable of combating desertification. Its 16-hectare oasis rises prominently from the barren Gobi Desert, where no other vegetation is visible for miles.

It is nothing less than a miracle, but it has been carefully planned and nurtured over the years by Baraaduuz and his family.

It all started in the early 1990s when a Mongolian farmer set out to plant vegetables in dry land, but his work was blown away by the wind.

It was then that he realized that he needed strong trees to protect his garden and began planting elms. 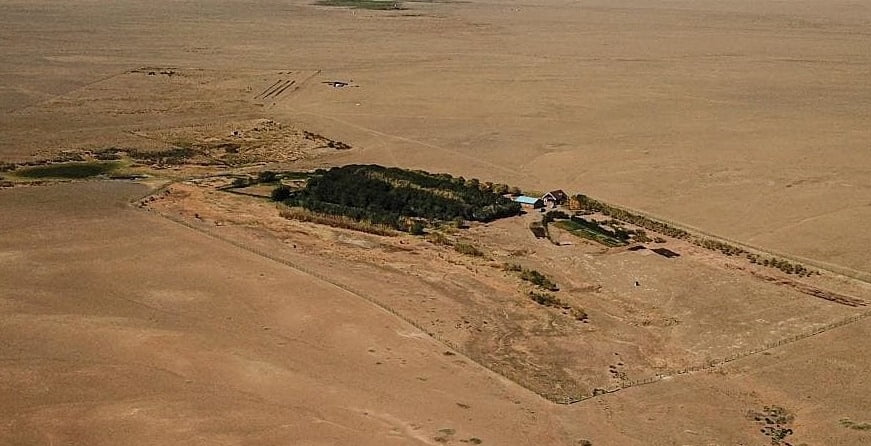 According to the Mongolian government, desertification affects almost 98% of the largest province of Umnugovi, and the land of Baraaduuz Demchig is no exception.

In 1992, when he was trying to plant cabbages on the land, dust storms tore the fragile plants out of the ground. He realized that he needed a wall to stop the strong winds, but not just a wall, but a living wall. 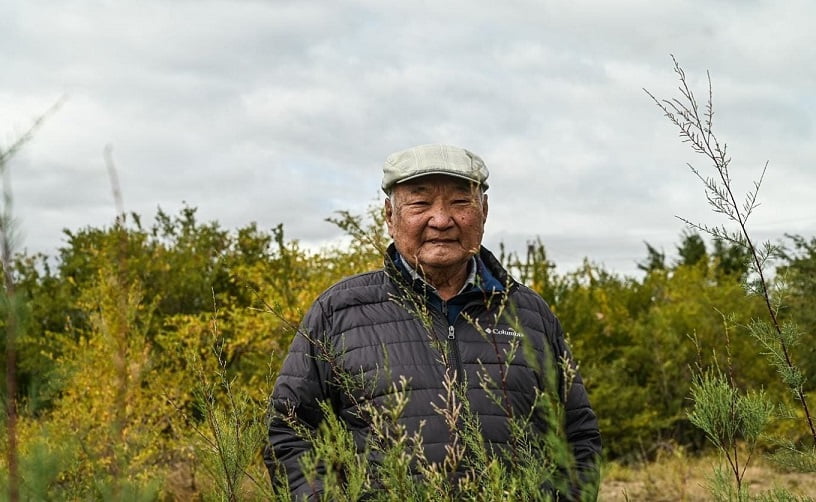 Baraaduuz started growing elms around his garden in the Gobi Desert. The results were impressive. Not only did his garden flourish, but his little tree plantation also flourished, and people took notice.

“The first year (1992) was difficult: it was a windy and sandy year. But in the second year, the trees were tall enough to protect my vegetables,” Baraaduuz told Channel News Asia.

“I started to believe in trees and started to love trees. And people started to notice and asked me to give them trees, and I started planting more.”

Although 16 hectares seem insignificant compared to the seemingly endless Gobi desert, the man has grown more than 400,000 trees on his land, many of which have been sold to farmers willing to follow his example. 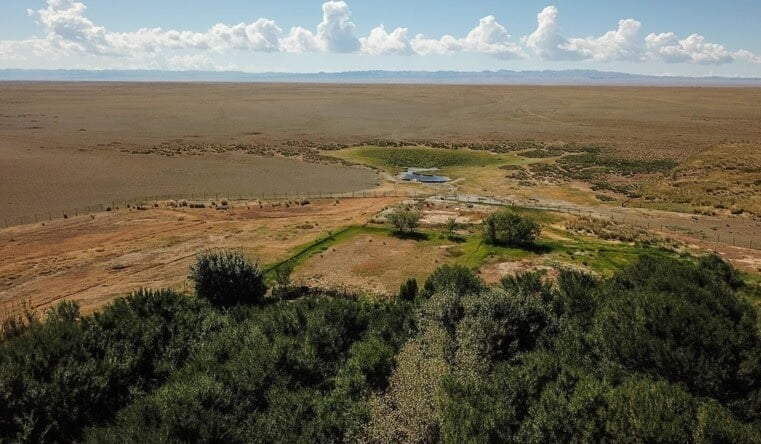 Looking at the barren wasteland surrounding the green oasis of Baraaduuz, it becomes obvious that few plants could grow in this area without care and protection. Yet the Mongolian farmer has been growing sea buckthorn, raspberries and other fruit bushes for decades.

So if a tree grows there, it proves that a tree can grow anywhere,” said the 82-year-old man.

Baraaduuz Demchig is too old to take care of the oasis, so he passed the baton to his grandson.

However, the old farmer’s perseverance has become a legend among the communities bordering the Gobi Desert, and he is often cited as an example by the Mongol authorities.

Baraaduuz and his family are not the only ones fighting the encroaching Gobi desert. In neighboring China, Wang Tianchang and his family have become role models for the anti-desertification movement, thanks to their success in adapting to harsh desert conditions and creating their own green oasis.