US, WASHINGTON (ORDO NEWS) — The prosecutor’s office of the southern Mexican state of Guerrero discovered the remains of journalist Victor Alvarez, who disappeared on April 2 after threats from criminal groups.

“The forensic medical examination found that the remains belong to citizen Viktor Fernando” N “, who disappeared on April 2 in a suburb of Acapulco,” the prosecutor’s post said in a Facebook message.

According to local media reports, relatives of the deceased head of the Punto por Punto news site, Victor Fernando Alvarez Chavez, reported threats from alleged members of local criminal groups that he received on the eve of his disappearance.

The national syndicate of press editors demanded that the authorities find the culprits and questioned the possibility of journalists working in the region.

This is the second murder of a journalist in Mexico in 2020 ; a week ago, an unidentified person shot journalist Maria Helena Farrell in the north of Veracruz (Gulf Coast – Ed.). 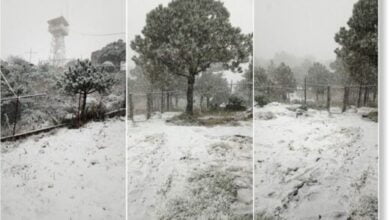