(ORDO NEWS) — Among the desert in Jordan, a group of local and French archaeologists discovered the oldest ritual complex. It is of great value for our understanding of life in the past.

The ritual complex was found near the famous place of the Neolithic period (3 – 10 thousand years BC), where the original hunting grounds of ancient people were located.

Then, at this place, scientists discovered the so-called “desert kites” – stone traps where hunters drove animals during the hunt. Now it became known that a shrine was also located there. 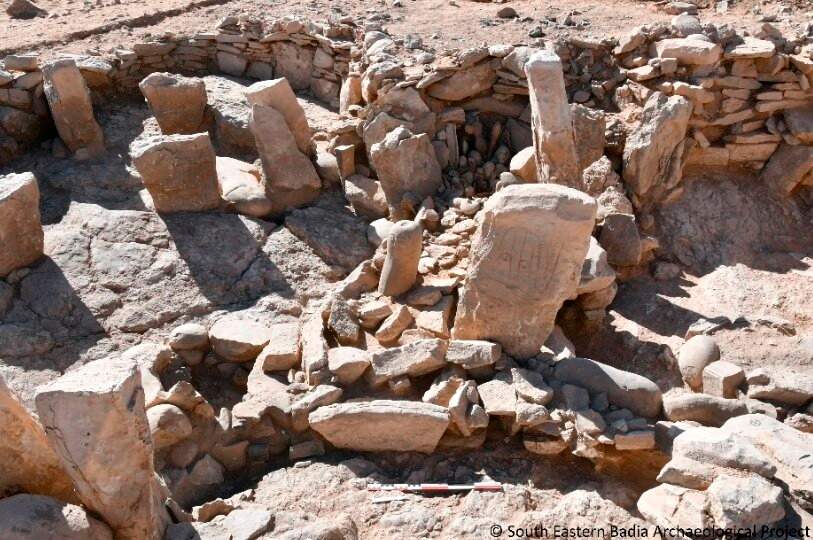 Photograph of the ritual complex

Ritual complex of the past

The ritual complex, scientists say, is about 9 thousand years old. Inside the “temple” they found two carved standing stones with anthropomorphic figures.

On one of them, the researchers noticed the same traps – “desert kites”. Also found on the stones were images of an altar, hearth, sea shells, and a miniature model of an animal trap.

Archaeologists are confident that this find is of unprecedented value, as it “sheds a completely new light on the symbolism, artistic expression, as well as on the spiritual culture of hitherto unknown Neolithic peoples.”

Probably, the inhabitants of this place were highly specialized hunters, and stone traps (“desert kites”) occupied a special place in their lives, because they allowed them to survive in the desert.

Scientists suggest that “desert kites” were “the center of cultural, economic and even symbolic life” of the people of the distant past.