(ORDO NEWS) — Food manufacturer Kirin and researchers at Meiji University have come up with chopsticks that add a salty taste to food.

A new electronic device sends a weak electric current directly into the food: a wave of the desired shape affects the ions in sodium chloride, which is responsible for the salty taste.

According to the authors, the main difficulty is finding the right waveform that affects ions such as sodium chloride. In addition, the current also affects monosodium glutamate ions, which is responsible for enhancing the taste. 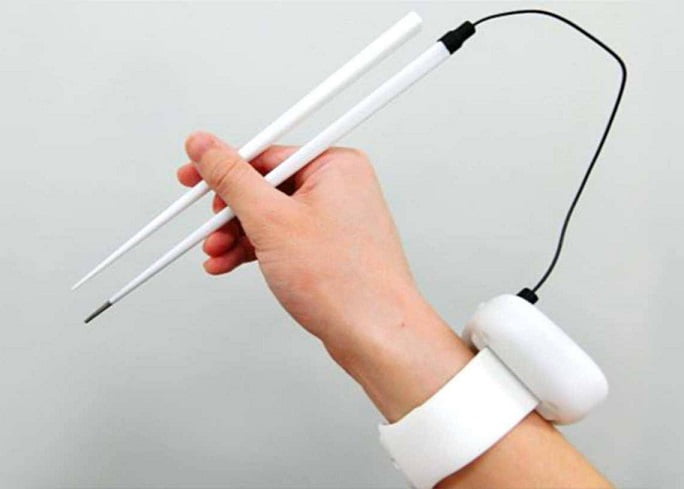 To test the effectiveness of their development, the authors conducted a test on volunteers. They were fed a gel with a specific salt content and asked to rate how salty it tasted to establish a benchmark.

The group was then given a 30% reduced salt gel. The subjects very accurately felt that the amount of salt decreased.

In the final part, the volunteers were given the same reduced-salt gel but ate it with electrified chopsticks. As a result, according to the sensations of the subjects, salinity increased by 50%.

According to the researchers, the current in the device is too weak to have any negative impact on the human body.