(ORDO NEWS) — Archaeologists have discovered artifacts of an ancient mysterious culture in India. This is another ghost people, whose traces are many around the world. How those people lived, what they believed in and why they disappeared is not known for certain.

Who are they and where did they come from

An ordinary expedition of archaeologists from the Australian National University in the Indian state of Assam turned into a sensation: 65 pitchers half-grown into the ground were found in dense forest thickets. The dimensions were amazing: some were three meters high and two in diameter.

Scientists have not yet established who made the artifacts. In form and ornament, they are completely unique.
Presumably, the vases belonged to the ancient Naga people, about whom little is known. They settled northeast India in the middle of the first millennium BC. But where they came from is the big question.

According to one of the assumptions – from Tibet. The sacred Ramayana and other Indian myths mention the mighty Naga kingdom, which flourished in ancient times in the foothills of the Himalayas. Others believe: a mysterious tribe – from the south, relatives of the Papuans and Polynesians.

“There is more material evidence in favor of this version. The fact is that we found jugs similar to these in Laos and Indonesia.

They were filled with cremated human remains,” said Nicholas Skopal, a member of the expedition, in an interview.

From the few written testimonies it follows that this is how the Naga buried their fellow tribesmen.

“The search will definitely continue. With luck, you will be able to learn much more about the mysterious people,” the scientist emphasized.

The Naga are not the only ghost people in India. For more than a hundred years, scientists have been struggling with the mystery of Mohenjo-Daro.

In 1914, the archaeologist Rahaldas Banerjee went to study the Pakistani burial mounds along the Indus River.

Before that, scientists did not come here, and the locals even considered the place cursed. But the researcher was sure of success. The city he discovered was truly the discovery of the century.

It turns out that in the Indus Valley there were once real megacities that could compete with Mesopotamia and Egypt. Mohenjo-Daro, which arose more than five thousand years ago, was striking in scale. “Three-four-story buildings were built with baked bricks.

Each house has a bathroom and toilet. A well-thought-out sewerage system. Effluent was discharged into special collectors, each of which was covered with a neatly cut stone slab. 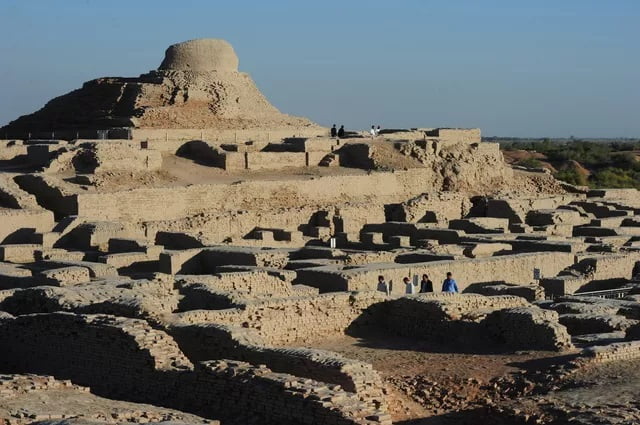 During the first ten years of research – from 1922 to 1932 – more than 40 thousand artifacts were collected: beautifully polished bronze statues, perfectly shaped pottery, and much more. Even weights for scales, which speaks of a centralized trading system.

But one circumstance puzzled the experts: there were no traces of any wars in the city, and most importantly, not a single human skeleton. Although the name of the metropolis from the Sindhi language is translated as “hill of the dead.”

“Moreover, it seemed as if all the inhabitants just left their homes on the same day. What made them do this is unclear,” Marshall wrote.

English archaeologist Mortimer Wheeler suggested in 1953 that the ancient culture disappeared due to the invasion of Aryan tribes from Central Asia in the middle of the second millennium BC.

The fact is that on the outskirts of the city the skeletons of 50 people were still found. It seems to be with signs of violent death. However, in 1994, it was established that the “injuries” on the turtles were the result of erosion. In addition, these remains are about a thousand years younger than the Aryan invasion.

They put forward another hypothesis: the city died from the flood. So thought the leader of the last major expedition to Mohenjo-Daro, the American archaeologist George Dales.

“In the middle of the second millennium,” he explained, “the level of the Arabian Sea rose sharply and, as a result, there was a powerful flood of the Indus River.

As a result, the region turned out to be uninhabitable. And peoples massively migrated to the southeast.”

He also notes: along with the Indian civilization, at that time there was a sharp decline in the Egyptian and Sumero-Akkadian kingdoms – due to the sharp shallowing of the rivers. But the scientific community does not consider this version convincing either.

Temple in the middle of the desert

Another puzzle is the Göbekli Tepe complex in southeastern Turkey, discovered in the 1960s. Then the archaeologists thought it was a Byzantine temple.

However, in 1994 it turned out that the building is much older, it is more than 12 thousand years old. And it was erected by those who did not know either agriculture or the potter’s wheel. That is, people of the Stone Age. 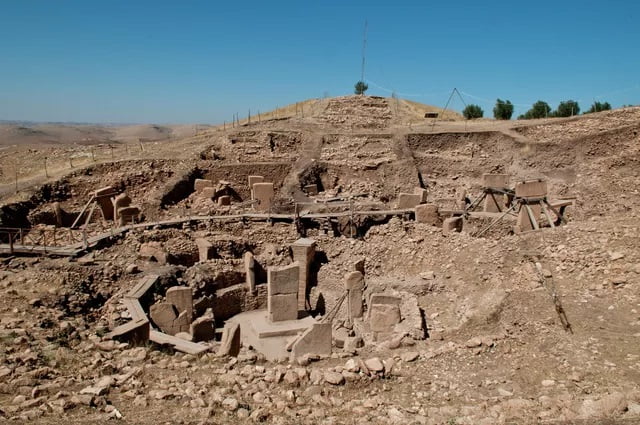 Meanwhile, we are talking about an impressive building. The complex consists of huge round buildings up to 20 meters in diameter. Along the edges are T-shaped columns up to five and a half meters high. They depict lions, bulls, birds, snakes and spiders.

But what kind of people were praying here? There are no settlements around. Specialists from the University of Edinburgh drew attention to one of the plates, where a vulture and a scorpion are depicted next to the headless human body.

“Computer analysis showed that we have before us nothing but a fragment of the starry sky: the constellations are indicated by symbols in the form of animals. That is, the complex was also an observatory,” they say.

Moreover, on the stele is not just an astronomical map, but evidence of a catastrophe – the fall of a massive meteorite about 13 thousand years ago. This led to global cooling and, as a result, the decline of the Neolithic culture.

True, scientists emphasize: you should not rush to conclusions. At the moment, only five percent of the huge complex has been studied. And, perhaps, the secret of another unknown civilization is yet to be revealed.