(ORDO NEWS) — In the north of Europe, an extensive deposit of rare earth elements was discovered, the first on the territory of the continent.

Mining there is planned to begin in the next decade, reducing dependence on the supply of valuable metals from China.

Rare earth metals are a group of 17 elements that have useful electrical and magnetic properties. The most popular of them is neodymium, whose alloys make it possible to obtain powerful magnets.

Both neodymium and other rare earths are used in almost any modern high-tech device. A typical electric car battery requires about a kilogram of such cells, the average wind turbine – 600 kilograms.

At the same time, they are really rare, so some scientists even suggest mining them on asteroids. China dominates the global market for rare earths, accounting for more than 60 percent of production; followed by the United States with 15 percent.

There are still no such developments in Europe, and the first such project may be a deposit recently discovered in Lapland.

This was reported by the Swedish state company LKAB, near one of the mines of which there are valuable deposits. 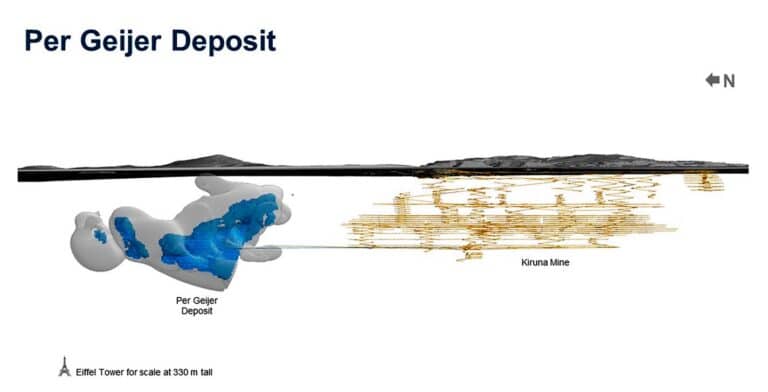 The Per Geljer deposit was found in Lapland, near the large Kiruna mine , where iron ore is being actively developed.

Its volumes are estimated at no less than a million tons of rare earth metals, although exploration is still ongoing.

In comparison, the largest known such deposit, Bayan Obo, in northern China, has about 40 million tons – almost half of the rare earths in the world are mined there.

Nevertheless, the reserves at Per Geldzher are quite significant and certainly the most extensive found in Europe.

They will allow the development of valuable elements directly in the EU, meeting local needs.

This will reduce the dependence of European manufacturers on China, reduce transportation costs and associated greenhouse gas emissions.

True, as LKAB notes, it will be possible to start mining only in 10-15 years, after detailed exploration has been carried out, and the authorities of Sweden and the European Union will issue all the necessary permits.