(ORDO NEWS) — The bowels of our planet Earth will surprise ordinary people for a long time to come. For scientists, this is a long and even eternal work of studying the natural world. A new failure discovered in China only confirms this.

The farther into the forest, the more firewood – and in general nature

In southern China, near Lei County, scientists have discovered an incredible sinkhole. And this is the thirtieth such funnel in the Chinese region.

Usually these failures are called karst. This time, scientists were struck not only by the size of the funnel, but also by its content. At its very bottom was a prosperous and untouched by mankind primeval forest. Its ancient trees are about 40 meters high, and shade-loving plants reach the size of a man. The size of the discovered funnel is approximately 306 meters long, 150 meters wide and 192 meters deep.

But the volume of the karst failure is more than five million cubic meters. In addition, three massive entrances were found within its walls.

It took Chinese explorers several hours to get to the bottom of the funnel on ropes. In the future, the flora and fauna of the failure is planned to be studied in detail.

The formation of karst failures is facilitated by diverse natural factors that have a direct and indirect impact on the earth: showers, mudflows, severe droughts.

Human activity can also have some effect on such funnels. Systems of karst failures reach and exceed hundreds of meters. And there are similar sights in China, Mexico and Papua New Guinea.

China pays $ 30 million to WHO against COVID-19

Top 10 cities in China with the highest GDP per capita

China pays $ 30 million to WHO against COVID-19

Top 10 cities in China with the highest GDP per capita 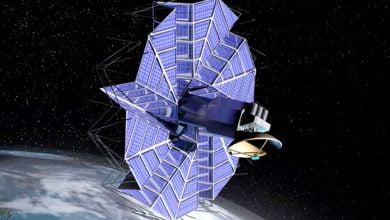