(ORDO NEWS) — A couple was walking along a beach in Brazil when they discovered a creepy object on the shore. People noted that what they found looked like “an alien’s hand in the sand.”

What would you think if you found such a “hand” on the beach?

Leticia Gomez Santiago and her boyfriend Devanir Souza were walking along the coastline when they came across a giant hand with long, bony fingers. They took a picture of the item and posted it on social media. 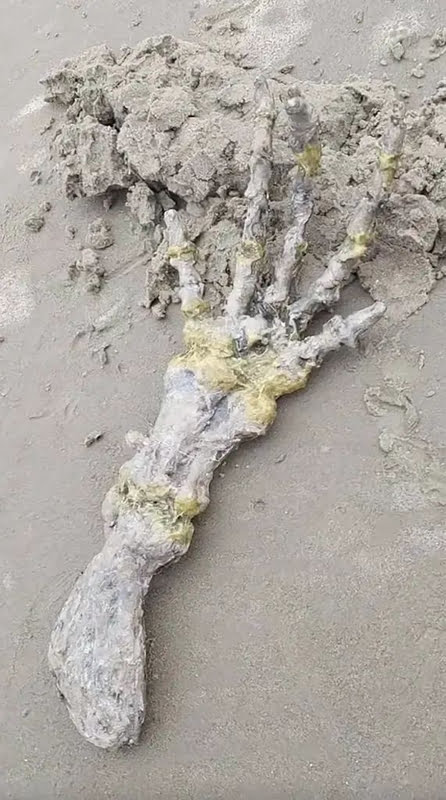 The photographs were noticed by marine biologist Eric Cuming, who said that the “hand” belongs to a cetacean, such as a whale, a dolphin, or even a porpoise. And judging by the stage of decomposition, the marine animal died about 18 months ago.

Although the found appendage looks like an alien limb, such anatomy is characteristic of marine mammals, which adopted this trait from their ancestors who walked on land about 50 million years ago.

Whales, dolphins and porpoises are the descendants of a stocky fox-sized animal with an elongated body and tail. This ancient creature roamed the land and hunted in the water until it became completely aquatic. 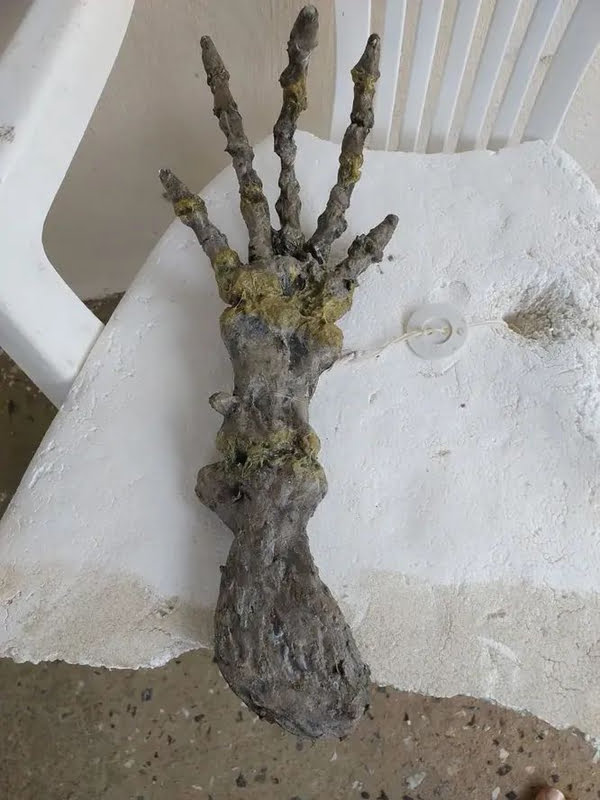 To illustrate the anatomy of cetaceans, last year Dr. Mark D. Scherz, assistant professor of vertebrate zoology and curator of herpetology at the National Museum of Natural History in Denmark, dissected a beaked whale that had washed ashore. Photos of the “hands” of the animal have excited the network around the world! 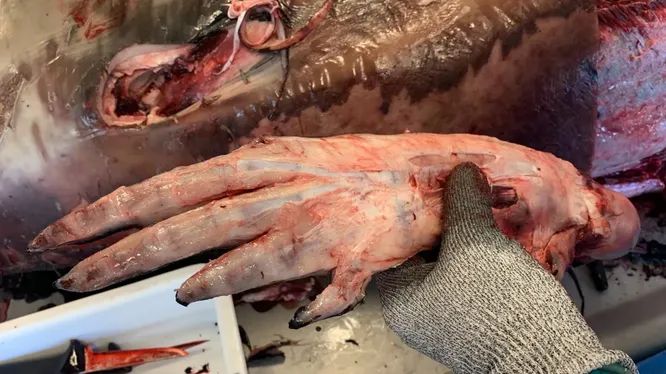 Then Schertz said: “Animal flippers have repeatedly evolved in various lines of mammals and reptiles, each time in a different way; but the fundamental structure is the five-fingered limb, but the specific structure [of the limbs] is very different.” 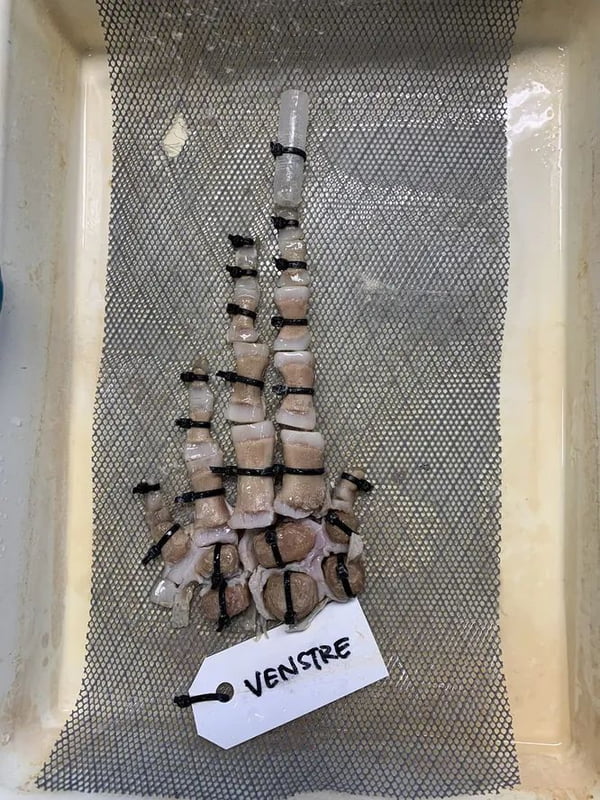 Did you know about this feature of marine animals?