(ORDO NEWS) —  Historians are studying a 350-year-old UFO case that remains a mystery to this day.

The incident took place on the afternoon of 8 April 1665 at about 2 pm when a group of fishermen anchored near Barhofft witnessed what they described as “ships in the sky” engaging in battle.

“After a while, a flat, round shape appeared from the sky, like a plate or a large hat of a man,” wrote author Erasmus Francis, who collected news reports about the incident in 1689.

“His color was the color of the darkening moon, and he hovered right over the church of St. Nicholas. There he remained motionless until evening.

The fishermen, excited to death, did not want to look at this spectacle anymore and covered their faces with their hands. 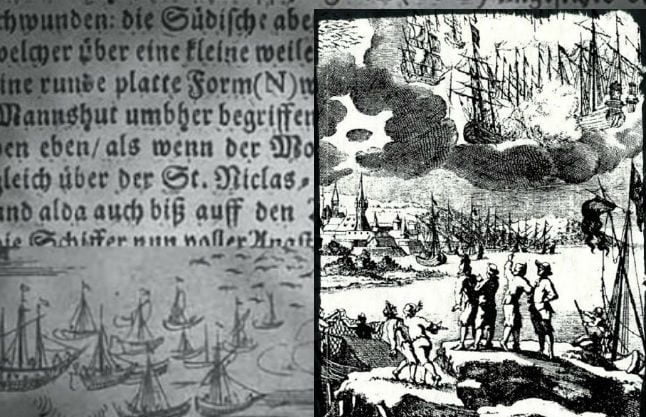 According to Francisca’s report, the people who witnessed the objects soon became ill and suffered from trembling and pain in the head and limbs. The entire incident was later deemed “unexplained” and the cause of the men’s symptoms was never found.

In their June 2015 analysis, researchers Chris Aubeck and Martin Shaw looked at several possible explanations for what the fishermen were seeing, but could not find a definitive answer.

They eventually concluded that this was a UFO sighting, although it is not known if it was one of the first in history.