(ORDO NEWS) — For two millennia, soot and mud covered the frescoes at the temple of Khnum in the Egyptian city of Esna, until painstaking restoration work by archaeologists unearthed these incredible works of art.

There are 46 images of vultures on the frescoes, representing the Upper Egyptian vulture goddess Nekhbet and the Lower Egyptian snake goddess Wadjet, who is also depicted as a vulture with outstretched wings. 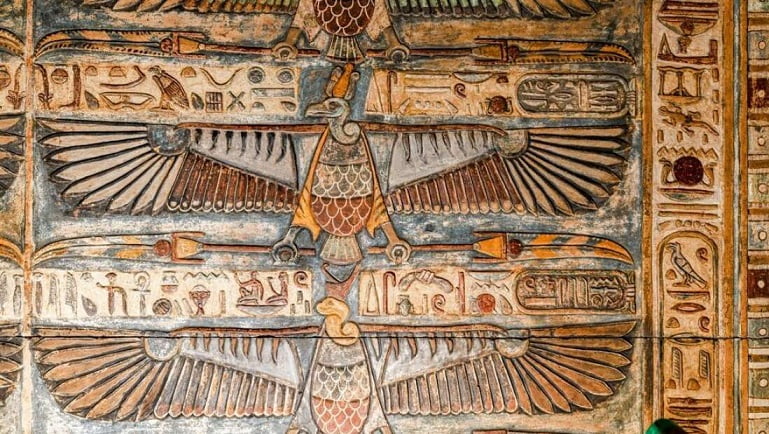 The restoration was carried out by the Institute of Ancient Near Eastern Studies of the University of Tübingen and the Egyptian Ministry of Tourism and Antiquities. They have been working here since 2018 to restore the original colors of the frescoes.

“Temples and ancient images of the gods were often painted in bright colors, but they usually faded or even completely disappeared as a result of external influences,” said Professor Christian Leitz from the University of Tübingen.

The temple was dedicated to one of the earliest Egyptian deities, Khnum, a ram-headed god who was considered the god of the source of the Nile. Khnum and his wife Neith are regarded as creator deities. 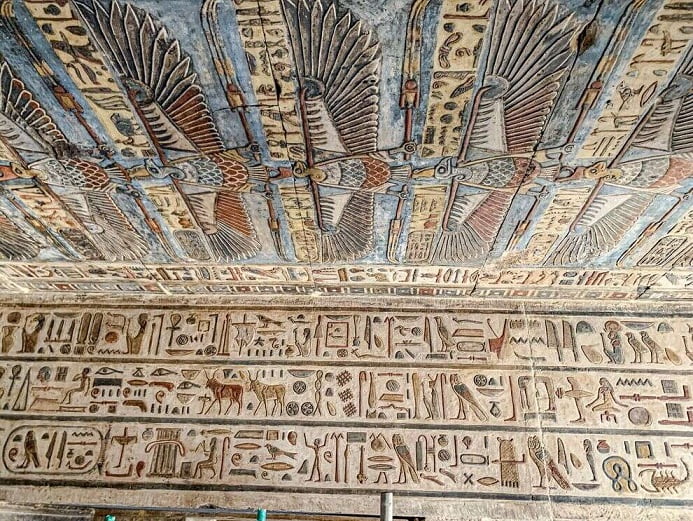 Construction of the religious building began in Ptolemaic times, but most of the remaining parts are from the Roman era, presumably around the time of Emperor Claudius (41-54 AD).

The temple attracted the attention of archaeologists back in the time of Napoleon, but it was in the second half of the last century that they began to study it in more detail.

“Since the 1950s, the French Egyptologist Serge Soneron has systematically documented the temple of Khnum at Esna and the paintings that were visible at the time,” said scholar Daniel von Recklinghausen, “the full range of images of the temple is unique in its richness of figures and state of preservation of colors.”

“For the first time, we can see all the decorative elements in relation to each other,” Leitz said.

Now the team of archaeologists plans to translate all the inscriptions, as well as study the relationship between all the images and writing in the temple.