(ORDO NEWS) — Jellyfish Turritopsis Nutricula is considered to be the only immortal creature on the planet.

Jellyfish Turritopsis Nutricula can rightly be considered an immortal creature. This animal, having reached maturity, settles to the bottom and turns into a polyp covered with a chitinous cuticle. Then, on the polyp under the cuticle, kidneys are formed, in which future jellyfish are formed. The most interesting thing is that such metamorphoses are repeated countless times, and the death of this creature is possible only if other predators eat it.

Initially, jellyfish Turritopsis Nutricula lived in the Caribbean, but gradually began to expand their habitat. Now this jellyfish can be found in almost all seas of the tropical and temperate zones. 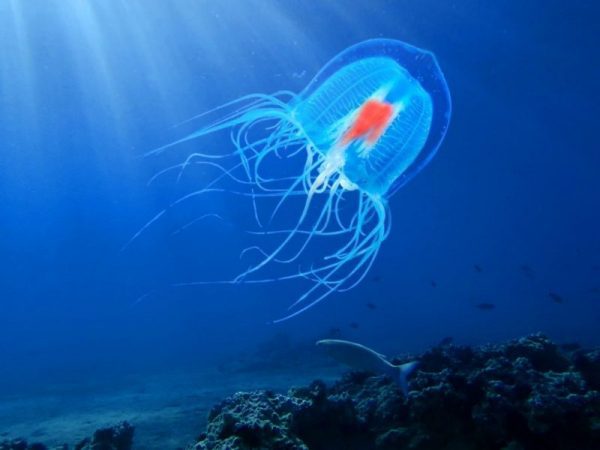 The supposedly ‘immortal’ jellyfish Turritopsis dohrnii has captivated scientists since it was discovered decades ago. One of the first researchers to study it, Ferdinando Boero, looks at whether this amazing organism really can live forever.

As with so many findings, the so-called ‘immortal jellyfish’ was discovered by accident. During a visit to my laboratory in the 1980s, a German student, Christian Sommer, and my very first student, Giorgio Bavestrello, collected a hydrozoan thought to be Turritopsis nutricula. This small, predatory marine invertebrate has two stages in its life cycle: a polyp-forming colony called a hydroid and the more mobile, recognisably jellyfish-like form called medusae. After being collected and reared in our lab, our Turritopsis hydroid released medusae. Then Sommer forgot about them.

Normally, in the hydrozoan life cycle, medusae mature and then spawn sperm and eggs. Any fertilised eggs become small larvae called planula. When these planula settle somewhere, a new hydroid colony grows once again, and eventually polyps in the colony release more medusae. 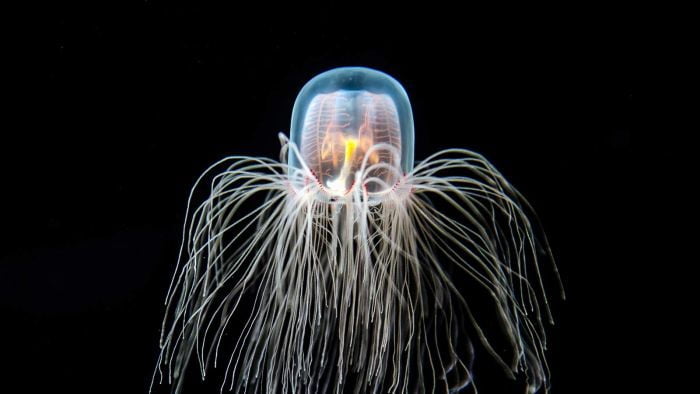 The medusae of the species we believed we had are not released with mature gonads. Normally they have to go off and grow, and become sexually mature, before spawning and eventually producing new planulas. Again, the planulas settle and produce new polyp colonies and, meanwhile, the medusae die.

When Sommer next checked the rearing jar, there were lots of newly settled polyps on its bottom. Puzzled by this, Sommer and Bavestrello continued their observations. They found that the new medusae, if stressed, fell on the bottom of the jar and transformed straight into polyps, skipping the fertilisation and larval stages (see above). This was even stranger – like a butterfly transforming back into a caterpillar.

Schmid had worked extensively on cell biology related to the life cycle of Podococoryna (another hydrozoan) and said that the cells of the medusa buds, while still forming from the polyp, could occasionally revert back to polyp cells. However, he thought once the medusa differentiation was complete, the reversal was impossible.

The workshop took place in a marine laboratory and we had access to the field, so I went diving and found some colonies of Turritopsis with medusae. I brought them to Volker and we obtained the newly liberated medusae. And then, under the eyes of Volker, the mildly stressed medusae (a little pinch with a tweezer is enough) transformed into polyps. They first became a ball of tissue and fell on the bottom of the jar. Then the ball of tissue produced a hydrorhiza (the basal stolon of a new hydroid) and, from it, a new polyp came out. Volker was amazed.