(ORDO NEWS) — French scientists have reported that ancient Mars may have had an environment capable of hosting an underground world teeming with microscopic organisms.

But if they did exist, these simple life forms would have changed the atmosphere so profoundly that they would have caused a Martian ice age and wiped themselves out, the researchers concluded.

The results provide a grim picture of life in space. Even simple life like microbes “can actually lead to its own demise,” said study lead author Boris Sauterey of the Sorbonne University.

In a study published in the journal Nature Astronomy, Sauteray and his team said they used climate and terrain models to estimate the habitability of the Martian crust about 4 billion years ago, when the Red Planet was thought to be covered in water and much more hospitable than it is today.

They suggested that microbes that absorb hydrogen and emit methane may have lived then just below the surface, in a few tens of centimeters of dirt. This is more than enough to protect them from radiation.

Any place free of ice could have harbored these organisms on Mars, Sauterey said, just as they did on the early Earth.

However, the supposedly humid, warm climate of early Mars would have been compromised by large amounts of hydrogen being sucked out of the thin, carbon dioxide-rich atmosphere, Sauterey said. 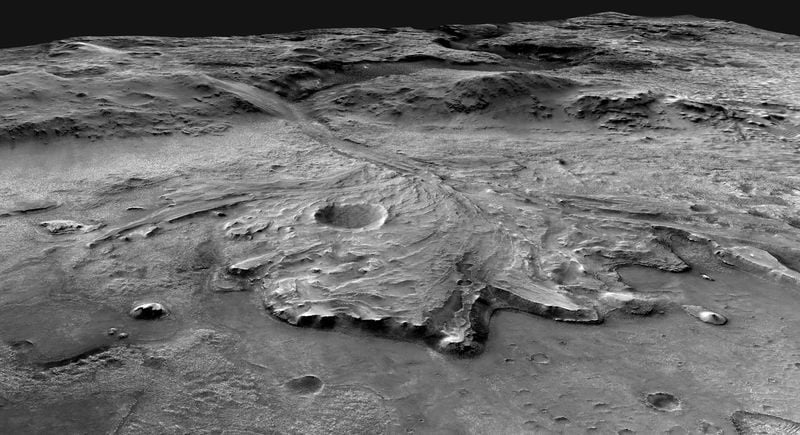 As temperatures dropped to nearly minus 200 degrees, any organisms on or near the surface would likely burrow deeper in an attempt to survive.

However, microbes on Earth may have helped maintain temperate conditions, given the nitrogen-dominated atmosphere, the researchers say.

Kaveh Pahlavan of the SETI Institute did his own research suggesting that Mars was humid with warm oceans.

Its atmosphere was dense and consisted mainly of hydrogen, which served as a heat-trapping greenhouse gas. Ultimately, he went to great heights and disappeared into space, his team concluded.

The French study looked at the climatic impact of possible microbes when the Martian atmosphere was dominated by carbon dioxide, Pahlavan said, and therefore does not apply to earlier times.

“However, their study clearly shows that if (this) life had been present on Mars ” during this earlier period, “they would have had a large impact on the prevailing climate,” he added.