(ORDO NEWS) — The writing system of the Chinese “Book of Changes” or “Classics of Changes” (“I-Ching”), rooted in the deepest antiquity, upon careful analysis, reveals at its core the binary number system and the positional principle of writing numbers.

The I Ching predates binary code by as much as 5,000 years and gives us reason to question our faith in digital technology.

It seems incredible that the ancient Chinese possessed such mathematical knowledge that our modern civilization began to actively use only in the twentieth century, entering the era of computing technologies based precisely on these principles.

And even more incredible is the similarity of the principles contained in the Book of Changes with the latest achievements of modern physics. 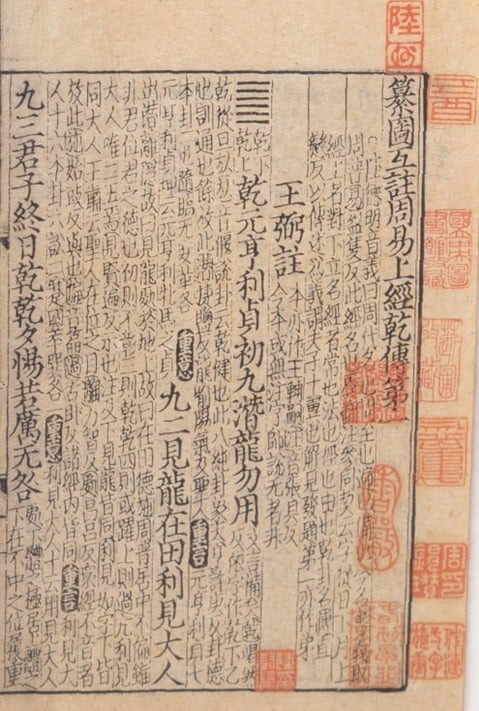 From ancient times to the present day, the I Ching has had a huge impact on the entire life of Chinese society.

The influence of the ideas of the Book of Changes can be found in all philosophical schools of both ancient and modern China. In its practical application, it is regularly used in every Chinese family, and has recently become widely used throughout the world.

The specificity of using the I-Ching is that it does not predict the future, but defines a detailed description of the current situation and recommendations, following which you can come to an optimal solution to problems and a favorable development of events.

In other words, The Book of Changes claims that its methodology can be used to determine the properties of any life situation and its development trends.

According to the I-Ching theory, the entire world process is an alternation of situations arising from the interaction and struggle of the forces of light and darkness, tension and compliance. Each of these situations is symbolically expressed by one of the 64 signs (hexagrams), consisting of two types of features.

One type is whole horizontal lines called yang. The other is a horizontal stroke, interrupted in the middle, called “yin”. Each icon (hexagram) has six such functions arranged in various combinations.

Each hexagram consists of two so-called trigrams (an icon of three strokes). It is believed that the lower trigram refers to the inner life, to promotion and creation, and the upper one to the outside world, to retreat, to destruction.

All known sources attribute the invention of trigrams to the legendary ruler of ancient China, Fu Xi, who was in power, as is commonly believed, from 2852 to 2737 BC (5000 years ago). Fu Xi depicted these characters in the following sequence.

In the philosophy of the I Ching, reality is not entirely real. It’s more like a dream or an illusion. This dream of reality emerges from the binaries of Yin and Yang as they play out their endless combinations.

From the point of view of the I Ching, it is not surprising that everything in a dream of reality can be represented as a model of its binary components, in a line of 1s and 0s processed by a computer.

The work of Gottfried Wilhelm Leibniz influenced centuries of technological innovation. Leibniz, a philosopher and mathematician, developed the binary number system that is still used today, but his approach to writing in binary made direct references to hexagrams and cosmological ideas found in the I Ching. 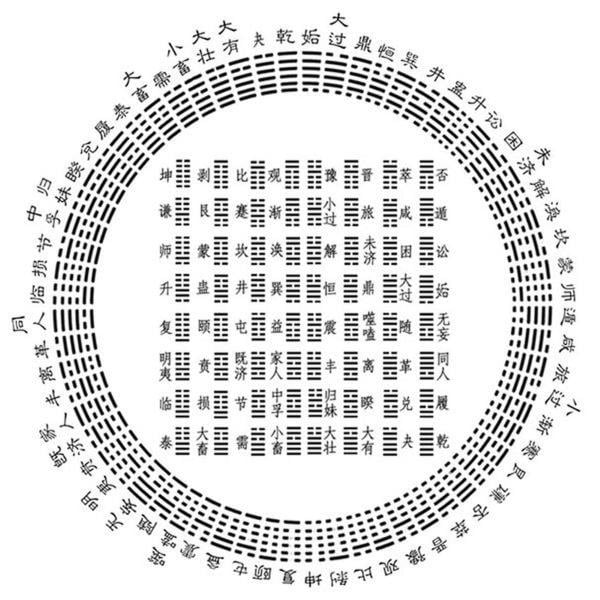 He is considered one of the first Western intellectuals to adopt ideas from traditional Chinese philosophy. He wrote about his own passion for leadership (I Ching) and noted that the hexagrams of the text corresponded to binary numbers from 000000 to 111111, arguing that the authors were much more advanced in mathematics than Leibniz’s contemporaries thought.

Leibniz argued that all matter could be represented in a binary sequence as ones and zeros or, as it was expressed in ancient literature, Yin and Yang, which he defined as terms representing polar abstract concepts.

After seeing binary representation in ancient texts, Leibniz was forced to continue his own writing of binary systems. This, in turn, became the language of modern computing still in use today, thus linking the 5,000-year-old text to the formation of the digital age.