(ORDO NEWS) — We are used to thinking that selection is aimed at improving the quality of animals and increasing species diversity. However, when a person undertakes to independently redraw nature for the sake of his interests, reality is cruel.

Since man has taken a dominant position in nature, he has not stopped playing with his “younger brothers.” Over the centuries, various species of animals underwent artificial changes: some were domesticated and learned to be obedient, others were too dangerous and were completely exterminated. With the help of selection, people created new types of living beings that satisfy their needs and simply demonstrate the capabilities of the intellect – but these actions also have a flip side.

This storyline has become one of the most popular in the genre of science fiction. Caesar, the protagonist of the Planet of the Apes franchise, is a direct result of genetic experiments. He is clearly smarter than the average monkey, and eventually surpasses the mind of even his own creators. A good example was the Indominus Rex, a dinosaur resulting from a hybrid combination of genes from other dinosaurs, reptiles and amphibians, which made it not only the most valuable exhibit of the Jurassic Park, but also the most dangerous predator in the fictional movie universe. Despite the fact that in reality such experiments have not yet been carried out, mankind continues to create more and more strange hybrids. But what does this actually lead to?

The dwarf domestic pig, or mini-pig, gained fame not only as a laboratory animal, which is convenient to conduct tests on, but also has become a very popular pet. Alas, many of those who acquired a pretty piglet, eventually became disappointed in their acquisition. For example, in 2015, CBS News reported that abandoned, lost owners of mini-pigs flooded the United States. A pig, even a dwarf one, is by nature an extremely voracious creature, and many simply could not provide them with enough food to keep the animal healthy. As a result, hungry pigs led the way of scavengers, eating up to large sizes due to food waste. The fact is that in order to maintain miniature mini-pig requires a special diet, non-observance of which leads to rapid growth.

Dogs became another victim of human addiction to genetics. At the dawn of civilizations, these domesticated animals played the role of watchmen and shepherds, and therefore the most intelligent and physically healthy individuals survived. Nowadays, when the wealth of the house is no longer measured by the size of the flocks, and the animals have been replaced by digital alarms, dogs are increasingly becoming a kind of accessory for exhibition events. In pursuit of external characteristics, breeders made these animals disabled: for example, pugs and French bulldogs from birth suffer from a very high risk of developing problems with the respiratory system associated with a canine disease known as brachycephalic syndrome. In 2013, researchers found that dogs suffering from brachycephalus experience difficulties with heavy physical exertion and suffer from overheating already at 19 ° C. 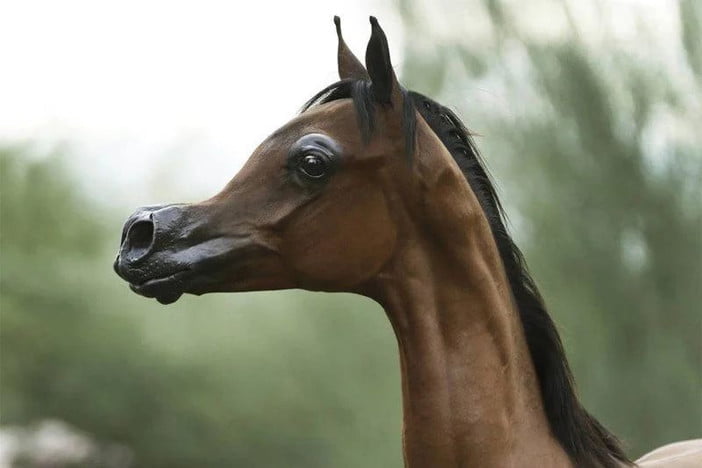 Horses are another example of how hybridization and breeding can change an initially powerful and hardy creature. It’s not just about the breeds that are bred specifically for racing. Portal New Scientist reports that in the United States gaining popularity Arabian horses “without a face”, with a very specific appearance. This physical trait is nothing more than a pathology that causes the horse to have breathing problems. British equestrian specialist Tim Gritt notes that such a deformation has far greater consequences for a horse than for a person and even for a dog, since the horse can take a full breath only through the nose.

How to be in this situation? Jonathan Picon, president of the British Veterinary Association, says that every animal that develops pathologies due to breeding manipulations is an excellent material for researchers. Having studied such problematic cases, in the future, scientists will be able to avoid more serious mistakes. However, in the end, everything, as always, rests on the morality of the person himself: it remains only for you and us to decide whether we have the right, for the sake of consumer interest and personal goals, to turn animals into deformed, sick creatures from birth. 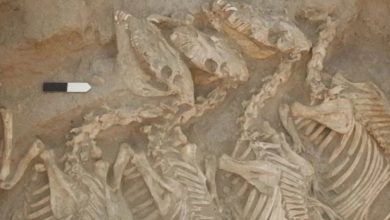