(ORDO NEWS) — The East Coast of the United States is forecast to soon be hit by the third consecutive La Niña event, bringing cold weather, hurricanes and drought.

It looks like the United States is facing a La Niña for the third year in a row, and this phenomenon could be devastating for the country in this difficult economic period.

This rare phenomenon has only happened three times since 1950 – at the turn of the 20th and 21st centuries. Predicting La Niña is difficult – climate scientists probably won’t be able to figure out which way the winds will blow until September.

You may be familiar with El Niño, a periodic warming event in the Pacific that occurs every few years and shapes global weather patterns.

But you may not be as familiar with her twin sister La Niña. Both are part of a climate pattern known as the El Niño Southern Oscillation (ENSO), which results in changes in weather patterns that last for months.

A drought is coming to the US

When El Niño is active, sea surface temperatures rise above average in the central and eastern tropical Pacific, according to the National Weather Service.

As a result, the trade winds in the Pacific are weakening, and rainfall patterns are changing around the world, leading, for example, to droughts in Indonesia and floods in Peru.

This change lasts from nine to 12 months, after which the Pacific Ocean either returns to a “neutral” year, when the sea surface temperature is neither above nor below average, or moves into La Niña.

ENSO climate cycles go through El Niño and La Niña events approximately every three to seven years. However, La Niña (“little girl”) was not officially recognized by climatologists until the 1980s.

Although this cycle pattern is stable, its behavior is difficult to predict, especially as it approaches the swing point.

Unlike El Niño, La Niña can last for several years. According to the National Center for Climate Prediction, 2020 and 2021 were La Niña years and there is currently a 52% chance of this happening.

The last La Niña triple crash was over two decades ago, from 1998 to 2001. It is reported that this climate fluctuation can give rise to a season of drought and powerful hurricanes on the east coast of the United States. In a difficult economic situation, this can be a blow to the country. 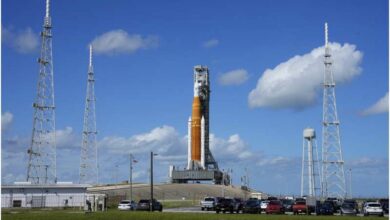 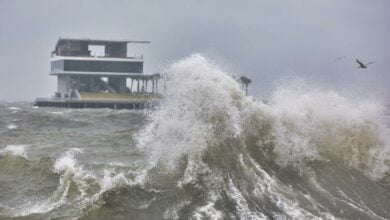