(ORDO NEWS) — This is one of the first studies to look at how hunger affects people’s emotions in everyday life, outside of the lab.

“You’re not you when you’re hungry,” says a famous ad from the 2010s. Indeed, having skipped breakfast, we seem to feel more irritated, angry, and cannot enjoy ourselves.

This was confirmed by scientists from the School of Psychology and Sports Sciences at Anglia Ruskin University in Cambridge and the Karl Landsteiner University of Medical Sciences in Austria, who studied the effect of hunger on emotions in everyday life.

The authors of the article recruited 64 adults from Central Europe aged 18-60. They were asked for three weeks, five times a day, to note in a special application for smartphones whether they feel hunger, anger, irritability, arousal, pleasure. At the same time, the volunteers had to lead a normal life and engage in daily activities.

After analyzing the information, the researchers concluded that hunger – both during the day and after a three-week period – caused more intense feelings of anger (34% of cases) and irritability (37%), while depriving of pleasure (38%).

“The results remained significant after adjusting for participants’ gender, age, body mass index, diet type, and anger characteristics. In contrast, the association with arousal was not significant. This proves that daily hunger levels are associated with negative emotions,” the authors said.

Why does hunger control emotions? One hypothesis is that low blood sugar levels are associated with impulsivity, aggression, and anger.

However, it is unclear whether this may be due to small fluctuations in glucose levels. According to the scientists, while their study does not provide any solutions, the ability to recognize and analyze emotions is useful in itself.

“Often we can be aware of what we feel, but not understand the reason. If you can catch it, you can do something about it. It is important to be able to identify sensations such as hunger in order to mitigate negative consequences, ”said Viren Swamy, professor of psychology at Anglia Ruskin University.

In addition, the work raises a serious issue: children who go to school hungry are less likely to do well in school and are more likely to exhibit problem behaviors. Therefore, proper and nutritious nutrition of adolescents – as well as adults – should be a priority.

Can algae in the Black Sea lead to death of people

Can algae in the Black Sea lead to death of people 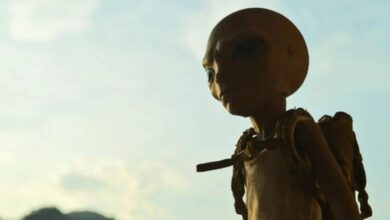