(ORDO NEWS) — As the world’s climate changes inexorably, many species are forced to change their habitat, moving to cooler regions, such as the mountains.

In a new study, scientists decided to test whether one species of hummingbird will be able to adapt to mountain conditions, which may one day save the lives of the descendants of these birds.

As the Earth‘s climate changes, more and more animals face problems in their habitats: polar bears ( Ursus maritimus ) are more often cut off from the pack ice on land, and saigas ( Saiga tatarica ) in the Kazakh steppes suffer from lack of food due to abnormal droughts.

One potential way to solve this problem is to shift your range towards cooler areas, such as climbing mountains.

However, solving one problem, the mountains throw up a new one: on a hill, the air is less dense, so not everyone can breathe it. This is especially true for species with a high metabolic rate, which are forced to consume huge amounts of oxygen every second just to stay alive.

Perhaps the most striking representatives of such “gum” animals are hummingbirds, the world’s tiniest birds with an amazingly fast metabolism, capable of starving to death in just a few hours.

Anna’s calyptus ( Calypte anna ) in this respect does not differ from her fellow tribesmen, and in some ways even surpasses them: being a crumb half the size of a sparrow, she is able to cover a distance 385 times the size of her body in a second.

For comparison: a diving peregrine falcon, which is often called the fastest bird on Earth, develops a speed of up to 200 body sizes per second, and a MiG-25 aircraft only up to 40.

To understand how the change in altitude will affect the health of these mega-active birds, a team of scientists compared hummingbirds from different points of the range (Anna’s calyptus live at an altitude of ten meters to almost three kilometers), and then raised 26 birds another 1200 meters up.

To measure the metabolic rate, the amount of food eaten by the birds, the intensity of breathing and sleep time were recorded.

Scientists have found that in the mountains, Anna’s calyptus seem to slow down: they fly less, hover less often in the air (at this moment their metabolic rate is the highest), and when resting, they more often fall into something like hibernation, slowing down their metabolism by 37 percent.

In other words, in order to cope with the lack of oxygen in the air, the birds are forced to fly less and, therefore, feed, and without serious physiological adaptations, this can lead to gradual exhaustion of the body and death from hunger.

By the way, those hummingbirds that already live on the upper border of the range differ from those that live in the lowlands with an enlarged heart (and it is already huge in hummingbirds: it occupies up to 50 percent of the body volume), due to which they have better blood circulation.

Perhaps, if in the future the calypts of Anna nevertheless begin to adapt to life in the highlands, such a big heart will become the norm. But this will be possible only if the changes occur gradually, over several generations. 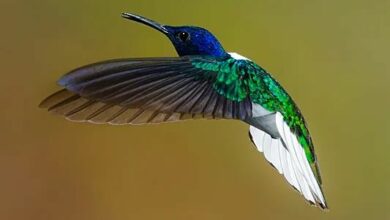 Reason for the soaring flight of hummingbirds is revealed