(ORDO NEWS) — Lavender is one of the most famous plants in the whole world. It is popular in gardening, baking, cleaning and medicine.

The delicate purple flowers have been around for thousands of years and have been used for a variety of purposes throughout history.

This renowned herb has antimicrobial properties and is used to soothe anxiety, relieve pain and heal wounds, among many other uses.

Although lavender is primarily a Mediterranean herb, it is hardy enough to grow in many areas of the world, including the US, UK, and Australia. The use of lavender has spread throughout the world.

In each case, it has been actively used and demonstrated its effectiveness against various pathogens and diseases.

Its origins and uses throughout history give us a fascinating insight into the popular world of lavender.

From Spikenard to Lavender

The earliest known references to lavender date back to over 2,500 years ago. Evidence of the use of lavender can be found in ancient Egyptian mummifications and early Roman public baths.

Lavender is believed to have originated in the Greek islands of Gieres and was brought to France, Spain, Italy, and England by the Arabs around 600 BC.

The use of lavender goes back so far that there are even references to it in the Bible, in particular, in the Gospel of Luke, the Gospel of John and the Song of Songs of Solomon.

In Scripture, the plant is referred to as “spicenard”, which was its original name. A common passage using lavender in the book of John refers to Mary anointing Jesus’ feet with expensive perfume:

“Then Mary took a pound of spicenar ointment, very dear, and anointed Jesus’ feet, and wiped His feet with her hair, and the house was filled with the fragrance of the ointment.” John 12:3

At that time, this herb was so actively used in sacred rituals that it was very expensive to find it.

The term “spicenard” comes from the fact that the plant was called “nardus” or “nard”, since in the Syrian city of Naarda, a sacred essence was often made from it.

Its name was changed to lavender a little later by the Romans, from the Latin verb “lavare” which means “to wash”.

Lavender has often been used in baths due to its pleasant, strong scent. It may also have been used for its antimicrobial properties, but whether these properties were known to ancient communities is unknown beyond speculation.

Washerwomen in medieval and renaissance Europe were called “lavender” because they laid out freshly laundered linen on lavender bushes to give it a pleasant smell.

Lavender was used so frequently in baths that it was especially popular with royalty, who had more access to lavender bushes. King Louis XIV was especially famous for using lavender in his baths to scent the water.

In the 16th century, lavender was not used for its antimicrobial properties, but was often hung over doorframes to prevent evil spirits from entering buildings.

It was also said that having lavender in the house or bathing in it prevented “evil fits.”

On Saint John’s Day, a religious holiday, the Spaniards and Portuguese would throw lavender on the floor of their church or on the fire to ward off evil spirits.

Later, in the 19th century, travelers sold lavender on the streets across Europe to ward off bad luck and bring good luck.

Although the concept of “antimicrobial” was not fully understood in ancient history, many people have noted the relationship between the use of lavender and the treatment of common diseases.

In the 9th century, gravediggers who bathed in the four thieves’ vinegar (containing lavender) in the evenings after dirty work were reported not to contract the plague.

In the 16th century, glove makers who used lavender to rid their products of bad odors reportedly never contracted cholera.

In the 12th century, Hildegard of Bingen, a German saint and nun, claimed that “lavender water” – a mixture of vodka or gin mixed with lavender – cured migraines.

Dioscorides, a Greek physician, wrote in his medical journals that he used lavender as an oral remedy for indigestion, sore throats and headaches.

He also said that it could be taken to prevent external wounds from becoming infected.

These theories were later confirmed by John Parkinson, a 16th-century English herbalist. Parkinson claimed that lavender was “especially good for all the woes and pains of the head and brain” and was regularly given for headaches.

Those who had the opportunity to receive lavender regularly put it in their pillowcases to prevent headaches and promote good sleep, which is still being done today!

King Charles VI of France, like many royals who had access to lavender, required fresh lavender in his pillowcase so he could sleep well.

Traditional Asian medicine was the first to claim the benefits of lavender for relieving stress and anxiety.

René-Maurice Gattefoss, a French chemist in the 1930s, discovered the healing properties of lavender when he burned himself in his laboratory.

He smeared the burn with lavender oil and found that the wound not only did not become inflamed, but also healed much faster than with other ointments.

This discovery inspired Gattefosse to coin the term “aromatherapy”, referring to the treatment with aromatic plants such as lavender.

Through his work, lavender was used during World War II to heal the wounds of soldiers.

Another French scientist, Marguerite Maury, used lavender oil on the skin to massage and made the first recorded aromatherapy massage.

The United States was one of the last countries to gain access to lavender. Lavender was brought to the US and Canada by English Quakers who set up herbal farms to sell simple lavender products.

Over time this group evolved into the Shakers and they became known as the first group in America to sell lavender products commercially. Their products include oils, balms, soaps, teas, and oral supplements.

Herb to set the mood

Throughout human history, lavender has been used primarily in religious rituals or for medicinal purposes. However, lavender has another major use in history – in love.

Throughout ancient history, lavender has often been mentioned in connection with love as a romantic gift or aphrodisiac.

In the biblical Bible book Judith, Judith used her beauty and charm to save oppressed Israel.

The book describes how Judith anointed herself with lavender perfume to seduce Holoferemes, the enemy general of the book.

After successfully seducing him with lavender perfume, she was able to kill him and save Israel.

The Queen of Sheba, also mentioned in the Bible in 1 Samuel and 2 Chronicles, gave King Solomon “spikenard” among many other luxurious gifts, including frankincense and myrrh.

In Tudor times, women drank a lavender drink on St. Luke’s Day (Christian tradition) to discover the identity of their true love. Alpine maidens left lavender in their pillows in the hope that it would attract a lover.

Lavender has been used for romance and good luck in love for newlyweds. Lavender was traditionally left under the bed of newlyweds to inspire passion between the new couple.

A song from the late 1600s in England called “Diddle Diddle, Or the Kind Country Lovers” has the lyrics saying,

You gotta love me, diddle, diddle

because I love you,

I heard one say diddle diddle

since I came here

That you and me, diddle, diddle,

This song was later rewritten in the 1800s as part of the book “Songs for the Manger” in which the lyrics were changed to,

When I become a king, you will become a queen;

Call my maids at four o’clock

Some to the wheel, others to the rock;

Some – for haymaking, others – for cutting corn,

And we’ll warm the bed with you.”

Obviously, lavender and romance were closely intertwined. However, it should be noted that throughout human history, the connection between love and lavender has not always been sexual.

Lavender was also used to express platonic love, as evidenced by traces of lavender left on the inside of Tutankhamun’s tomb.

Lavender is still used throughout the world for medicinal and health purposes. In particular, in recent years, aromatherapy has gained popularity for those who want to relieve stress and pain.

Scented pillow sprays, oil warmers and balms are regularly made using lavender. It is also used to relax muscles and is used in cleaning products for its antibacterial and antifungal properties.

Lavender can be grown at home for personal use. Plants generally require bright, direct sunlight and well-drained soil to thrive.

They don’t need a lot of water, which made growing lavender year-round for the English royal family quite challenging for medieval gardeners.

Luckily, they also don’t need fertilizer unless they’re sick, and only need pruning once a year. If successful, you will quickly grow a beautiful lavender bush! 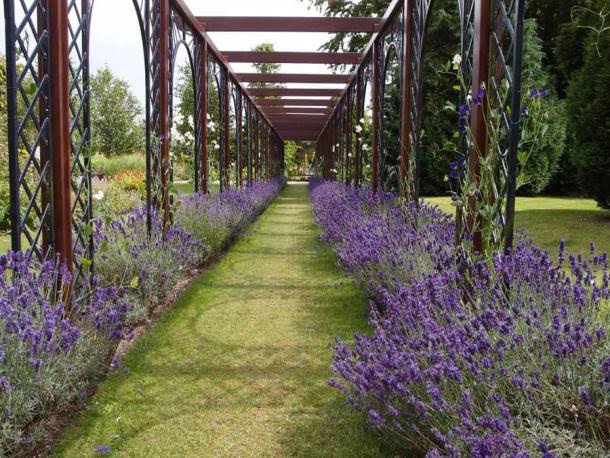 Lavender can be used for a variety of household purposes, including air fresheners, perfumes, lotions, and oils. You can also dry herbs and use them in cooking and baking.

Dried lavender is great for homemade heating pads, as it can be poured into a bag of rice, covered, and microwaved.

Oral supplements in the form of oil or food (if taken safely) have been shown to reduce anxiety, depression, menstrual cramps, and pain in some people.

Finally, if you’re not interested in lavender for its medicinal properties or scent, you can always gift it to your loved ones to show them how much you love them. In the end, it worked for Cleopatra.

In this country, Mercedes is most loved. Ready to be surprised?

In this country, Mercedes is most loved. Ready to be surprised?