(ORDO NEWS) — Well-known Taiwanese ufologist Scott Waring made another discovery while studying NASA images. This time, an expert in the field of the unknown discovered a 400-kilometer alien labyrinth on Saturn’s moon Titan. He spoke about this on his official website.

First of all, the ufologist focused on the fact that when studying the images he added more sharpness, which made it possible to see mysterious structures on Titan that resemble the shape of a labyrinth.

Scott Waring was puzzled: “How is this possible outside the Earth.” Against this background, the expert suggested that the celestial body in question is not a satellite at all, but an ancient space station.

Waring further discovered that the labyrinth was marked on the map of Titan as Ginaza labyrinthus. Thus, the ufologist believes, NASA is aware of the existence of these structures.

“This is a complex irregular network of passages or paths that make it difficult to find your way. This was the missing proof I needed. By designating this area, NASA has actually acknowledged the existence of these structures! Such evidence is indisputable.

Do I need to say more? Maybe a little bit? The radius of Titan is 2574 km, which means that the width of this labyrinth is about 70 km, and the length is more than 400 km.

The walls of some parts of the labyrinth have a height of 0.25 to 75 km. Now we know why NASA is blurring so much on this satellite map,” said the expert. 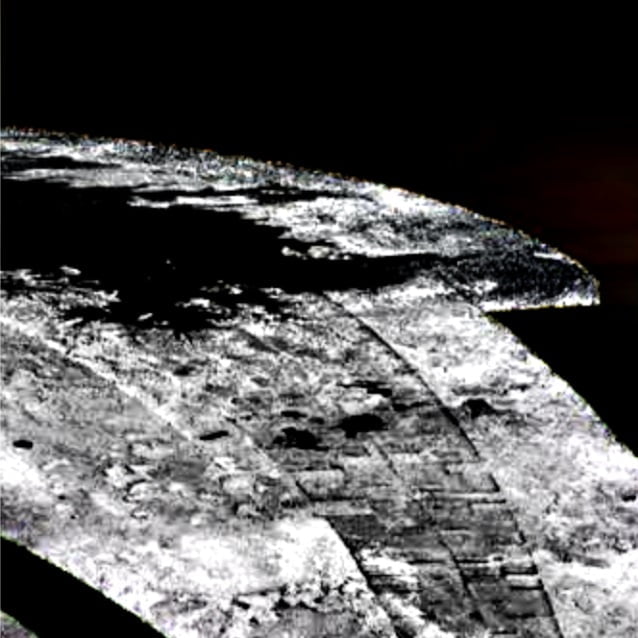 Of course, the matter was not without active discussion of the find, given the number of Waring’s subscribers. Many users are simply delighted with this material, coming to the consensus that some ancient civilization built this mysterious labyrinth.

“I have never seen so many right angles and artificial structures, it’s just fantastic”; “I believe that every celestial body in our solar system has structures built by civilizations of the past and perhaps even current ones”; “I would think that all this goes back to the time of the Saturnian wars, which are spoken of in many ancient scriptures and epics .

I also think that it was connected with the Anunnaki, when not only the war raged on the scale of the entire solar system, but also the Galactic one, ”the fans of the ufologist write.